National Water and Sewerage Corporation (NWSC) has renewed it’s appeal to it’s customers and general public not to participate in a purported ‘gifts promotion’ running on social media.
NWSC Director of Corporate Affairs Samuel Apedel, clarifies in a message issued last evening that; the Corporation is not in any way running such à promotion and therefore people should shun it because it is total fraud.

“NWSC management would like to warn the public and it’s customers that there are unscrupulous people using a fake web-page purporting to give gift vouchers to customers. These are fraudsters seeking to cheat the customers” he told The Inspector.
He alerted people that NWSC is not running any web-based gift lottery, adding that even the web page purporting to give these gifts to customers doesn’t belong to NWSC.

“Don’t be cheated.. NWSC only communicates to it’s customers through official channels. Report any fraudulent message purporting to run any gift lottery to police or to NWSC platforms including social media” he says.
In the purported gift lottery, the fraudsters designed a web page bearing NWSC logo in the corner.
On the purported page, they put the word ‘Congratulations in a ‘fake’ promo dubbed ‘NWSC Give Back User Activities’
“Through a questionaire, you will have a chance to get Shs1m. The first question, Do you know NWSC?” says their page.
In trying to make it credible, they put a big picture of the NWSC managing director Dr. Eng. Silver Mugisha with other staff some of who are reported to have left the entity. On the same picture, sacked former minister for water Ronald Kibuule is seen posing for a photo with NWSC top management.

Interestingly, there are some responses to the fake promo with some people answering in affirmative.
One of them Sallie Hull says ‘I like these promotions’
Another one says ‘I received it, thanks a lot’
Another says ‘i thought it was a fake promotion but I was wrong’
Another person adds ‘I participated, won and I received it in 5days’
However, NWSC says all these are fake and are only intended to dupe the public and it’s customers. He asked the public to be on the look out for such criminals and report them to NWSC and relevant authorities.
He said that a similar fraud was attempted in 2021 November but NWSC managed to deal with this scam. 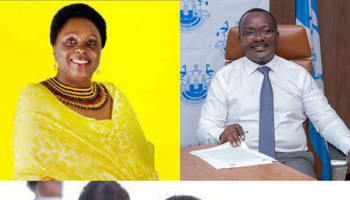 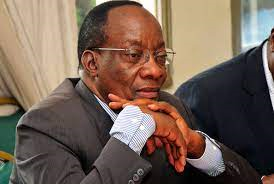