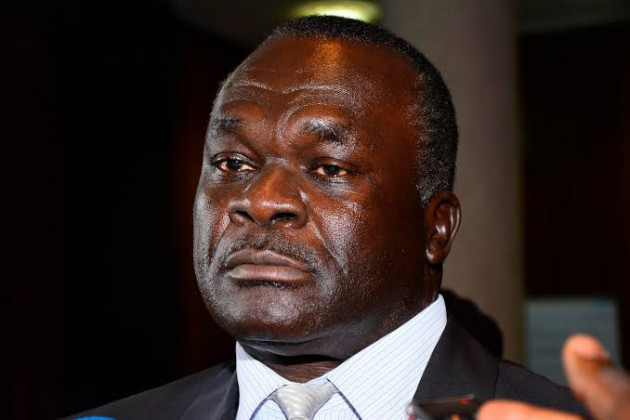 In naming the new Chief Justice, interviews were secretly conducted by the Judicial Service Commission. This commission chaired by ustice Benjamin Kabiito allegedly made recommendations to president on the best candidates to be named CJ. According to our Inspectors in the commission, among those who sat for these interviews and were recommended for the job was former minister and attorney general Kiddu Makubuya.

To prove that there was no influence peddling or conflict of interest, the commission even decided to forward all results of the candidate’s performance, CVs and comments on each arising from the performance.
Inspectors in the commission suggested that actually, Makubuya scored higher marks than his other competitors and his name was thus reportedly forwarded for the top seat in the Judiciary.

Inspectors said even Dollo was among those interviewed although the former artoney general got more marks than the rest.
However, when the president perused through the report by the Commission, he decided to name Dollo Alphose Owiny as the country’s number four (read chief justice).
“From then, the commission adopted a practice of forwarding names and performance record by all candidates to H.E because we saw that he has other particulars he considers before naming a CJ. Otherwise, for now, Makubuya would have been the CJ” says an Inspector in the Commission.
In fact, we are told to date, the commission takes all results of candidates to the president for him to choose since that incident.

“The president says getting higher marks isn’t the only criteria he follows. He thinks by the time someone is shortlisted for interview, that person is capable of working, marks not withstanding. There are issues of record and loyalty” an inspector said.
It is not clear why Museveni allegedly turned down Makubuya proposal by the Commission but what was clear is that this former Law lecturer during his time in cabinet suffered turbulent times. He was for example indicted by the Public Accounts Committee of Parliament over allegations of involving himself in the bogus deal of shs149bn awarded to city shadowy tycoon Hassan Basajjabalaba. Museveni ordered him together with then Finance minister Syda Namirembe Bbumba to resign from cabinet or be ready to face censure by parliament. Prior to this mess, Makubuya had served in other dockets like ministry for justice and constitutional affairs that of education and sports.

“Therefore, his record seems to have worked against him at the time of searching for a new CJ to replace Bart Katureebe. This is how I think Dollo came into the picture” the inspector opined.
And to make matters worse for Makubuya, the recruitment came at a time when Buganda was so politically active under the People Power Movement led by Robert Kyagulanyi. And yet, like the norm, all Uganda’s presidential election results have ended up in court.

Inspectors said that this Makubuya Intel landed in the ears of Mengo government and somehow, it became a matter of silent debate on how government was allegedly sidelining it’s people. In the ensuing episode, Buganda fell to Opposition National Unity Platform (NUP) just like Busoga did at presidential level. As fate would have it, Kyagulanyi went to court but withdrew the case after complaining about the ‘suspicious conduct’ of the Court headed by CJ Dollo.
“Therefore, when Dollo attacked Kabaka, he didn’t know that Mengo was already grieving over its CJ job loss and this opened old wounds he wasn’t aware of” says an Inspector.

On the other hand, Inspectors said; the president was equally rattled when the CJ made statements that seemed to cause disunity among people at the time speaker Oulanyah had died.
“People had united and were all towing the same line. By the CJ making those comments, he was indirectly inciting Baganda against government which was trying to calm down the Acholis whose son had died. Therefore, it was only fair for CJ to apologize so that Oulanyah can go in his full respect” an inspector said.

Away from the office of the CJ, is another issue of culture. In Acholi culture for example, it’s said when a woman opens her behind against you, it is taken as a curse and therefore a misfortune. The person to whom this is done, is supposed to undergo cultural cleansing by taking goats and the rituals are performed on that person. It is as the same as killing an innocent soul.
This same thing is said to be among Baganda where a person is always warned against annoying an elderly woman lest she spells doom on you by exposing her buttocks in public but directed to her adversary.
Those knowledgeable on Acholi culture, told this news site that even some of Museveni’s ministers were in 2014 asked to go for such cleansing in Acholi after elderly women undressed before them protesting takeover their land at Apaa in Amuru district.

Eventually, one of the ministers died within days while another lost his parliamentary seat and cabinet job to date.
With this history still vivid among many in government, Inspectors said Dollo could have decided to make peace with Mengo to keep in good relations with the monarch who is the political, cultural and moral emboidment of the ethinic group he attacked (Baganda).
“What if some women did the same to the CJ because he attacked the Kabaka? Mending fences with Mengo puts him at peace with everyone and we move on” says Jalia Nakintu in Busega and she applauded Dollo for his actions and Mengo for accommodating his apology.

The CJ Dollo this morning rushed to Mengo to meet the Katikkiro Charles Peter Mayiga to deliver his apology to the Kabaka over his statement claiming that the Kabaka had been transported to Germany for treatment in the presidential jet. Mengo protested this statement saying it was false because Kabaka travelled in KLM, a Dutch airline company. Katikkiro has since urged all Ugandans to forget the past and move on following Dollo visit.
Watch the space!

HOW WE LOST IT! Bobi Names Top Moles Who Sold Opposition Secrets To M7 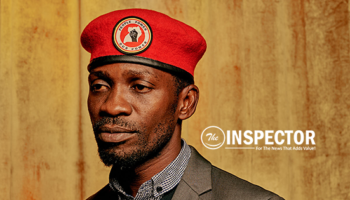