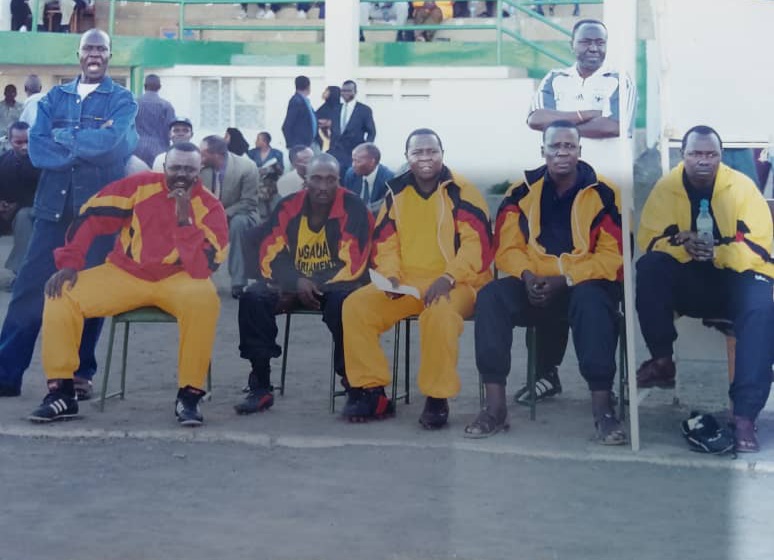 He might have been a lawyer and politician but fallen speaker Jacob L’Okori Oulanyah had sports as his side dish.
And he not only watched those in the pitch doing their thing, but also joined the pitch and launched deadly missiles as he backed up his troops in the attack positions in front.
This is how he at one moment, Oulanyah saved the country from a big embarrassment in Arusha courtesy of his vertical endowment.

Among his teammates, Oulanyah was refered to as SAM to mean Surface to Air Missile given his height which he used to full capacity to thwart any effort by opponents in the pitch to score goals by whatever means including aerial capabilities!
The man from Omoro we can confirm is still a debate among his pals who participated in the revitalization of the hitherto defunct East African Community (EAC) games.

His close pals suggest on the day to officially relaunch the EAC, parliaments of the three partner states Uganda, Kenya and Tanzania coverged in Arusha and friendly matches between the nations’ parliaments were played.
On the Ugandan side, the speaker Edward Ssekandi was pretty sure that his team was going to make miracles after all, he had a strong team. Among all his trusted cadres was Jacob Oulanyah who was playing defense and at times midfield.
Inspectors suggested that at one moment, a striker from Kenya almost scored a sharp goal but Oulanyah couldn’t allow.
“He used his height advantage to thwart the ball that was about to enter the net. Even the goal keeper had failed because it was a high kick. Oulanyah jumped in the air and saved the situation using his head. That’s how we survived” an inspector recalls.

While in the midfield, Oulanyah would apply legendary Pele skills and left all spectators in smiling mood.
“This man plays football as if it started from their area” an inspector recalls while playing Kenya.
“We were in Arusha during the inauguration of EAC when it was restablished among the three former state countries-
Kenya, Uganda and Tanzania.

This was when we were in 7th Parliament. This was our parliamentary team” an inspector explains adding that,
“Oulanyah played in the defence and midfield. Everytime he was at the back, we knew we had our full artillery in him. No one dared break our defenses. He had the capacity to repell attackers from surface and air given his height. We used to call him SAM (Surface to Air Missile)” says an inspector.
In some of the leaked pix from his pals, Oulanyah is seen wearing a Jessey and adidas ready to teach his opponents a lesson in the pitch. He is seen seated alongside teammates Col. Steven Basaliza (Burahya) Sulaiman Madada (Bbaale), John Eresu (Kaberamaido) and Charles Bakabulindi (workers) all of whom look young men. This was the 7th parliament chaired by Ssekandi.

“It was like a soccer gala. It was the initial match that each team had to play with other teams. It was more of friendly matches to commemorate the occasion” says an inspector.
In this picture, Oulanyah’s contemporaries have since left parliament and are doing other things. Apart from Bakabulindi who’s still a workers’ MP, the other members in the picture including ‘a yawning’ Louis Opange (then MP Pallisa county) have since left politics. Oulanyah too was still politically active only for the ugly Angels of Death to visit him and terminated his stay on earth a week ago. It should be recalled, the late speaker Oulanyah (RIP) was also a man of bikes and was a member of Uganda Bikers Association. 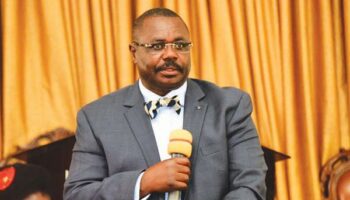 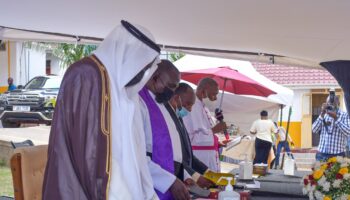 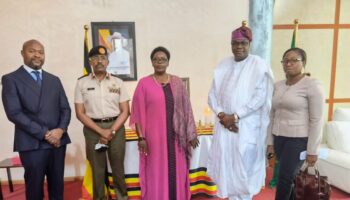 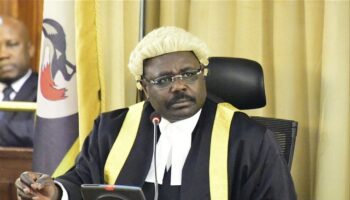