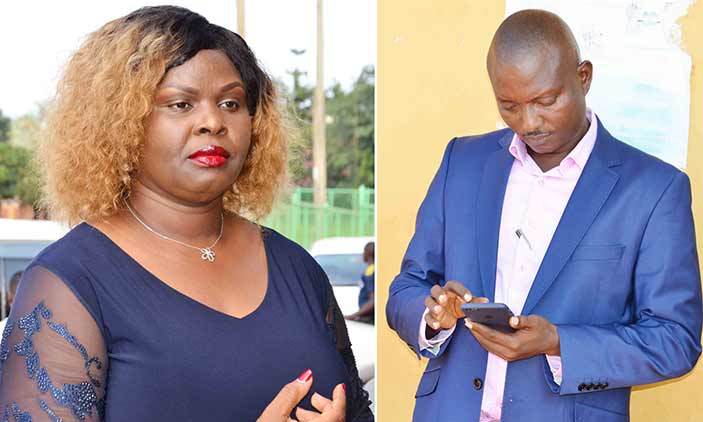 Love-mad city pastor Aloysius Bujingo has revealed that he is free to be introduced by lover Susan Makula because he has never held any introduction ceremony in his life.

Bujingo made the shocking revelation while announcing the date for his introduction to controversial sweetheart Makula’s parents.

Revealing that he will be introduced tomorrow (Tuesday), Bujingo also took another opportunity to lash out at detractors who have persistently castigated him over his decision to push ahead with marrying Makula while still legally married to his estranged wife Teddy Naluswa Bujingo.

“For the first time in my life I’m going to be introduced to my fiancée’s parents as her husband. I know people are going to ask me ‘what about the first introduction?’ Please bring evidence to prove that that function ever happened,” Bujingo said.

As if admitting to suffering from selective amnesia, Bujingo also said he doesn’t remember ever holding any marital functions with Teddy and also taunted those feeling sorry for her to ‘marry her’ if they wish.

Bujingo added that nobody will stop his marriage to Susan because he has since found all he ever needed in a woman in her.

“I now found peace so I can never go back to Teddy. Those who feel sorry for her can marry her,” he said.

In a separate tirade, Bujingo took exception with journalists who have made it a habit to attack him.

He warned them to stop lest they kill their chances for future employment at his media empire.

“I’m contented that my true friends know my story and can understand why I do what I do. I therefore don’t mind the low lives that are up in arms against me. For instance there are journalists who are paid to abuse and criticize me but I’m not moved. What they however forget is that I’m a media empire owner and therefore one of the biggest employers in the media industry,” Bujingo said.

He added that while some abused him to get social media likes, views and following, they have since failed and are grassing in the villages.