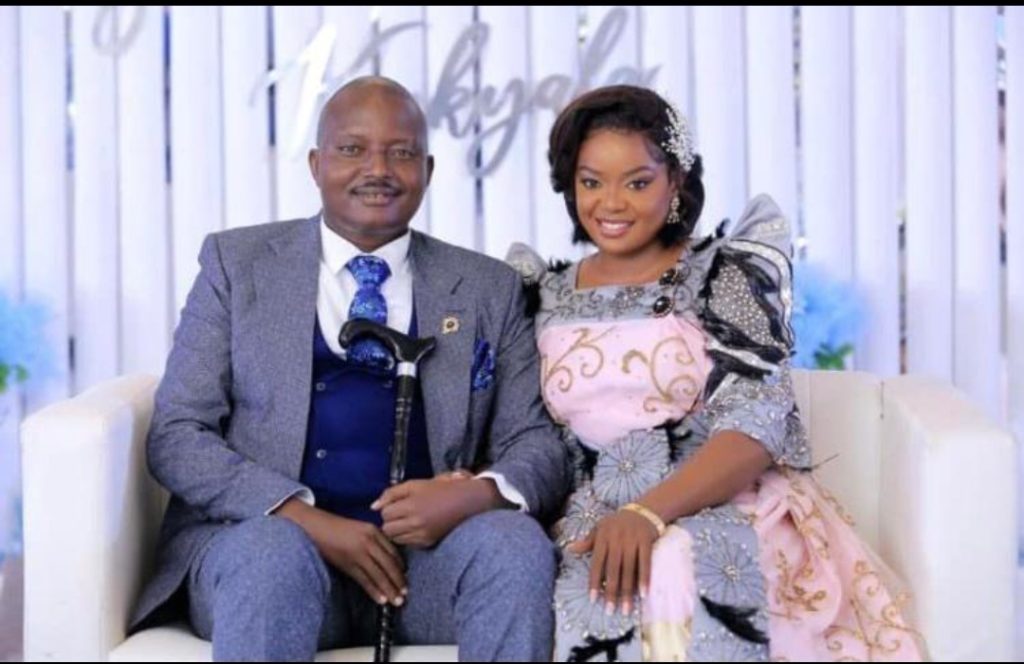 House of Prayer Ministries proprietor Pastor Aloysious Bujingo is seemingly a troubled man ever since court charged him over cases related to his illegal marriage with lover Suzan Namakula Nantaba aka Suzan Makula.

Just last week on December 21, 2021, Bujingo and Makula suffered a major setback after the Entebbe Chief Magistrate slapped them with three offences including contracting marriage by customary law when already married under the marriage act, marriage with a person previously married and Bigamy contrary to Section 153 of the Penal Code Act. The charges followed a petition filed in court by controversial activist lawyer Hassan Male Mabirizi aka the Perennial Litigant.

It should be noted that ever since his marital troubles and impending divorce from now estranged wife Teddy Naluswa Bujingo became public, Bujingo has stood by his heartthrob Makula, ignoring all voices of reason — especially those not in support of his liaison with the sexy presenter.

Sometime last year, Bujingo shocked all and sundry when he declared that not even God can unhook him from Makula’s sumptuous bosom. This vow came after Teddy declared that husband-snatching Makula had sucked all reason and wisdom from her once loving husband and turned him into a ruthless monster. Naluswa recounted the neglect she has suffered at the hands of Bujingo; revealing that ever since he tasted Makula’s tempting waters he was behaving like a hungry dog that had finally tasted blood from its most favorite prey!

She thus sought for intervention from friends, government and well-wishers to help restore her marriage with the powerful and enterprising preacher. However, all her pleas have fallen on deaf ears, with a defiant Bujingo stuck on securing his divorce from Teddy whom he accuses of driving her into Makula’s warmth after she made their marriage utterly bitter and cold.

Earlier in the year, Bujingo showed intent to legalize his bonkfests to Makula when he paid a customary pre-marital visit to her parents.

He would follow the same with an introduction ceremony that he defiantly announced in church but advised his church members against contributing to it.

Indeed, the kukyala went on as scheduled and was heavily publicise and even relayed live on his Salt Tv.

The ceremony which has since emerged to have been organized at a rented premise in Bwerenga on Entebbe road was graced by Bujingo’s confidants and sent tongues wagging all over the country. Different pastors and social commentators blasted Bujingo for the defiant move but he told off every single critic.

On December 13, 2021, however, lawyer Male Mabirizi dragged Bujingo and Makula to court, accusing them of entering into an illegal union. Male prayed that the court stops the said marriage and charges the two lovebirds for violating the law. Mabirizi’s prayers were heard by court, which charged Bujingo and Makula with the above three charges.

Ironically, Bujingo seems to have been shaken by the charges given that if convicted he and lover Makula could serve up to at least 5 years in jail.

It is no wonder that ever since then the male of God has shockingly transformed from the boisterous love-struck hero he was before Makula to a cowardly man willing to make some concessions to save his soul. Evidence of this manifested recently when shortly after his charges went public, Bujingo preached against divorce before his flock. This sent shockwaves to the general public, with many people wondering what had possessed the pastor who himself is ferociously pushing for a divorce from his wife Naluswa.

While this could have been interpreted as a classic case of ‘do as I say but don’t do as I do’ approach, latest reports indicate that Bujingo has gone ahead to deny ever holding an introduction ceremony with Makula. It is said that in a police statement made in light of the said case, Bujingo claims that he simply went to Makula’s home as a specially invited guest but never conducted any marital rites.

However, Bujingo faces an uphill task to convince the court in this regard. This is because he is pinned by Bwerenga Cell, Kisubi Ward LC1 Chairperson, Joseph Emoit, who on December 16, 2021 filed a letter in court to the effect that Bujingo and Makula held an introduction. We have also learnt that on hearing Bujingo’s denial, lawyer Mabirizi has stepped up efforts to disprove him. Apparently, the lawyer has petitioned the media regulator Uganda Communications Commission (UCC) to provide him with recorded videos of the kukyala function which happened on December 7. In his December 27, 2021 letter to UCC, Mabirizi bases his request for the footage on grounds that broadcasters are supposed to keep footage for not less than 60 days.

Speaking to our inspectors, Mabirizi revealed that he wants to take the same to court to disprove Bujingo’s ‘lies’. Mabirizi says that bujingo’s denial of the ceremony is by default denial of Makula being his wife.

“I’m going to prove that the ceremony was a customary marriage as already proved by the Bwerenga Cell LC1 chairman. It is also good that bujingo is now denying that Suzan Makula is not a wife. That’s a sign that what he engaged in was an illegality and a crime,” male said. 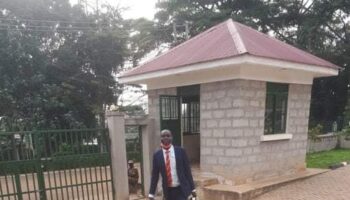 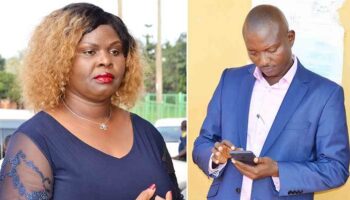 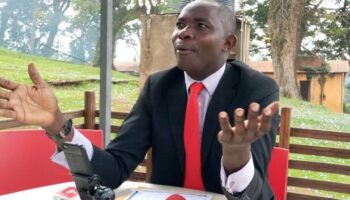