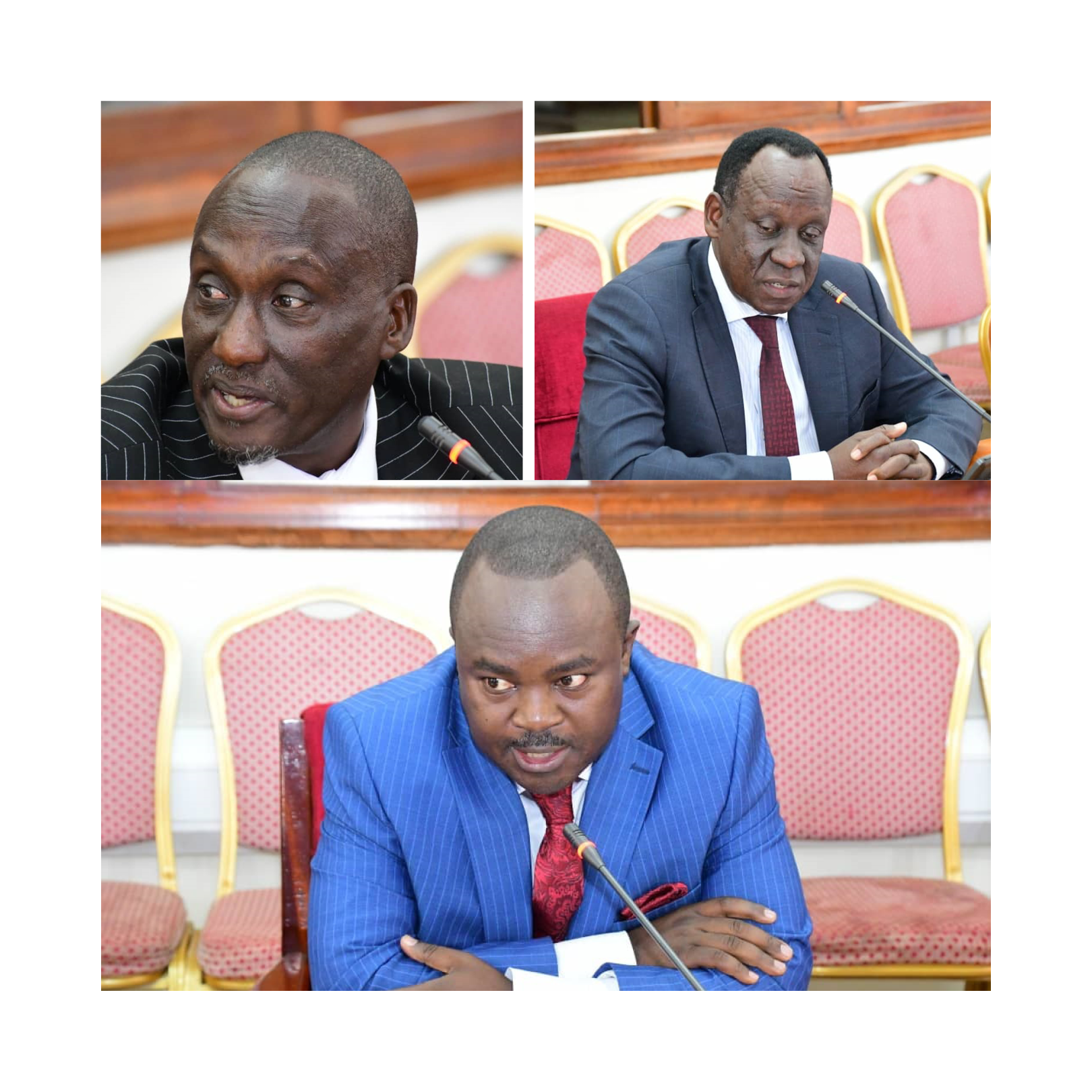 Last month, we broke a story about how President Museveni had appointed three people to serve as commissioners in the Uganda Human Rights Commission (UHRC).
Currently headed by Mariam Wangadya, the commission had only four commissioners including the chairperson, making it almost a toothless dog as it couldn’t execute it’s duties properly. With the appointment of extra three, the Commission is now fully constituted!
In this expose, we reveal what you didn’t know about the forces behind their appointment.

He is the man who worked tirelessly to have the hitherto dreaded age limit cap removed from the constitution. SIMEO had really suffered because of his work. First of all, he was nearly thumped to pulp by a political activist Kyuuma Kya Yesu or Ntege Steven at his own function organized in Kassanda South. From here, he lost NRM primaries and blamed his woes on his own people in the party. Eventually, Simeo lost his MP seat to a NUP candidate.

All along, we’re told Simeo had been at home wondering what to do next. Somehow, he got wind of availability of vacancies in the UHRC and he embarked on a job hunt. Inspectors told us that Simeo first had hopes in minister for Energy and Mineral Development Ruth Nankabirwa thinking she would recomend him for the job. Unknown to him, Nankabirwa was allegedly rooting for Nantume Jenifer Egunyu, the former woman MP for Buvuma district.

Nantume we’re told lost out because of gender. Apparently, the commission is already almost full with women and so, adding on another woman was going to explode the number. Thats how she lost out.

SIMEO we’re told was backed by two ministers including Gen. Edward Katumba Wamala who’s believed to have supervised him during his service in Uganda Police as IGP.

He was a commissioner for sports in the ministry for education and sports. A close pal to internal affairs minister Maj.Gen. Severino Kahinda Otafiire since childhood days, Omara hails from Lango. Like Simeo and Basaliza, he too, is a Catholic man. We’re told when a decision was made to appoint the commissioners, Museveni was stuck with who to appoint from the north to achieve regional balance.

Already, the commission has three women including Mariam Wangadya, Shfrah Lukwago (both Moslems) and Jaclet Atuhaire with Chrispin Kaheru being the only man currently. Wangadya hails from Bugisu (Eastern), Kaheru from Bunyoro (Midwestern), Atuhaire from Ankole (western) and Lukwago (Buganda).

Therefore, the north had no one on the Commission! We’re told when it was apparent that Simeo and Basaliza were to make it to the prestigious list, the hunt for a northerner started. Museveni contacted his trusted doctor Jane Ruth Aceng, the minister for health to prescribe a political solution on this matter. Like she did on Covid and Ebola, when she diagnosed the entire north, she found the solution in Omara Apita.

That’s how she recommended him for the job! We’re told there had been efforts by some individuals to recommend retention of Medi Mulumba (also a Muslim) in the Commission having served two terms but, the General from Rwakitura couldn’t stomach this proposal anymore and rooted for an Omara than another easterner.

We’re told if a prize was to be given to a candidate with best recommendations, then it would have gone to Basaliza. A born of Burahya in Kabalore (Tooro sub-region), Basaliza is also a former bush war comrade. Better known as Omuduumizi among his bush war group, Col. Basaliza we’re told had the biggest number of recommendations from a line of cabinet ministers. These included among others Generals JeJe Odongo, Katumba Wamala, Kahinda Otafiire and a line of full cabinet ministers totaling 22.

The group was recently approved by the parliamentary committee on appointments chaired by deputy speaker Thomas Tayebwa. The Commission now has two Muslims, three Catholics and two Balokoles or Anglicans.
Watch this space!