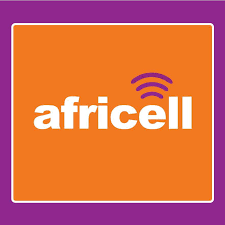 Barely a month when South Africa-based retailer Shoprite announced its exit from Uganda, the country’s third-leading telecom giant, Africell UG, have also announced a cessation of operations in the Ugandan market.

Africell Group, the telecom’s parent company, announced plans to permanently shut its Ugandan subsidiary, Africell UG, today Tuesday September 7, 2021. In a memo to all its employees in Uganda, Africell UG management explained that the decision to exit Uganda was reached after a months-long detailed assessment of the telecom’s future in Uganda showed that the same had become “increasingly limited”. The company also sent subscribers messages advising them to consume all their airtime balances by October 7, 2021 when “Africell UG is ending mobile services in Uganda.”

“Over the past several months, Africell Group has conducted a detailed assessment of the future of Africell UG. Africell strives to be a leader not only in terms of mobile services but also in terms of community impact and the digitally-led transformation of society. In Uganda— a country with a mature and competitive telecoms sector— we believe that the opportunity to achieve this impact is increasingly limited,” the management stated in the memo.

It then added; “We have therefore taken the difficult decision to permanently end Africell UG’s operations in Uganda.”

The telecom added that it will cease operations on October 7, 2021 while workers’ contracts will all expire on November 30, 2021.

The company has already begun scaling down its activities, with the communication showing that beginning tomorrow, September 8, 2021 new customers will not be accepted.

Employees will however be cushioned, with meetings between the HR and employees set to kick off.

In the communication, the firm committed to support affected customers and employees to transition after its exit. However, it is worth noting that the communication comes at a time Africell had shifted some of its core services to rivals MTN Uganda. In this arrangement, Africell customers have for some time now been able to buy airtime directly from MTN. This fuelled speculation of a possible takeover of Africell by MTN in a volatile industry that has seen several exits and mergers already. The most recent amalgamation saw Airtel take over K2 Telecom customers following its earlier absorption of Zain and later Warid Telecoms.

Exiting Uganda just after Shoprite, Africell joins a big list of global brands to exit Uganda citing limited market or non-viable commercial sustainability. Some of the brands to have exited Uganda include Nakumatt, Game, Uchumi, British Airways December 2019, Barclays Bank and Shell among others; while even the UN shifted its key operations to neighbouring Kenya.

Whereas ruling party political players have labored to paint a positive picture of the economy, business and economics experts have persistently warned of darker days and gloom relating to a possible collapse of the economy. Recently, Lord Mayor Erias Lukwago tasked government to take caution and devise ways of reviving the economy in the wake of the failure by global brands to find commercial viability in the country. Experts warn that on top of depriving citizens of jobs accruing from the brands’ ability to employ many people, their exit also increases general poverty in the country through lost taxes and spending power of both the companies and their employees.

Sadly, part of the blame has been put on bad and monetized politics that encourages wastage and expenditure on incessant demands of locals from government and politicians.

This prominently emerged during the recent post-Budget conference when the Deputy Governor of Bank of Uganda, Michael Atingi-Ego, cautioned officials in the Ministry of Finance, Planning and Economic Development against the increasing rates of borrowing.

At the conference that was held at the Uganda Bureau of Statistics (UBoS), Atingi-Ego warned that the current debt situation Uganda is facing should not be taken for granted thinking that the economy is stable. He cited the strengthening of the Ugandan shillings against the US Dollar as one of the indicators.

“This could be a temporary situation because offshore are taking refuge in Uganda currently as they wait for interest rates in the west to rise again and rush back, which could cause a sudden problem to Uganda. The ministry must reduce the debt stock as soon as possible,” he explained. He added that the country is sitting on the edge and that if any large-scale emergency happened, it would not be able to respond due to a lack of funds.

According to Wikipedia, Africell Group is a global mobile technology company providing voice, messaging, data, mobile money and other integrated telecoms services to over 12 million subscribers across Africa. It was incorporated in 2000 in Jersey, UK and has its headquarters in London but operates subsidiaries in The Gambia, Sierra Leone, DRC, Uganda and Angola. 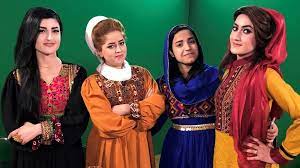 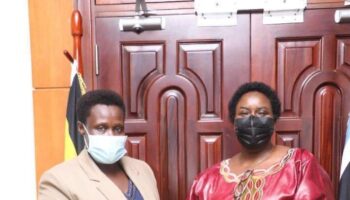