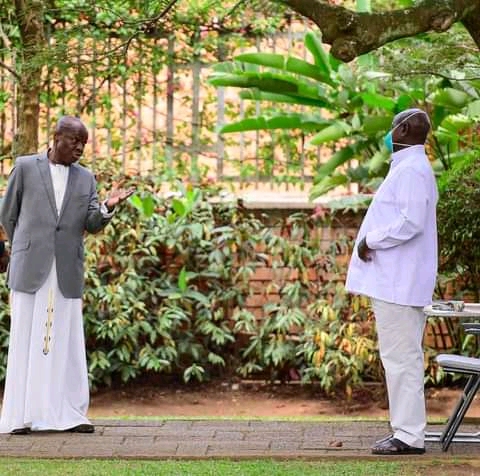 When President Museveni captured power in 1986, he promised Ugandans ” fundamental change”.So many people didn’t believe him. And 35 years down to road, I guess those who ignored or dismissed his statement are now getting to form. The fundamental change Museveni promised has now manifested itself into various ways that can be measured. It depends on which angle you look at it.

To me, ruling Uganda for nearly four decades uninterrupted  is fundamental change, and above all relegating Buganda and Lango from national politics and governance is one most fundamental change over the years. In my opinion here, I will dwell on the deliberate and strategic approach  to relegate ,the once, super tribes, Lango and Buganda who in our long history pre and post independence were the super influencers in determining the politics and governance of Uganda. The missionaries first landed and settled in Buganda before advancing to other parts of the Country.

It’s known that a part from the introduction of  religion, literacy and western political systems, Buganda was already a well established entity with it’s well structured government. In the case of Lango, their  settlement in northern parts of Uganda ,they had proven rare and unique with a well defined mode of leadership and governace system ,that resisted colonialism and fought alongside Kings of Buganda and Bunyoro against the British colonialists .

Their charisma in leadership and war was later carried forward by Obote and Oyite ,who championed political  and military struggles against colonialism and dictatorship in Uganda. No wonder the pre- struggle before and at independence, were championed by young leaders of  Buganda and Lango backed strongly by their own people with Kiwanuka of DP of Buganda origin , Obote of UNC- UPC of Buganda origin, and Mutesa of Buganda Kingdom, being leading icons of independence struggles. At independence and later through many political struggles, it therefore became more evident that, Lango and Buganda  couldn’t be avoided in the management of the affairs of Uganda. The prominence of these two tribes could further be traced during independence in 1962, the Buganda Crises of 1966, the liberation struggles of 1979 and the post liberation government and elections with Lule, Binaisa, Muwanga of Buganda and Obote, Oyite , Wacha Okwol of Lango being at the center stage and determinants of 1979 liberation war and the  general elections of 1980.

Arising from the rivalry between these two major actors , Buganda and Lango, the military coup by top Acholi general was possible in 1985 and indeed the antagony soon grew into the NRA and Museveni’s bush war and military take over in 1986, hence the beginning of a new trend of political scheming by a non Langi or Muganda with clear understanding of these two tribes and exploit of their wisdom to strengthen his power base to the rest of the Country to date.It’s revealing that, when Museveni first came to power Lango maintained it’s resistance and rejected of the NRA- Museveni’s rule for nearly twenty(20) years unreservedly  making Museveni’s rule very complex.

Baganda meanwhile for the same period determined the way Museveni ruled. Both were major players in the reinforcement  and demobilization of Museveni’s advances in the political governace of Uganda .Lango collectively through their nurtured politicians fought relentlessly against the Museveni’s establishment, while Buganda on the other hand remained consolidated behind the misrule of Museveni.

After twenty years of near divorce between Buganda and Museveni, the likes of Semogerere a Muganda started seeing light joining the Lango born icon lady Cecila Ogwal to jointly fight politically to STOP Museveni’s advances and to restore multi- party politics,the re-union between Lango and Buganda soon became eminent through Semogerere and Cecilia Ogwal. Sooner to than later, Baganda started getting the real feel of their dog they nurtured,when the Kabaka’s tour of his own Kingdom territory in Kayunga was met with iron first leading to the slaughter of over 100 Kingdom subjects in cold blood.

The true colour of the wolf was now exposed.  From that time to date, Museveni’s advances against the Buganda Kingdom subjects and their relegation from relevance in the national governance of Uganda is eminent. The emergence of Buganda through Robert Kyagulanyi of NUP , was met with the highest level of brutality, diznes of young Bagandans were butchered by the security forces sending a clear message to the Kabaka and his subjects, that, it’s not longer Uhuru, Buganda must collapse.

In the recent appointment of top cadres in government at Ministerial and Technical bench Baganda lost all their powerful positions, including Vice President which had appeared to be a reserve for Buganda as part of the historical agreement for bringing Museveni to head both the military and political arm of  NRM .

Thank God Baganda seem to have realized their fate and are beginning to see light while their counterparts in Lango are left in wonderment. In the latest attempt to tell off the people  Lango, the MAN neglected Lango in his appointment in Cabinet and CIvil Service ,leaving Lango in wonderment  besides Lango change of heart to get married to the old MAN with lots of expectations. Instead to humiliate Lango further, while Lango NRM cadres shout of their win in Lango, Museveni has signalled to them by elevating their rival  neighbours; Acholi and Teso to higher positions in NRM party and government.

Leaving in their cold of doing political business for daily bread through selling of their souls and mighty UPC party to Museveni.Museveni after capturing UPC and LANGO political base using Obote’s son and daughter- in-law should now be smiling in awe at LANGO and UPC as his menace in politics of Uganda.

Just the same way he has managed to destroy DP a strong Baganda party through sponsoring the political game inside. It’s up to Lango and Buganda to read between the lines, where they lie in the political governace of Uganda lest they are alienated for life. In writing this opinion, am not being tribalistic but the historical struggles of Lango and Baganda to  liberate all Ugandans from the British colonialists and Amin’s dictatorship is being  trashed and thrown into the dustbin of history through relegation.

The author is a UPC Secretary General  and  former MP for Oyam County South.