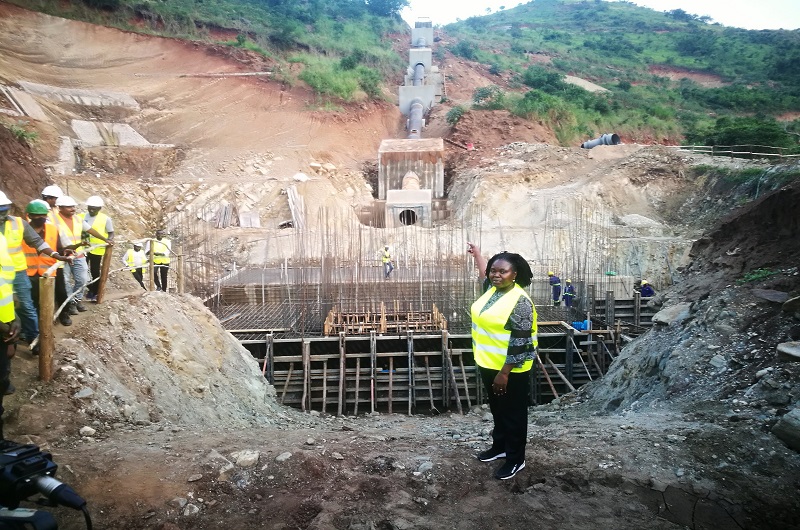 ZOMBO. The commissioning of 6.5MW Nyagak III power dam in Zombo district is to take longer than anticipated due to delayed funding from the government, the contractors have confirmed.

According to officials, the commissioning of the dam which was slated for September this year has been pushed to March next year following delay by the government of Uganda to release shs22billion for its completion.

This was revealed by Mahesh Reddy, the Director of Hydromax Dott Services, a contractor undertaking the project during the site visit by the Minister for Energy and Mineral Development, Ruth Nankabirwa on Tuesday.

“Initially we estimated to complete by September of this year but due to delays in funding and other delays, now our target completion date is March next year. And if we are supported with funding from the government of Uganda and other banks, we will be able to complete by March for sure,” Reddy told the Minister shortly after touring the dam under construction.

He said despite the challenges of delayed funding, they have still progressed well from the dam up to the power house.

Reddy said the dam structure is almost complete, up to 90 per cent, adding that the side tank has been completed and now they are constructing the power house and staff quarters.

“The main thing is the power house and importation of turbines and machinery. We have already committed some payments to the manufacturer. He started manufacturing and the testing was done on some of the turbines and generators. However, there is some funding gap which we require to pay him in order for him to complete all the manufacturing, inspection and then start shipping,” Reddy explained.

“We expect these deliveries to happen by the end of the year so that we can commission by March next year. So, we are requesting the government of Uganda to see that this project is well funded. There is still a gap of at least Shs22billion and in the next six months we need all this money to complete the project,” Reddy added.

“At the moment our biggest challenge is the funding. I think you are all aware that the government has had some challenges because of the Covid pandemic and other external factors that have really slowed down our capacity to collect revenue and that has also affected our commitment to the project,” Arinaitwe said.

“We are expecting a contribution from the government of about Shs22bn which should sustain the project against which we shall also have debt financing and which is contingent on the government putting in that money. Without us putting in the money, the debt financiers can’t give us the money we want from them. So, really as government, we need to work hard to try to prioritize this project,” Arinaitwe stated.

In her remarks, Nankabirwa said she has come back to check on the progress of the work again because they are beginning the implementation of the new budget 2022/2023.

“I wanted to see the progress, get acquainted with the challenges so that if chance comes for scrambling for projects to be financed because we don’t have adequate finances, it will be a matter of scrambling and lobbying and arguing to have this project funded. So, what I have seen is indeed very good steady progress and it will give me courage to stand with my head high and plead for financing for this project,” Nakabirwa promised.

The Minister stressed that she will go back and see how her team can phase the shs22bn which the officials have talked about, and later engage them to see that the minimum amount that is required for manufacturing the turbines and shipping is released by the government.

“We are suffering from intermittent power in the West Nile so we need to complete this project. I am committed to this project. West Nile is very critical. It has high potential of development; exports to DR Congo and South Sudan, so capitals are coming for sure and we are extending the national grid to the region. We are constructing substations and the Nebbi substation will be ready to receive the 6.5MW power that will be evacuated from here,” Nankabirwa said.

Currently, the West Nile region is relying on the 3.5MW power generated from Nyagak I dam which is being supplemented by thermo electricity supplied by Electromaxx, a company that has of late, run out of fuel to effectively supply power to the people in the region. 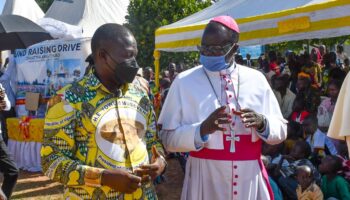