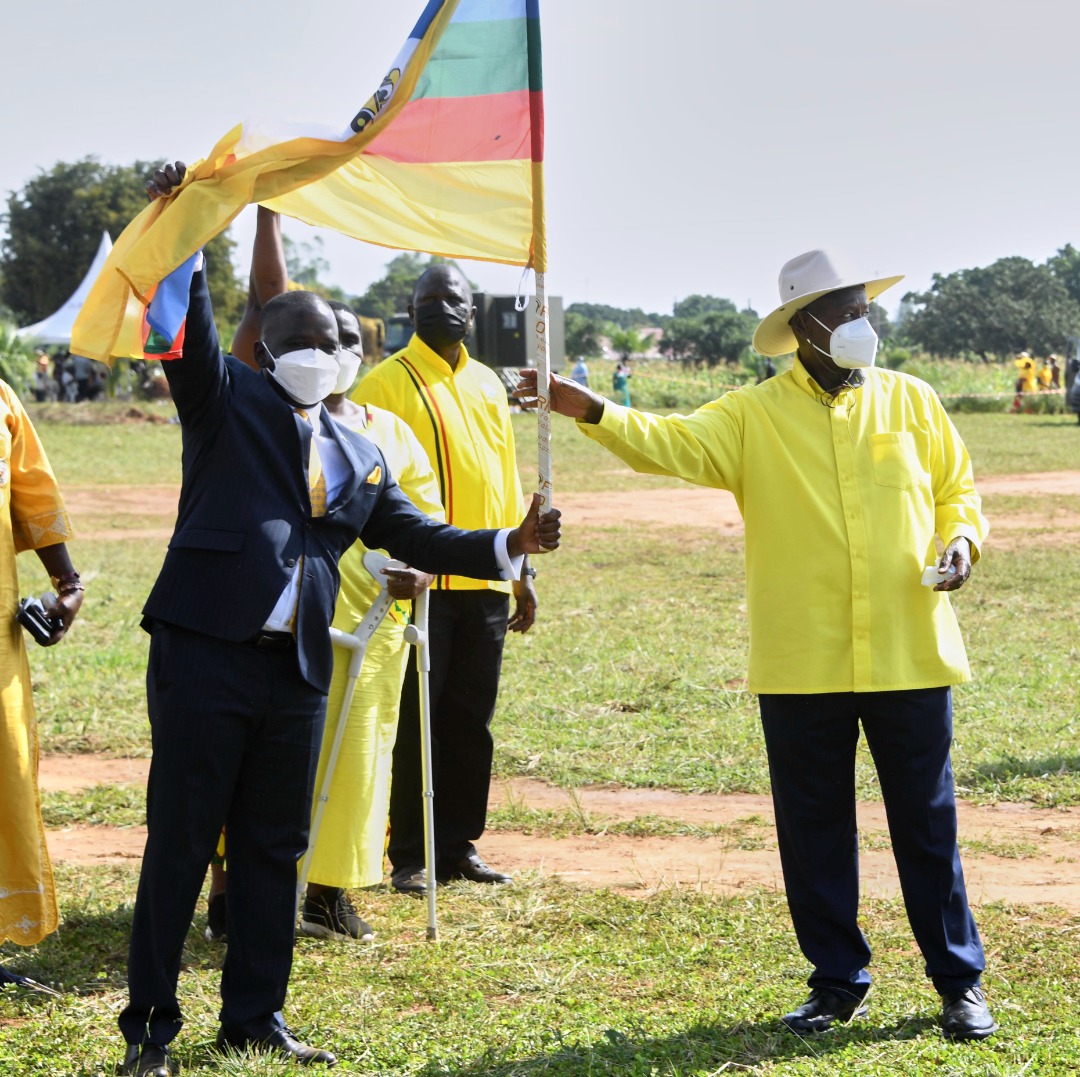 President Yoweri Kaguta Museveni, who doubles as the NRM National Chairman, has rallied the people of Soroti City East to cast their votes in favor of the NRM flagbearer so that effective service delivery may be accomplished by properly coordinating with NRM structures and programs.

The President made the call while campaigning for the NRM flag bearer for the Soroti City East by-elections, Hon Herbert Edmund Ariko. He said that the flagbearer is the front runner for leading the party’s agenda since the NRM is the only proven party that can transform society.

The President noted that a political party like the NRM is more capable than an individual since it has consistently solved issues throughout the years. He added that the party can create a manifesto through caucus, which the NRM leaders—who are elected by the people—implement.

“The issue is not about Ariko or any other leader but the political party he/she is affiliated to. As NRM, our objective is service delivery to our people to bring them out of poverty,” the President said.

Museveni noted that the government has put in place programs like Emyooga and the Parish Development Model (PDM) that will encourage households to participate in the money economy. He rallied the Teso sub-region to take up fruit growing since it generates more revenue than the cotton farming that is predominant in the region.

“The PDM is NRM’s rescue formula for those whose land has been fragmented since one can create more wealth on that small acre of land.” “For those that prefer skilling programs, the government has put in place Emyooga to enable everyone to start their own business, like a bakery, carpentry, etc.,” he explained.

On education, the President said that the government’s objective of providing free education in all public institutions had been neglected by some technocrats but pledged to fully implement it in the current term.

“As a government, our objective in education is to provide free learning in public institutions, but this has been neglected, but in this term of office, this will be fully implemented. Charging fees keeps children out of school and this is not the NRM’s direction,” the President said.

Herbert Edmund Ariko the NRM candidate for the Soroti East by-election thanked the President for boosting his support and pledged effective service delivery.

“Thank you for endorsing and entrusting me to represent the people of Soroti City East to sustainable development and prosperity,” he said.

Soroti City East goes to polls on the 28th of July to determine a legislative representative for the constituency.