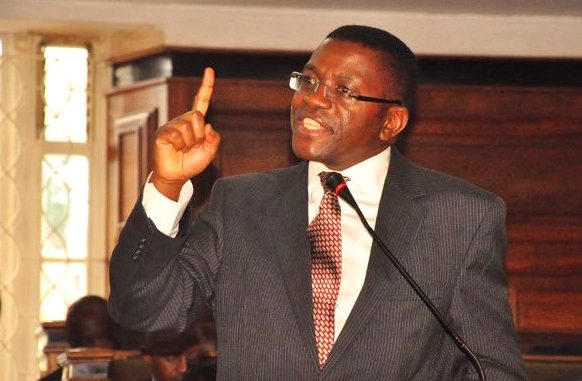 Buganda Kingdom established a coffee exporting company similar to the controversial Uganda Vinci Coffee Company Limited (UVCCL) about one year ago, The Inspector can report.
The revelation comes on the backdrop of media reports that the company was formed just recently to rival UVCCL following heated condemnation of the government’s controversial company.

Following Katikkiro’s comments on Buganda’s own coffee exporting company, some media reports were quick to allude to the fact that the kingdom formed the company to rival UVCCL which is heavily supported by the government.

However, our search shows that Buganda had earlier mooted a similar company to trade under Mwanyi Terimba Limited.
According to the details at Uganda registration services bureau, the company was incorporated on June 25, 2021 under company number 80020002461699 and it is a private company (limited by shares). The company’s managing director is Charles Kironde while its Board Chairperson is Daniel Ddamulira, a seasoned educationist.
In a recent interview, BOD chairman Ddamulira revealed that the kingdom mooted Mwanyi Terimba Limited as a way to complete the value chain of its Emwanyi Terimba coffee growing campaign which is spearheaded under Mengo’s BUCADEF initiative.

“The company will trade in coffee throughout Buganda, Uganda and the globe,” he said.
Kingdom statistics show that through the drive, Buganda region coffee production has risen to 25,000 acres in six years.
“We realized that when we rallied people to grow coffee they really responded overwhelmingly and the results are there for all to see both from a regional and national perspective. We therefore saw the need to complete the value chain by being able to help them with the marketing of the coffee because markets remain the biggest challenge to all farmers in the country,” Ddamulira added.
According to Ddamulira, the company was formed to help get premium prices for farmers’ coffee on top of offering them with marketing advice, while the ultimate goal is to go into value addition.

To ensure reliable supply of coffee, the kingdom kicked off a campaign to establish coffee Saccos/cooperatives, while through BUCADEF, the quality of coffee and seeds will be monitored up to the grassroots farmer. The SACCOs, Ddamulira revealed, will be based on Buganda’s administrative units at the Ssaza (county) level.
According to Mengo sources, Mwanyi Terimba Limited has already finalized the company establishment modalities locally and has already kicked on the task of securing contracts with coffee importing firms across the world.

Controversial coffee
It is worth noting that for some time now, Buganda kingdom through BUCADEF, its development agency, has spearheaded the revival of coffee as the region’s chief cash crop. Ddamulira revealed that the drive was adopted after the kingdom realized that the region’s poverty levels had increased yet coffee was its cash cow in the late 1970’s.

“When the country’s coffee was slapped with an embargo due to failed standards, the price of the crop went down and so people cut down their plantations. This also coincided with the collapse of co-operative societies which were the chief trading entities for coffee. However, this plunged our people into abject poverty and that’s why the Kabaka decided to revive coffee growing to boost incomes and the socioeconomic livelihoods of Buganda’s people,” Ddamulira explained.

By and large, results show that Buganda’s drive has been successful as many farmers were given coffee seedlings through BUCADEF. Through the same efforts the Katikkiro has been resolute on upholding the quality of coffee, especially when it comes to harvesting and post-harvest handling methods. In fact, it is worth remembering that in the aftermath of the 2021 elections, NRM government functionaries accused the Katikkiro and Buganda in general of using coffee symbolism to de-campaign their candidate President Museveni and thereby supporting NUP’s Robert Kyagulanyi Ssentamu. Holders of this notion referred to the Katikkiro’s message of encouraging Buganda coffee farmers to pick only “red” coffee beans instead of the “yellow” ones because they are usually diseased.

All said however, statistics show that Buganda’s efforts which have been complemented by government programmes such as NAADS and operation wealth creation have helped the central region to once again emerge as the leading coffee growing area in the country.

According to Uganda Coffee Development Authority (UCDA), Central (Buganda) region is Uganda’s leading coffee producer with 2,454,474 (2.45m) 60-kg bags produced in 2018/19. The region is followed by western Uganda, then Bugisu, Busoga, Ankole, Kigezi, West Nile, Lango, Acholi, and Bukedi.
Once Mwanyi Terimba starts full blown coffee trading, it will have to compete with already established local competitors as well as the controversial Italian firm, UVCCL, which experts have accused the government of favoring at the expense of local players. 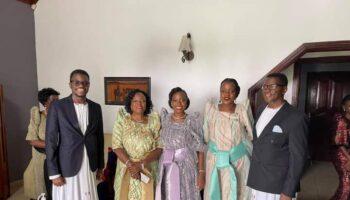