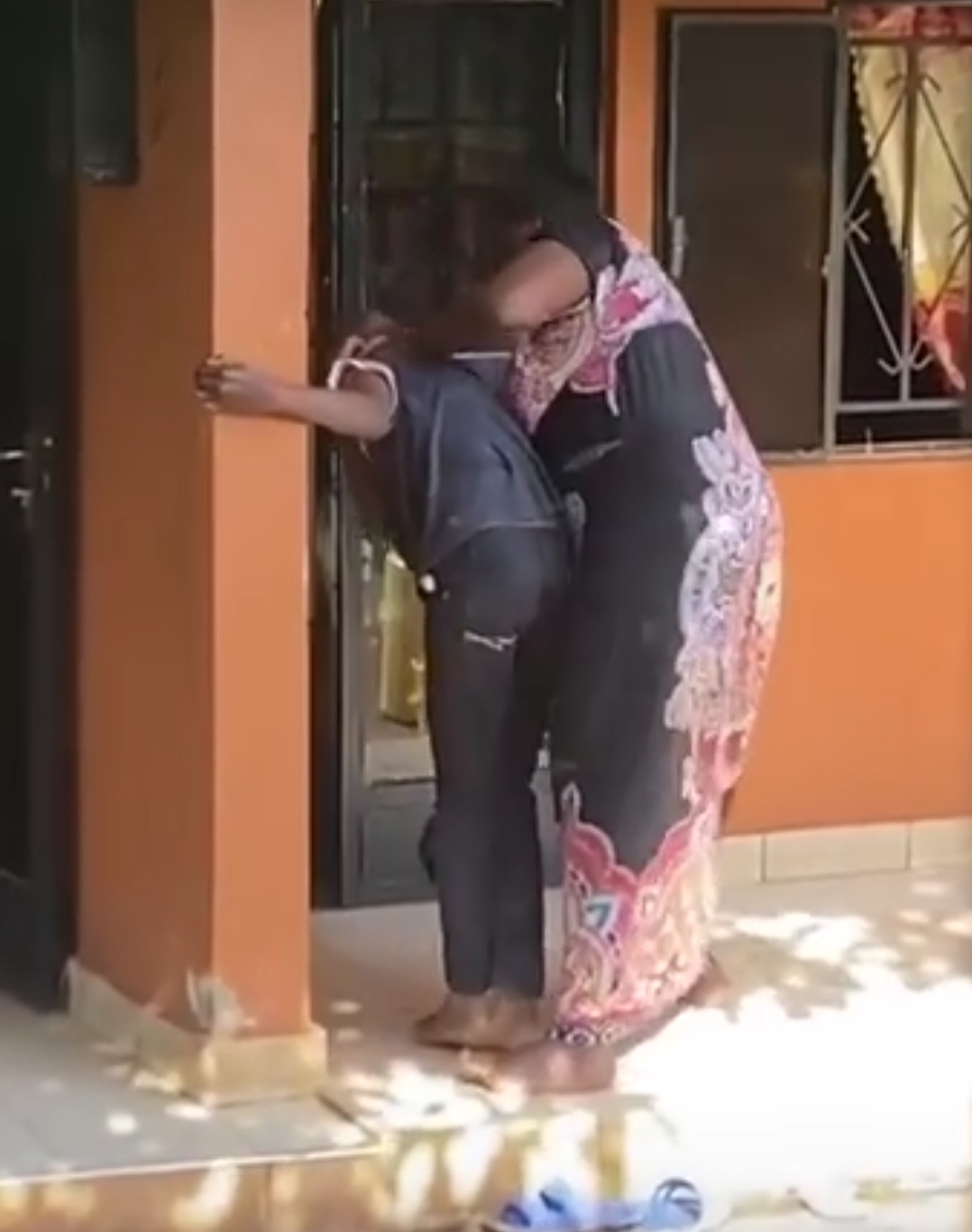 A heartless woman who battered her son until he fell unconscious has been arrested by Police. Deborah Apolot, a resident of Kisasi Kanisa zone in Kampala City was hunted down and detained at Kira Road Police Station for allegedly assaulting her 10-year-old son Mark Omiat.

Apolot’s arrested followed widespread public outcry after a video of her carrying out the heinous act went viral on social media. In the video, Apolot is seen trying to drag the boy into a house. However, the boy resists, pointing to a fear for the worst. However, an incensed Apolot gathers every bit of her strength and smashes the boy’s head onto the metallic door to the house, causing him to faint.

After watching the video, several netizens called for the woman’s arrest and these will be pleased to learn that their cries have been answered. By press time, it wasn’t clear as to why Apolot assaulted her son. However, Apolot’s act comes shortly after a study revealed that the current economic squeeze exacerbated by effects of the Covid-19 lockdown has made up to 35% of Ugandans suffer some form of mental illness.