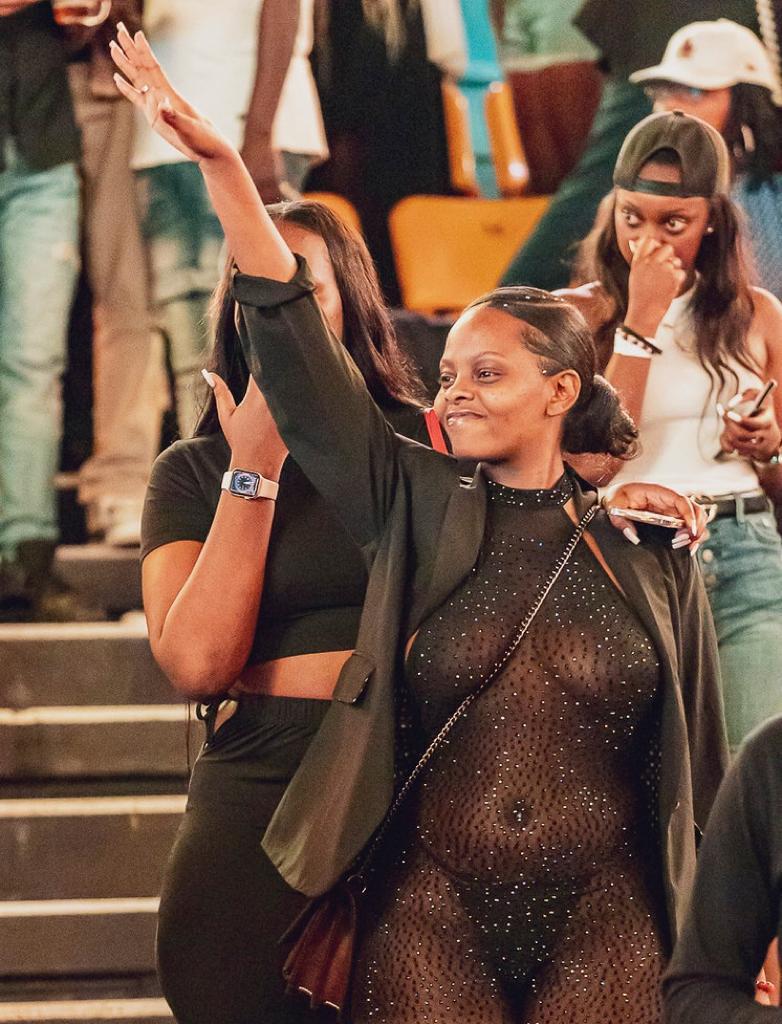 A 24-year old woman is cursing the devil which tempted her to skimpily dress like Ugandan musicians Sheebah Karungi and Cindarella Sanyu.

Liliane Mugabekazi, a Rwandan national’s regrets followed her August 7, 2022 arrest by Police in Rwanda on charges of indecent dressing; which may earn her up to two years in jail.

Police swooped in and netted Liliane after her raunchy photo went viral on twitter where it was uploaded and condemned by Busingye Johnston who is currently Rwanda’s ambassador to Britain. Liliane was at the concert for popular French musician, Tayc, when she crossed the red line of acceptable dressing with a black see-through dress which exposed her lingerie. However, the sight proved repugnant for Busingye who termed Liliane’s dress code as “objectionable!”

“The current issue of our young men and women who drink and drug themselves unconscious, appear in public literally naked is objectionable,” Busingye tweeted.

Following her arrest and production in court last Thursday, Faustin Nkusi, the prosecution’s spokesperson said the young woman committed serious crime for appearing “naked” in public in a “shameful dress”.

Liliane’s detention caused public uproar, with many netizens arguing that the young woman has a “right to dress the way she wants”. As such, a go-fund-me drive was launched, collecting up to USD 10,000 to help foot her legal bills.

However, Harrison Mutabazi, the spokesperson for Rwanda’s judiciary stressed that Liliane must face the law, with the only promise to her being a speedy trial.

But after spending 12 days in detention, Liliane was released on bail last Friday, with her next appearance in court set for Tuesday August 23, 2022.

In a tweet about the matter, Rwandan police reminded parents to instill good morals in their children; warning that public indecency, nudity and serving alcohol to underage children is punishable by law.

The issue of immorality has become a divisive matter in the still largely conservative east African region, with only the level of will and implementation of laws making the dieffernce between prosecution of witnesses.

For instance, in March 2022, police in Rwanda arrested a 20-year-old woman for “public drunkenness and indecent assault” after a video of her lying on the ground in an alcoholic stupor circulated on social media.

Conversely, in Uganda prosecution of violators of public decency are usually left to be “prosecuted” by the public “court”.

Recently, local musician Sheebah Karungi found herself on the wrong side of the law after pictures of her performing before school children while indecently dressed went viral. But instead of being prosecuted in court in line with the existing anti-pornography laws, she was engaged in a ‘shouting match’ with State Minister for Mineral Development Sarah Opendi who took exception with her immoral dress code before young children. In the end, the ministry of education banned artistes from holding performances in schools over increased concerns of indecency on their part.

Most recently, Winnie Nwagi was bounced from the Ministry of Internal Affairs due to indecent dressing, albeit without legal charges coming her way. In the past, however some few musicians including Panaol wa basajja, master blaster, have been arrested and/or had their music suspended from the airwaves over concerns of immoral lyrics and videos. Currently, however, Cindy Sanyu, Kappa Cat among others remain being mentioned among Uganda’s most indecently dressed artistes during their shows.