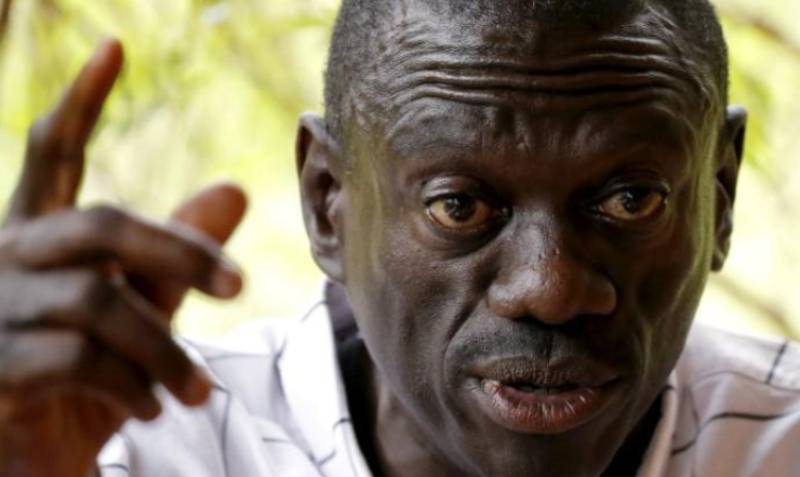 Four-time presidential elections loser, Col. Dr. Kizza Besigye, has cautioned Ugandans not to trust the government to fully rescue them from the troubles afflicted upon them by the covid-19 pandemic.

Besigye made the disparaging remarks while commenting on government’s plan to fully reopen schools and the entire economy in January.

Besigye was being hosted on NBS TV’s Morning breeze programme on Monday morning.

Particularly, Besigye revealed that any talk of government being in position to help Ugandans overcome effects of Covid-19 may be treated as a fallacy due to government’s mismanagement of the pandemic.

The FDC strongman noted that instead of government using the crisis to help stand with Ugandans, the pandemic instead exposed government’s ineptness at proper planning.

“COVID-19 should have been a wake-up call for anybody who cares. It became clear to me that we don’t have any money in our reserves. We had to run and borrow to deal with the crisis. We didn’t have a single bag of food. We had to borrow money and run around for suppliers to make arrangements. We are the country that doesn’t have emergency systems, whether it is ambulances or fire,” Besigye said.

He added: “Before COVID19 came to Uganda, we pointed out that the problem is the absence of a plan. You must move according to plan… Even up to now, we have our schools closed because we never had a plan. You saw the confusion in opening schools,” he said.

Going on with his attacks, Besigye faulted President Yoweri Museveni for what he termed as bad leadership which made him personalize the pandemic to his sole advantage; the reason the lifting of the lockdown had no structural plan but was rather hinged on mere orders of Museveni.

“Uganda doesn’t have leadership, and it is a disaster for our country. The country has to wait for Mr. Museveni to capriciously declare the reopening. This is not just a gamble. It is a disaster if public matters are handled like this at such a time. There must be a plan based on the realities we have,” he said.

The FDC leader also imputed that the Covid mess was exacerbated by the fact that the president and his cronies have not known pain for 40 years now, and thus cannot easily empathize with the population.

“Mr. Museveni and his friends have never gone to the petrol station for 40 years. They don’t know what goes on in the market. They don’t know about rent,” he said. Besigye’s remarks echo those voiced by many parents who accused government of not being pressured to open schools. Several members of the public opined that this was the case because the children of top government officials are majorly enrolled in international schools which remained fully operational during the lockdown.

“I think anybody who lives in this country knows Mr. Museveni is unadvisable. He doesn’t know some of his advisors. Even up to now, we have our schools closed because we never had a plan. You saw the confusion in opening schools,” he said.

Besigye also scoffed at the government’s misplaced priorities during the lockdown, saying that all things that were prioritized are simply meant to keep president Museveni in power.

“Social security is going down as we build repressive security.

Mr. Museveni is investing in building a wall around himself, not the public. That is why you see. Even RDCs have an army officer protecting them, MPs have security. We have doubled the number of councilors. They earn more than doctors. We don’t have doctors. When doctors go on strike, I can’t blame them. Even if they don’t strike, they have people dying. By keeping quiet, they are being complacent,” he said.

Besigye tasked the government to prioritize helping people get back on their feet before anything else can be done regarding lifting the lockdown.

“This is ordinary common sense. If you are coming out of a disaster, you give relief. Once people have regained their immediate survival, then you plan how they emerge out of the crisis.

The first step is to help them access funds. Someone is emerging out of a crisis, and your first step is doubling taxes. I don’t find it strange that we have managed #COVID19. We live by the Grace of God. I think God has been gracious to Africa. The fact that we are a young continent, #COVID19 affects the elderly. We survived by default, because of living in adverse conditions, we have the capacity to fight back,” he said.

On a parting note, Besigye reminded Ugandans to be proactive, noting that the opposition doesn’t simply want to criticize the government as many think.

“Some people say we are always criticizing the government. Tell me whether what we are saying is true or not.

Other countries are planning. We have no plan. The only plan we have is to steal our money. Trillions of money were taken to State House from the COVID19 money for classified expenditure, and the public kept quiet.”