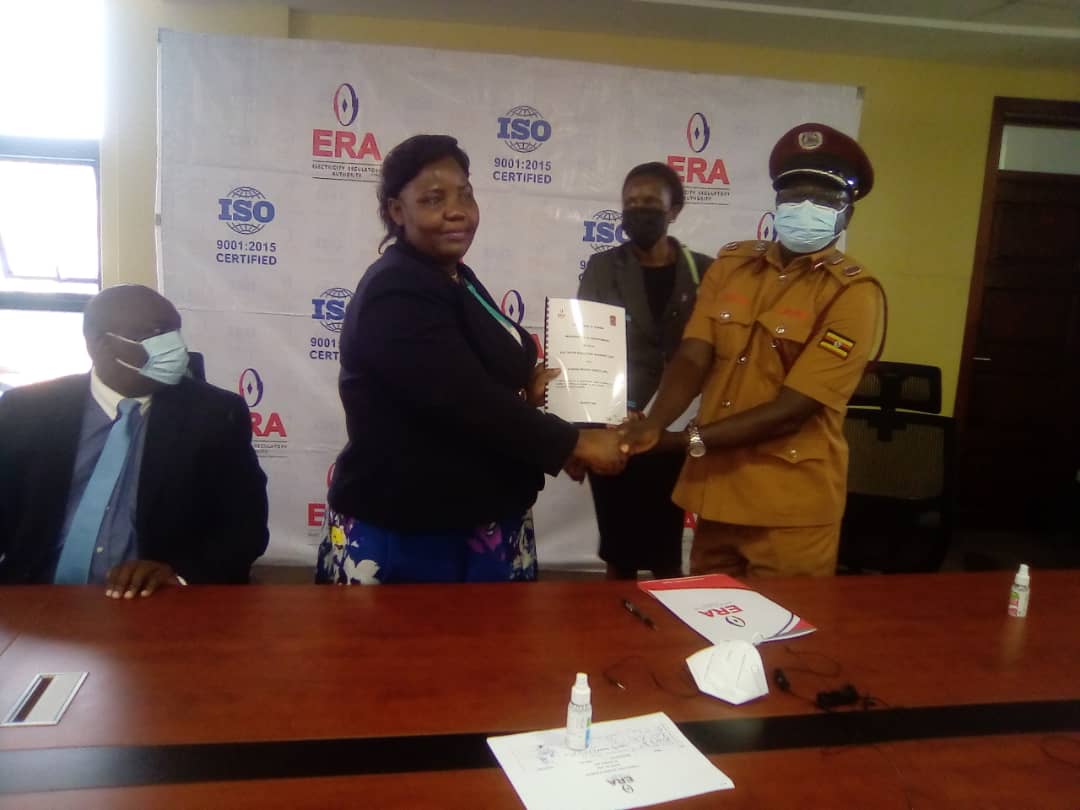 The public has been advised to install lighteningning arrestors on their houses to avoid being affected by lightning.
According to the Chief Executive Officer of Electricity Regulatory Authority Eng. Ziria Tibalwa Waako, if a building is not installed with this equipment, it easily gets affected by lightning.

“If the house isn’t installed with lightning arrestors, it gets affected. I encourage people to install these preventive equipments on their houses to be safe” she told reporters at ERA head offices in Kampala on the sidelines of a meeting to sign an MoU with Uganda Prisons Services for the later to transit from using Charcoal to Electricity in cooking.
She however, cautioned the public against using unqualified people in trying to do this work.

Eng. Ziria said ERA is also working with its stakeholders involved in electricity distribution to ensure that these arrestors are installed in all power installations to avoid surprises. She said for example, the recent power black out around Kampala area was as a result of lightning that affected Queen’s way substation.

Cases of lightning striking buildings are not new in Uganda. For example, in Kibaale region, there were numerous cases of this nature where lightning struck schools while in other places it killed pupils.

The ministry for education and sports moved swiftly and asked schools to install lightening arrestors to reduce on such cases. This problem is usually rampant during rainy season.