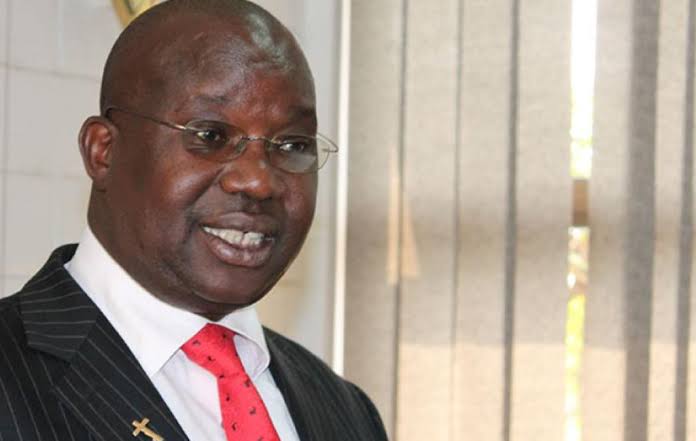 According to a communication that was issued by Lokodo’s last employees at the Uganda Human Rights Commission (UHRC) yesterday, the former priest’s body was expected to be received at 10 am on Saturday February 5, 2022. Immediately, it was to be handed over to A-Plus Funeral Services for further management ahead of his burial that was scheduled to take place on Tuesday at his ancestral home in Kaabong district, Karamoja region.

Speaking to The Inspector, a source at Entebbe airport intimated that as anticipated, select officials of UHRC made it early to the airport to receive their fallen commissioner’s body.

However, the funeral services hearse would not receive Lokodo’s cortege as they were quickly informed that while the body left Switzerland where the former minister died from, it was held in Turkey, with authorities in the Balkan country intent to undertake tests to rule out possible covid-19 infection.

It has now emerged that the Turkish checks could be finalized Saturday and as such Lokodo’s body is rescheduled to arrive in the country on Sunday at 4:40am.

Father Lokodo’s death came after he collapsed while attending an international conference on human rights in Switzerland. He was rushed to hospital but he passed on a day later.

He was earlier thought to have succumbed to Covid-19 complications but this has since been ruled out.

While it couldn’t have been possible for him to travel overseas without testing negative before his flight out of Uganda, a postmortem report actually confirmed that he succumbed to pressure and diabetes complications.

President Museveni earlier in the week came to the rescue of Lokodo’s family and the UHRC when he donated shs400m to be used in repatriation of Lokodo’s remains. It has however emerged that more funds had to be availed as there were so many modalities to be funded. These were majorly caused by stringent Covid-19 protocols that have been adopted and being enforced across the globe.

It now remains to be seen whether the burial date for the ex-minister will be pushed ahead as well.