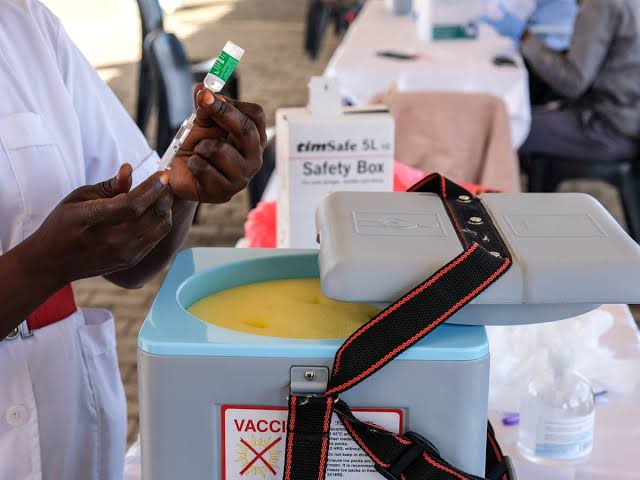 Unvaccinated people will be jailed for six months or subjected to a shs4m fine. This is according to a new bill that was authored by health minister Jane Ruth Aceng and tabled before parliament by State Minister for Trade, Industry and Cooperatives, David Bahati.

As per the bill, local government councils will, in the event of outbreak of any disease, be required to issue public notices requesting all people to undergo inspection, vaccination and revaccination where necessary.

Consequently, a person who fails or neglects to comply with the requirement made under this section commits an offence and is liable on conviction to a fine not exceeding 20 currency points (equivalent to shs4m) or imprisonment not exceeding 6 months or both.

This same penalty will apply to any parent or guardian who fails to present their child for vaccination within 12 months from birth.

According to the authors, the bill is intended to amend the Public Health Act to repeal the obsolete provisions, revise the fines for offences committed under the Act, to repeal the Venereal Diseases Act, and the Immunization Act 2017, among others.

The Bill also requires a school to retain a copy of the certificate of immunization of every child who is admitted to the school.

Under the Bill, Government also requires giving of compulsory information or production of any document or other evidence required for the purpose of tracing the source, for purpose of preventing the spread of any infectious disease.

“A person who contravenes any rule made under this section commits an offence and is liable on conviction to a fine not exceeding one hundred fifty currency points or to imprisonment not exceeding twelve months, or both,” provides the Bill. 150 currency points are equivalent to 3 million Shillings.

The Bill follows a notification given to Parliament in December 2021 by Health Minister Aceng that she would table a proposed law on Public Health to provide for mandatory vaccination, wearing of masks and others. Aceng made the statement while responding to different queries by Members of Parliament in regard to the government’s preparedness to combat the new COVID-19 variant – Omicron.

In her presentation to Parliament then, Aceng noted that her Ministry was preparing to table the Public Health Bill to cater for a number of issues including mandatory vaccination, wearing of face masks and penalties.

The bill is in motion, having now been referred to the Health Committee of Parliament for further scrutiny