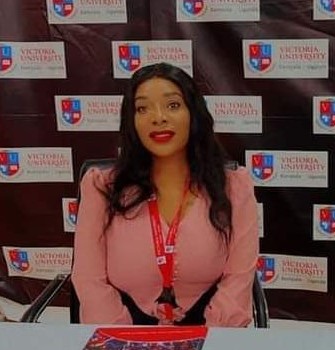 Victoria University pulled a ‘first’ of sorts when it announced socialite and self-confessed professional prostitute Shanita Namuyimbwa aka Bad black as its brand ambassador. As expected, the move caught many Ugandans off-guard. It has since divided opinion.

While some quarters believe this was a marketing masterstroke, others believe it is a mockery of education as in the true sense of brand ambassadors, Bad Black is not the ideal pick for an institution that is meant to be a centre of academic excellence.

It is true that Bad Black has a huge media following especially on social media and as a result she has hit the ground running with her social media posts involving Victoria University. Concern though is that while the numbers are already guaranteed and coming on board, the quality and spirit of her promotional messages leave a lot to be desired.

For instance, her acceptance post read: “Guess your not ready mbwa mwe here I come as Victoria university ambassador bwahahahaha kati big books on table no joking this time round.” She then later posted another clip blasting girls from other universities who are into barhopping. In this particular clip however, the most trending words now are “basala” (a corrupt pronunciation of bursary and “constrate” (an attempt at concentrate).

It is such glitches, grammatical errors and unethical diction that have raised questions as to Victoria University’s true intentions. One school of thought is that by going for Bad Black, the universities bosses are likely desperately trying to sway the public debate from the institution’s recent negative publicity.

When put into perspective, Dr. Muganga’s arrest and near-deportation over claims of espionage involving Rwanda is a very grave problem in the Ugandan context. It thus needs to be erased from public memory and debate as soon as yesterday. This is considering that Rwanda still remains some sort of taboo topic which has already led to the closure and raids on media houses and telecoms; while it has also led to the arrest of many in the security circles.

In fact, it is thought that had the President ignored Muganga’s pleading entourage, the VC would now either be in jail, deported or at worst the university would have been closed altogether (like the Monitor, Red Pepper in 2017).

Also, most recently President Museveni intervened in the controversial Simbamanyo building sale case by directing Bank of Uganda to do fresh investigations to ascertain whether tycoon Sudhir did not unfairly buy the property. By extension, this is also a case that indirectly affects Victoria University because it has the potential to impact on Dr. Sudhir’s finances and ultimately those of the entire Ruparelia Group of Companies to which Victoria University belongs.

This also needs to be swept under the carpet very fast because at this stage, Dr. Sudhir is at the peak of Abraham Maslow’s needs’ pyramid. This means a good name and legacy can be more valuable than some money.

To perfectly cover this up, the university needed a mother of diversions — and Bad Black ploy they brought. In honesty, as a BCOM student I am aware that Bad Black has very high brand equity and as such will grant any company — especially one seeking recognition and numbers — top of the mind awareness.

However, from my teaching background I believe universities should look beyond quick fixes but rather seek to uphold morals and values which they strive to pass onto their students for a better society. Traditionally, universities are supposed to be centres of excellence for knowledge and skills, which are imparted through quality education.

On the surface, a university student’s basic competencies should be seen in being able to articulate the language of instruction both in oral and written form. However, Bad Black’s huge social media following is aware that Mama Jonah has time and again admitted that she did not attain formal education thus her comfort and ease in speaking broken English.

Secondly, as a teacher by training, I was taught that a holistic education is one that shapes a learner’s affective, psychomotor and cognitive domains for the common good. The affective domain is all about shaping morals and attitudes. It is however public knowledge that Bad Black lacks — or at least lacked in this aspect! This is in light of her having been convicted of corruption and theft while she was still an amateur prostitute.

The argument here would be that she is reformed but that could be far from it as she keeps proudly bragging about these vices. Basic marketing rule postulates that brand ambassadors are, or should be as good as the brands they represent. That now beggars the question: is Victoria’s choice of her as brand ambassador meant to show that their university espouses Bad Black’s values and career choices or that they want to perpetuate her lifestyle to their girls through their institution? How shall we tell our girls that education pays when a whole university overlooked so many educated and successful girl children and women and went for a semi-illiterate confessed prostitute as brand ambassador? It is true Bad Black has the figures and has already got the university likes and trending hashtags on social media. But must a whole university throw caution to the wind in its choices? What Victoria University has done is akin to an action of a man who suspects he has erectile dysfunction but then quickly runs to buy a prostitute to test his ‘machines’ instead of sitting back to find a lasting remedy with his wife.

But that said, the university could also be playing catchup by going the Ugandan way of doing the obvious and avoiding the laborious but legal process. That is why we vilify those who try to do the right thing and go ahead to praise the wrong. For instance, we have heard cases where incorruptible public servants are hounded out of office by the corrupt who incidentally use the loot by buying off the police investigators, prosecuting magistrates and nosy media to turn guns on the innocent person.

Later, we praise the corrupt as being suave, sharp and brilliant— especially if they are willing to share the loot. This is the sad bastardisation of our country that was started by the political class. In any case, if the president could appoint people known for vulgarity, abusiveness and drug addiction (without proof of rehabilitation) as special envoys, presidential advisors and chief mobilisers, then maybe Victoria University is justified.

What if Bad Black is their magical combination of “Useful Idiot” and “fisherman”! The hard truth though is that this partnership has hallmarks of the Namuyimbwa-Greenhalgh affair in which the old man got instant gratification but in the end lost much. In light of this therefore, Congratulations Mama Jonah, but Prayers to Victoria University and Uganda’s girl child.

The Writer is a journalist, teacher and budding accountant

How Busoga can finally achieve its takeoff in this term 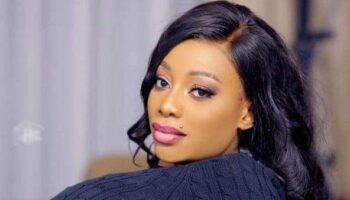