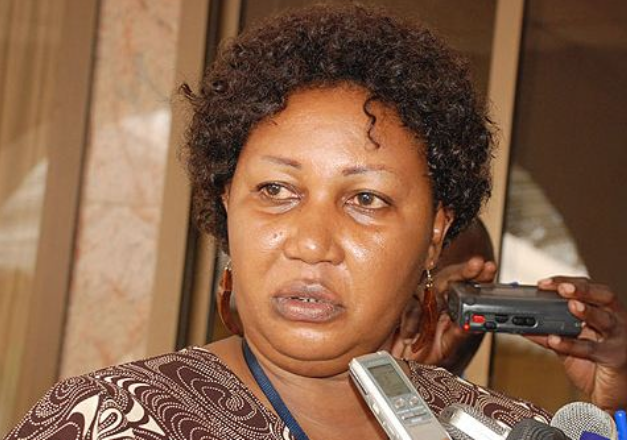 The numbers to run Uganda’s human rights watchdog-Human Rights Commission have continued to reduce raising further questions as to whether government is ready to uphold human rights.

Whereas the commission should have seven members, it is currently running with only two members as commissioners. The last straw was made this week when president Museveni pulled out one the remaining commissioners Dr. okiria Acan and posted her to IGG’s office as the second deputy IGG.

Acan is an Acholi but married to an Itesot resident in Bukedea district represented by deputy speaker Anita Among. A renowned mulokole, Acan has been a commissioner in UHRC since 2019. Museveni recently appointed former deputy IGG Beatrice Wangadya as the chairperson of this commission ending years of this commission working like a headless chicken. It’s chairperson Medie Kaggwa died two years ago and calls from both within and outside for the president to name a chairperson had all along landed on rocky ears.

The commission currently has two commissioners including Medie Mulumba and Mzee Kateebalirwe both whose contracts are also soon coming to an end. As for Wangadya, she is yet to be vetted by parliament but sources suggest the delay by parliament to vet her is because they want him to first fully nominate all commissioners.

“What is the use of approving the chairperson who has no team to work with? It is better the president speeds up the process of naming other commissioners so that the commission can fully function. We always allocate funds but there’s no proper supervision because of lack of manpower” sources said.

Museveni’s appointments to this commission have always been received with controversies. Everytime he makes such appointments parliament makes noise wanting him to consider gender and regional balance something he feels threatened to fullfil.

For example, we have chanced on a letter where he and his former speaker Rebecca Kadaga exchanged bitterly about these Human Rights Commission appointments. Apparently, the president had presented a list naming people Kadaga viewed as all from the west. Besides, they had no woman among them. She rejected the appointments and immediately notified Museveni who; though he yielded to her pressure, told her off.

The letter is dated 27/2/2012 and it’s entitled ‘Vacancies on the Human Rights Commission’ and was addressed to Kadaga personally.

“I have received your letter of 23rd/December/2011 regarding the two vacancies on the Human Rights Commission. I noted the comments you made on balancing (regions, gender etc). We should not get over diverted to this issue in every institution. It may disrupt our ideological view of Uganda” he said.

He went on ‘balanced development shall be understood to mean the development of infrastructure (Karuma-Arua road, Soroti-Lira road etc)’
So bitter he was that the president even assured Kadaga that the much talked about regional balance doesn’t help the region, but instead the appointments he makes only help the beneficiaries alone.

“These appointments help the individual involved not necessarily the region. I always take that issue into account but also I take other issues into account (personal merit, historical contribution etc). I hope you will consider those factors” he said before naming one female Itesot to the commission.

For now, it remains unknown who Museveni is bringing as a commissioner in this Commission but currently, there exists four vacant posts. This implies it has no quorum to transact business even with Wangadya being named as chairperson. This commission is key when it comes to investigating human rights abuses by key players especially security forces and other errant people. It’s always the first point of call by political players especially when there are confrontations between government and it’s people. Therefore, it’s absence or work always attracts both government and public interest in case of human rights concerns. The president on the other hand, must hunt for ‘trusted’ cadres. But who are they? Where do they come from?

Watch out for names of possible appointees!!