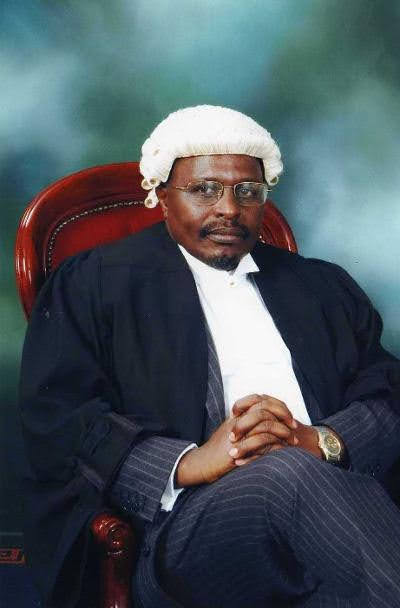 Mashate at his work in UK

President Yoweri Museveni has survived four White Collar attempts all of which could have adversely impacted on his rule and image. However, thanks to the efforts of one of his longtime admirer and supporter for that matter, the president has waded through those sensitive muddy waters. But who is this man and what did he do exactly? Where is he?

Peter Magomu Mashate is a London based Ugandan Barrister of the Honourable Society of Lincoln’s Inn of Court London and has been there for decades as a Lawyer. He is also an enrolled Advocate of all Courts of Judicature of Uganda. He’s been on the forefront of fighting for justice not only for his British clients but also for the Blackman. Although most people when they reach the white man’s land do not want to associate with the black man, to Mashate this is like the opposite.
“I am one person who doesn’t believe in racism and Xenophobia. Whether black or colored or white, we all have the same blood. Skin colour is something I really don’t pay attention to but of course as an African, I feel proud and I can’t bury my head in the sand because I want to look like the whites or even speak like them. I am an African of Ugandan origin and a tenacious freedom fighter and Crusader of Social fairness and Justice” he says.

Indeed, his argument can be seen in his long held consistent desires to serve his country back home. Though he has been in the Diaspora for decades, he unlike most Ugandans who do not want to return, has been a regular and active person as far as serving his country is concerned even more regular to his Constituency than some local MPs in Uganda do.

For example, when it comes to cultural matters, Mashate is not a stranger here. He is actually one of the brains behind the constitution of the Inzu Ya Bamasaaba chiefdom. No wonder, when this institution began, he was appointed the first Attorney General of this institution in the Cabinet of His Highness Wilson Weasa Wamimbi Umukuuka 1 where he served with all his energy until he handed over power and proceeded to campaign as a Parliamentary candidate in 2016 General election.

Mashate opines that “Some people embrace this leadership as a way to enrich oneself. To me, leadership is all about serving the people. It is people first then you think of yourself. And this is an attribute which a few of our leaders have. Most of them think that leadership is the simplest way to amass wealth” he says.

That aside, Mashate is not a stranger to national politics. In his struggle for the freedom of his people from the bondage of poverty, he has tried to seek position of leadership and true; he almost made it. He stood for MP Bungokho North Constituency and uprooted the then area MP Yahaya Gudoi in the NRM Primary election. In the General election 2016, he polled 12,642 votes while FDC polled 13,021 and was only defeated narrowly by a contestable tiny margin of 379 votes by FDC candidate Sizomwe.

“The huge surge in his vote is attributed to his unrelenting community involvement in constituency projects across all religious and ethnic divide as his brand of politics is uniquely one of unity” said Ramadthan Bakusekamajja, a local leader and resident in Mbale.

And yet at the party level, Mashate is also there. For example he’s been the general secretary for the NRM Diaspora League.

His service to the country has not only been to the wanainchi alone but also extended to the His Excellency YK Tibuhaburwa Museveni; there by putting off frustrating power schemes endless times.

For example, in 2018 following the Arua incident, Museveni came under verbal artillery by one of the MPs Paul Williams in the UK parliament. To him, that wasn’t a simple situation. Museveni; a president of a sovereign country was officially invited for a CHOGM meeting but he was not protected from embarrassments.
“It required someone of courage and selfless patriotism to counter the MP. As you can see, the president had an entourage but they all feared to respond to the attacks against him. But barristers are the Elite legal brain of the UK and highly respected members of UK society and as a barrister-at-law I sat down and said; if this is going to be my last day here in London, let it be but I can’t allow my president (Museveni) for whom I have served all these years to be humiliated like that!” He says.

To him, the MP Dr. Paul Williams’ attacks against Museveni weren’t directed at him as a person but it was an attempt to usurp the power of Ugandans who democratically choose their leaders.
“It was a big risk for me to respond but I did it. I thought I was going to lose my Residence Status here but because of my president for whom I greatly campaigned from days of UPM in 1980, I wrote a very strong materially and factually loaded letter to Dr. Paul Williams and I challenged him to come to Uganda and engage with us but not to dictate to us. Uganda is an independent country” he says.

Putting Dr. Paul Williams’ matter aside the same Mashate had earlier on rallied to defence of the president in a very sensitive and sensational suit in the UK courts where millions of pounds were being sought personally against the president and not vicariously as the President. As Uganda’s foreign affairs ministry was still dillydallying after being served with the Suit, the case was going to be determined exparte. This therefore meant that Museveni was going to incur heavy costs and by extension the country. Arrangements were made and Mashate ably defended Museveni till victory came his way. Mashate a “rare specie” resisted an inducement of the equivalent of Uganda shillings 10 billion to compromise the UK case against the President and enter a Consent order on terms adverse to the President and the country. This is truly a corruption free patriotic mind difficult to find in Uganda easily.

His legal prowess also helped Museveni win the 2006 election petition filed by Kizza Besigye since he was part of the legal team for the president. Besigye had laid a super legal ambush against Museveni seeking to undo his victory but this effort failed thanks to Mashate and the team of other patriotic lawyers who defended Museveni!

Unfortunately, though all his colleagues like Chief Justice Alphose Owiny Dollo and others have since been deployed and others to cabinet as ministers, but Mashate is still on Katebe. We are told he has made frantic efforts to be deployed and be appointed at least to any of the existing vacancies in various commissions. However, this hasn’t yet materialised, probably the fountain of honour thinks that he is still in the Covid scary UK but truth is, he is back to stay in Uganda. For now, research shows there are existing gaps in Uganda Human Rights Commission, Judicial Service Commission, Uganda Airlines Board and above all, gaps in cabinet including that of minister for justice and constitutional affairs.

Mashate born to Mzee Erieza Mashate who was the UPC leader Eastern Region & independence leader of greater Bugisu was in 1966 political crisis victimised by Obote because he belonged to Grace Ibingira and Barak Kirya UPC progressive wing. Mashate who is also nephew of the late Professor Dan Wadada Nabudere, is a historical Uganda Patriotic Movement (UPM) and was a member and youth actvist at its formation together with the late His Highness Sir Bob Kipiro Mushikori Umukuuka 2 (King of Bagisu). He also campaigned for President of UPM YK Museveni and the late Mzee Jack Maumbe Mukwana the UPM candidate for Member of Parliament Bungokho Constituency where Mashate hails from. However both his candidates President Museveni and Maumbe Mukwana were rigged out and lost to Obote UPC gang in 1980 General election.