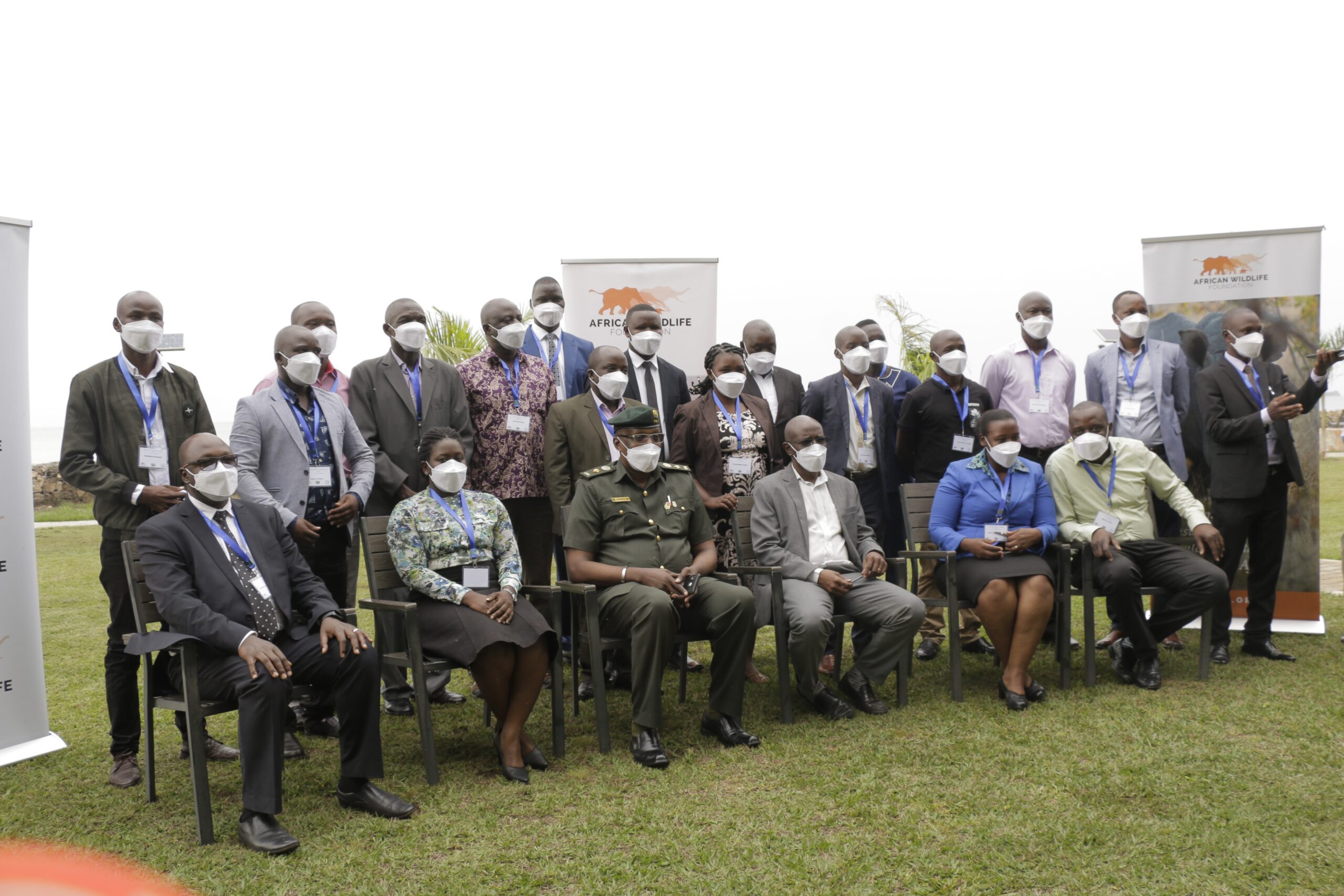 Wildlife gurus pose for a group photo after the event

Suudi Bamulesewa, revealed that for all its noble intentions, the operation aimed at eliminating poaching of Uganda’s wildlife lacks robust capacities to outsmart poaching approaches that are coordinated online. This, Bamulesewa said, is due to the fact that UWA officials can’t adequately analyze gadgets seized from poachers or wildlife encroachers; hence causing delays in prosecuting poachers.

Bamulesewa made the remarks while speaking to the media in Entebbe on Wildlife Judicial and prosecutorial support on operation Fata Poacher.

“Can you imagine UWA, which is a leader in conservation of wildlife and prosecuting suspects, doesn’t have the capacity to analyze gadgets confiscated from suspects! The police they use prefer to work on its own cases thus delaying dispensation of justice,” he said.

Bamulesewa cited limited finance as one of the obstacles in conducting Fata Poacher operations and called on for more funding.

Bamulesewa asked the Uganda Wildlife Authority to involve communities around national parks in its effort to stamp out wildlife cybercrimes.

“It’s useless to coerce the community but there is a need to involve it in our operations. Many community members lose their crops especially when elephants escape from the game parks.”

Ernest Angina Ochieng, the manager in charge of cybercrimes at the African Wildlife Foundation (AWF), asked all stakeholders to step up efforts in fighting wildlife crimes so as to bring the perpetrators to book.

Joshua Karamagi, the manager in charge of Investigations at Uganda Wildlife Authority (UWA), said during the Fata Poacher operations, it was discovered some UWA staff were involved in wildlife crimes.

“We conducted an investigation on our staff and it yielded good results as some of our personnel were implicated in the malpractices.

We instituted thorough investigations and those found guilty will be axed. ”

Karamagi revealed that during operation Fata poacher they managed to apprehend 32 supsects, 3 of them convicted while the rest are still on remand awaiting court determination on charges imposed on them.