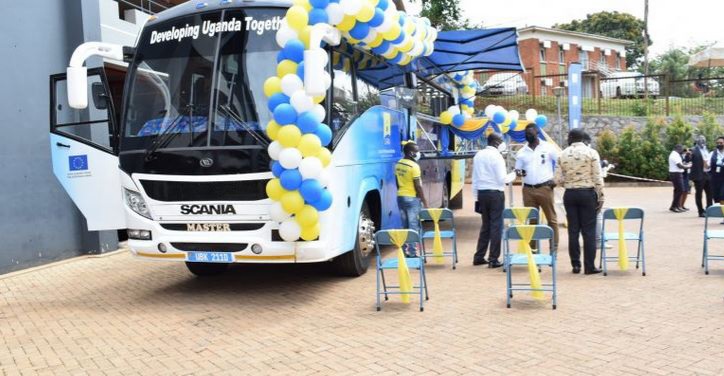 Uganda Revenue Authority (URA) has stepped up its countrywide tours in a bid to have all the taxpayers realize the presence and the value of the tax body. The programme is intended to help create awareness and trust among Ugandans about URA’s operations.

Because social media is a critical medium of communication for youngsters, it makes Rumanyika’s method very commendable of URA; for many people not only in Busoga sub-region heard about the services of URA in that noble cause. I wish the same should be extended to other regions’ activities — even if not necessarily coronations. This will help Ugandans to feel their tax body.

The webinar was moderated by Douglas Kabagambe, the in-charge Strategic Analysis. In the same line, URA has hatched a robust sensitization programme dubbed Tujenge Uganda, a Kiswahili phrase for ‘Let’s build Uganda’.

The Tujenge Uganda programme launched its work in eastern Uganda in partnership with the local governments of Kamuli, Buyende, Bukungu, Kyankoole and Kapyokolo and Iyingo landing sites. Uganda Registration Services Bureau (URSB) was in tow to ensure that as taxpayers are registered, they too, need to formalize their businesses as well.

The purpose of the programme which will soon be rolled to the other parts of the country will first see eastern Uganda’s districts of Iganga, Mbale, and Soroti served, and it’s intended to inform and educate Ugandans on how the tax body operates when collecting taxes.

What formed part of the sensitization programme are three notable topics of; Tax Identification Number (TIN) registration, Tax returns filing, and Tax advocacy services. All these services are rendered free of charge when a client seeks help from the tax body’s offices which are now spread to all regions. For example, we have URA offices in Mbale, Soroti, Jinja, Gulu, Arua, Mbarara, Fort Portal among others to name but a few. But we also have the field offices like Mpondwe, Mutukula, Entebbe, Malaba, and Busia

This is very key; for many times we’ve heard Ugandans say, “This is our money.” This means Ugandans know about many things concerning URA but URA needs to cement this by properly informing, educating, and sensitizing them so as to arouse interest in paying taxes.

Without taxpayers, then the collection of taxes will face serious obstacles where the country will stand to lose billions of shillings. URA has in the past been having 1.8 million taxpayers on its system but in this year there is a plan, according to Mr. Rumanyika, to increase the tax register by 500,000 taxpayers.

In this regard, a bus is traversing the country with the inscriptions: “Developing Uganda Together”. This bus is a URA moving office that will link the tax body with the taxpayers and they are offering online services especially to remote areas that lack proximal access to URA offices and electronic services.

The tax body through her partner the European Union (EU) benefited from funding since the financial year 2018/19 on a number of initiatives like the acquisition of two specialized Mobile Tax Education and Outreach activities in support of the national agenda of domestic revenue mobilization.

This is being done because the business environment has transformed and is transforming faster due to modern technology. And for that, no Ugandan should be left out. Tomorrow, given the technology the globe is enjoying and embracing. Soon we shall be asked to digitalize our land and other property so that it will be easier for the tax body to conduct its duty of levying taxes.

One of the areas where our country will be able to boost tax collection and management is in the property sector and it’s where we need to ensure that we have a digitalized land management system to ensure that land rates and stamp duty grow. And once they are digitized, URA will know where each property is located. Modern countries have developed because their citizens are good taxpayers and the monies collected are put to good use. So, we too can emulate them.

With all these programmes that have been rolled out, Ugandans don’t need to be fleeced of their monies that an individual outside the URA offices wants to help a client to access services at a fee. No! Gone are those days when Ugandans were charged Shs90,000 just to have a TIN. Simply walk to URA offices nearby and get served cost-free. It’s also a deliberate bid to fight corruption but also to instill a culture of community service to its employees. And in so doing, URA will have officers with impeccable integrity, people who are hinged to the institution’s ethos of three core values; patriotism, integrity, and professionalism. That is what Ugandans want.

So, as Ugandans who are the taxpayers, let’s embrace the 30-year journey that URA has rolled to us to ensure Ugandans are given professional service as we move towards economic independence. It should be noted that in the Financial Year 2020/21, URA collected net revenue of Shs19,263.00 billion. During the FY 2019/2020, the net revenue collections were Shs16,751,64 billion, against a target of Shs20,344.13 billion. The collections were Shs3,592.49 billion below target performing at 82.34 percent which is commendable.

The tax body hopes to hit Shs22.42 Trillion for the FY 2021/22, however, during a conference that was held early this year, URA announced that the target for the FY 2021/22 is Shs44.7 trillion whereby Shs22.42 trillion of the total revenue target will be locally collected.

Of this, Shs20.8 trillion will be tax revenue and Shs1.5 trillion will accrue from non-tax revenue. Ugandans can make this possible if we work as a team that has the vision to develop our country. And given the fact that URA is rolling out sensitization and outreach programmes that will ensure that every Ugandan gets to know the intention of the tax collector, then we shall definitely achieve the set projections with ease.

It’s against this backdrop that every Ugandan is urged to join the Tujenge Uganda and then we shall enjoy the fruits later on. For God and My Country!

Julius Odeke, is a journalist and communication officer for Kalaki District Local Government. 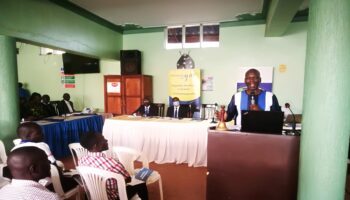