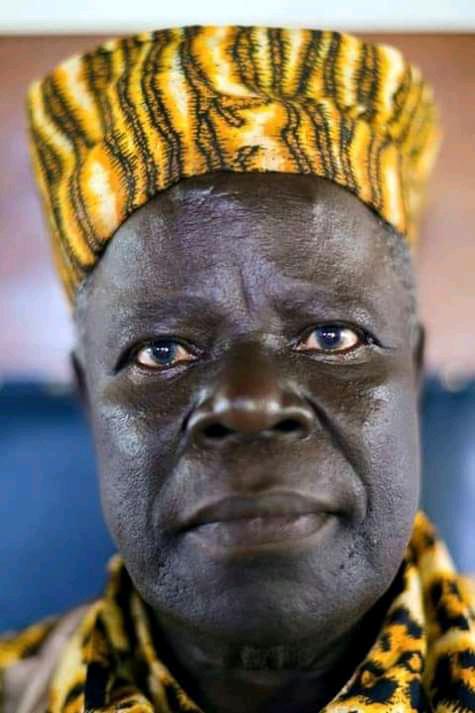 The ugly face of death has continued to stare at Uganda, with incoming news indicating the demise of Iteso Paramount Chief (Emorimor), Papa Augustine Osuban Lemukol.
The Emorimor, 88, breathed his last this evening at Mulago National Referral Hospital, according to Augustine Okurut Omare, the Iteso cultural Union (ICU) Prime Minister.

As per reports, Osuban had been sickly for the last three weeks and was first admitted to the Covid-19 unit at Soroti Regional Referral hospital. He was however transferred to Mulago hospital after his condition deteriorated.

A renowned agriculturalist, Osuban retired about 40 years ago at the level of agricultural commissioner. He then took on the mantle to build the ICU where he won hearts of the Iteso as a steadfast unifier.

Osuban becomes the second person to succumb to Covid in his family, with his son, then a commissioner in the ministry of education, passing on last year.

Several eminent Ugandans received the Emorimor’s death with sadness. As soon as the news was announced, Deputy Presidential press secretary, Faruk Kirunda commiserated with the Iteso, tweeting; “Very unfortunate to lose an elder and the Teso cultural leader, Emorimor Papa Osuban. Condolences to his subjects. May his soul rest in eternal peace! FK,”

“It’s with deep sorrow that we communicate the demise of our cultural leader PAPA Emorimor Lo Iteso who has just passed on in Mulago National referral hospital, Further communication will be made later . MAY HIS SOUL REST IN ETERNAL PEACE AMEN,” Mukula, who is also National Vice Chairman NRM Eastern, tweeted.

The Emorimor’s death comes on the backdrop of the deaths of other eminent Ugandans including former Ethics Minister Fr. Simon Lokodo, Bank of Uganda Governor Tumusiime-Mutebile, among others.