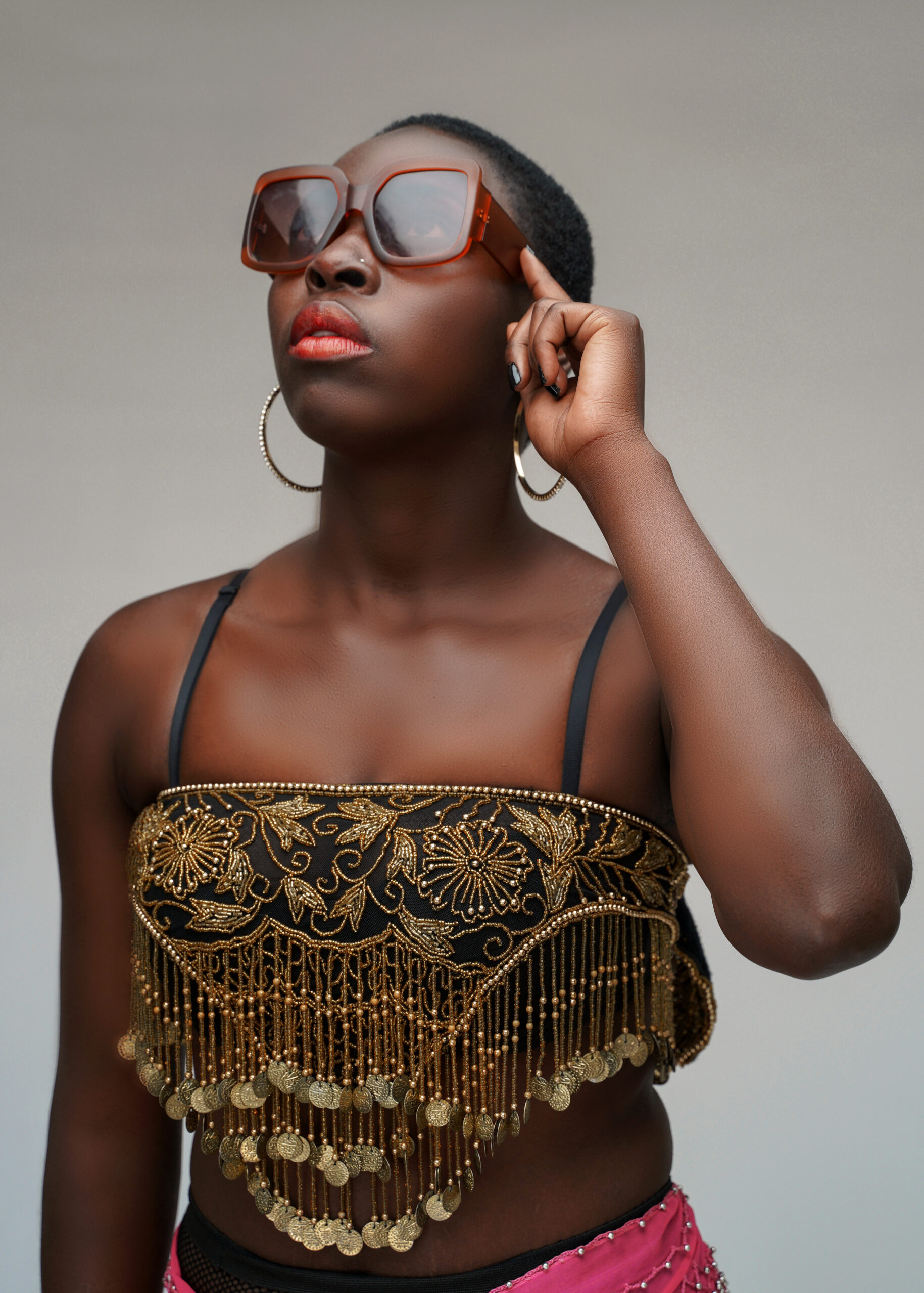 She could be just a couple of songs into a budding musical career but South Africa based Ugandan up-and-coming diva Debbie Batuusa is a woman not afraid to explore new territories.
The songstress dipped a foot in a deep pool by hitting the studio for a maiden photo shoot in what turns out to be a bold statement of intent.

Known for an edgy bare-it-all dress code, Debbie this time round chose not to go on the edge, instead serving her fans with a sumptuous blend of beauty wrapped in African decency.
In the new photos, she chooses to go all black but with a tinge of African themes.

According to her, this is purposely to touch base with mother African and also to prove that once you have the talent then you can choose to be ‘simple and plain’.
“That’s why I chose little or no makeup because I believe in making my music and art speak louder than what I wear,” she told The Inspector from her base in South Africa.

The photoshoot, we have learnt, is in preparation of her maiden concert dubbed ‘Batuusa Effect’ which is slated to happen soon between September and early October.

“All preparations are in high gear and my promoters are putting final touches to the last bits of everything to ensure that my fans get the best feel of what Debbie Batuusa has to offer. Being my maiden concert, I want to prove to my fans that I’ve come to claim my space in the industry so I’m rehearsing vigorously to be able to make that indelible mark!,” she said. Batuusa is currently promoted by Salimax and has four songs to her name including Gwenjagala, among others.