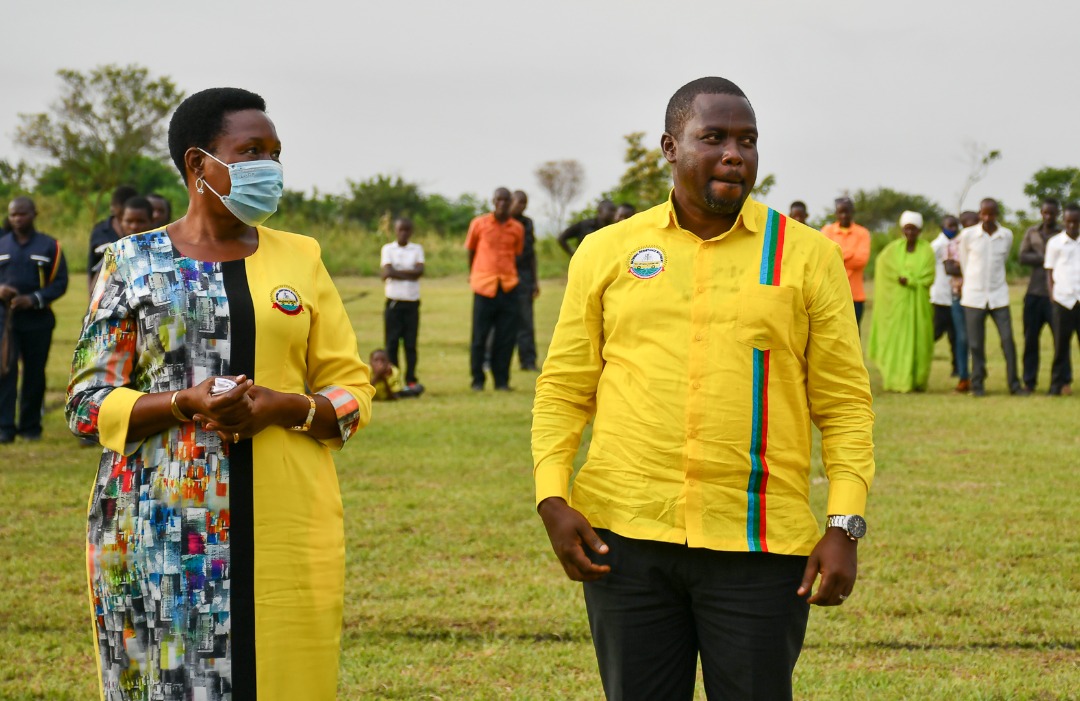 Traders at Uganda-Rwanda border of Kyanika have poured their hearts out to the NRM secretary general Richard Todwong over the challenges they are facing at the border.
Todwong, accompanied by the senior officials from the party secretariat including; the Deputy National Treasurer, Hon. Kyatuhaire Jaqueline, NRM party Electoral Commission Chairman, Dr Tanga Odoi, Director for Mobilization, Hon. Seninde Rosemary and Director for Communication and PR, Hon. Emmanuel Lumala Dombo, paid a courtesy visit to Bunagana, Uganda-DRC border post and Kyanika, a border post of Uganda and Rwanda, both found in Kisoro district in South-western Uganda.

The visit was intended to assess the performance of the two borders in the wake of the covid-19 pandemic and also establish the challenges faced by the people who carry out cross border trade activities.
“The cost of covid-19 test is very high. Even our cargo is delayed” the locals told the NRM team emphasizing that the delay is mostly at Kyanika which was opened to traders barely a week ago.
Todwong promised to refer the matter to the relevant authorities for an immediate remedy.

“It is our first time to visit you here, and, unfortunately, you have these challenges. I promise that I will take your concerns to the relevant authorities and the lasting solution will be found,” Todwong promised as the traders clapped endlessly with cheers.

The delegation which is in the Kigezi sub-region on a working tour was accompanied by the district woman representative in parliament Hon. Sarah Mateke Nyirabashitsi, and the Resident district commissioner Kisoro, Captain Peter Mugisha.

The residents at Kyanika, were all smiles over the SG’s visit saying this symbolized normalized relations between the two neighbors. They said this will facilitate full resumption of normal trade activities between the two sister countries.

Meanwhile, Todwong has urged NRM leaders of Kanungu to ensure coherence and reconciliation.

He made remarks while officiating at the function organized by Kanungu district leaders to mark 36 years of NRM in power. The celebrations which were held at Rushorooza Seed School in Kihihi sub-county, Kinkizi West constituency, Kanungu district attracted a multitude of NRM supporters and fanatics who endured heavy downpour to listen to the party officials.

“It is my mission to preach reconciliation among party leaders as a precursor to promoting party cohesion and unity,” Todwong said, asking leaders to pay more attention to people’s needs and work out the possible solutions.

“As a political teacher, I must tell you that a leader should understand what the society needs. People need peace and security, they need programs that elevate their conditions,” he noted, adding, “Leaders need to help people to benefit in government poverty eradication programs.”

He commended Kanungu leaders, including the district RDC, Hajj Shafik Ssekandi for ensuring unity in the district which has enabled the smooth running of party activities.