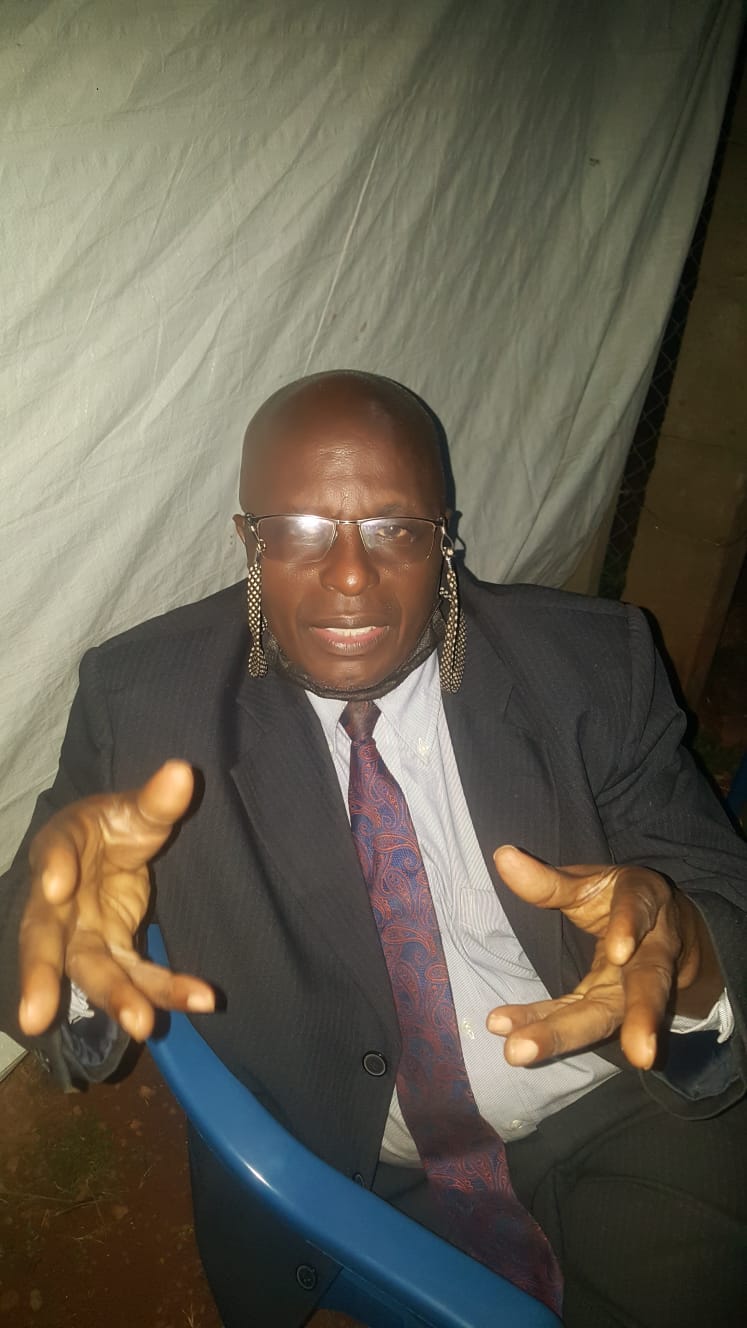 Last week the EUROPEAN parliament passed a resolution that Uganda and Tanzania should suspend (for one year subject to a study and report) the East African Crude oil pipeline project (EACOP) on the basis of the EU parliament (immagine – not Uganda/Tanzania Parliaments) Environmental and Human rights concerns.

In this short intensively condensed article, I will contend and submit that ” Neo-colonialism is arguably the last stage of imperialism” is it not?

The current intriguing question is could Russia’s Lavrov & America’s Blinken recent whistle diplomatic tour around strategic countries in Africa including Uganda create another Ukraine in Africa as a battle for supremacy or brotherhood or ruthless international capital ensues?

I will respectfully argue and submit that “Wealth is Power and Power is Politics therefore the Art of politics does not only lie in how you acquire power (read wealth) but also how you preserve it (Wealth & power)”.

Even in this limited context how is it possibly different today from the then frantic cold war efforts of the then Socialist Nile Valley via~a~vis American geo-strategic interests of policing and defending the Indian Ocean commercial route to India and the far East with a durable military presence in Indian Ocean in or near Mombasa.

Indeed Mombasa strategic viability to the West (read America) was demonstrated during the war in the 2003 between America (read the world) and Saddam Hussein of Iraq.

The American Amphibious assault force with an impressive array of bombers just landed in Mombasa without diplomatic permission and clearance of Kenya as a sovereign country.

The best Kenya could do under then His Excellency President Mwai Kibaki was to send a protest diplomatic note. The “big boy” politics was simply this; “either you are with us or against us and if you are against us we reserve the right of impunity ” and I will contend that is how imperialism perceives African sovereignty in practice.

Are we lost to the facts and/or modus operandi of the superimposition of colonialism and the subterfuge employed then in the colonial era. This included the swoping of gifts like a mirror to King Lobengula in Matabele land in exchange for signing away African land of what turned out to be Rhodesia and beyond.

For example, in the run up to colonialism and the scramble and partition of Africa DID THE FLAG (British East Africa Company) & German – Karl Peters colonialism/commercialism) FOLLOW THE CROSS (christianity/religion)? This was the “chicken and the egg” analogous dispensation – which came first?

A quick historical scan in the brief background of Oil and Gas in Uganda
mainly in the Albertine puts the oil economic politics into perspective and discloses the following chronology;

1, That in 1925, E.J Wayland who was a colonial government Geologist published an article entitled “Petroleum in uganda” this was referenced and captured as hydrocarbon.

Realignment of commercial governance and efficacy of international exploitation:

This new realignment and strategy was focussed on west Africa and Nigeria in paricular because of its coastline geographical location and therefore cost effective transportation in terms of oil prospecting.

In short, the colonial geo-strategic decision made mainly focused on oil prospecting in West Africa while East Africa was predominantly left for agricultural farming and other less intensive mineral extraction like Cooper in Kilembe.

Worth noting is that this colonial geo-strategic decision of concentrating and prospecting oil drilling on the West African coast to be precise Nigeria was a Colonial geo-strategic Commercial decision. This was not Humanitarian or Eco system environmental consideration. This was about economic and cost effective exploitation of the oil resources for the benefit of the colonial economies.

Decades later, patriotism and panafricansm caught up and produced visionary sons and daughters with a mission to fight and bring about total liberation of Uganda, East Africa and Africa in all manifestations.

The fundamental change came about 1980s with the NRM government when resumption of the oil fields were opened up again.

In uganda, we have had a number of companies to manage our oil and gas and among them include these actors;

To put in context and perspective the current beehive of diplomatic activity including but not limited to the recent EU resolution against Uganda/TANZANIA oil pipeline, it is hereby submitted as follows;

That, the visit of Russian foreign minister to uganda vis~a~vis the visit of the American envoy Secretary of State Blinken in or about August 2022 should and ought to be put in context.

Indeed, inherent in the ownership of the above oil prospecting companies, they are inextricably attached to different countries including but not limited to member states of the EU currently involved in the Russian/ Ukrainian war and the strict and punitive sanction regime thereto. Let’s take a glance the oil companies and their nations flags which are involved in Uganda oil.

There is Cnooc, this is a chinese company with 1/3 of the total shares in ugandan oil, these ones bought these shares from tullow at approximately $578million which was a good deal for tullow.

This is a Russian owned company which was contracted to construct an oil refinery in uganda and the American Ambassador came out clearly and critised the deal of uganda contracting with Rt global to construct oil refinery hence defining the contours of diplomatic geo-strategic rivalry.

But how much does the EUROPEAN PARLIAMENT care about the welfare or even the Environment of Africa?

To answer the foregoing question we need to re-visit the West African coast and in particular Nigeria where as set out above took precedence over Ugandan or East African oil prospecting.

Did Shell act in the best interests of the African people in Nigeria or even the Environment now being cited and trumpeted against the EACOP?

The oil executed Ken Sara-Wiwo of Nigerian Ogon tribe of the Delta region.

Given the virtually and irretrievably extensive damage to the environment and welfare of the Nigerian people Dr Ken Sara-Wiwo led a movement against this ruthless international capitalism, exploitation and indeed state capture under the late Nigerian President Sani Abacha.

Ken Sara-Wiwo was arrested and subjected to a kangaroo court which summarily executed him. But 20 years later the Environmental degradation is worse.

The lipstick corporate responsibility of ploughing back into the community is meaningless to the Ogon people. Instead Shell threw a paltry $27 million dollars to the family of Ken Sara-Wiwo claiming it as a “good” gesture not admission of culpability.

Therefore, EU resolution is evidently not in good faith whatsoever faith which has not been demonstrated else where in Africa or in the world not to mention the world wide forests logging and degradation all courtsey of the reckless and ruthless roaming international capital.

What the East African federation which is now well and truly coalescing around this gigantic economic interest of EACOP amongst other projects is to ensure that the welfare and environmental guarantees are provided and constituted into an Environment and Human rights Charter (contract with the people) formulate this Charter with real environmental teeth and the EU reservations fall apart.

The writer is a London based Constitutional & Human rights Barrister-at-Law Lincolns Inn London. 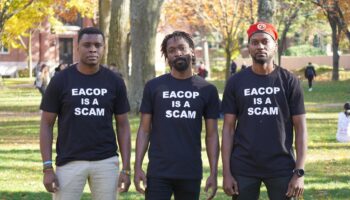