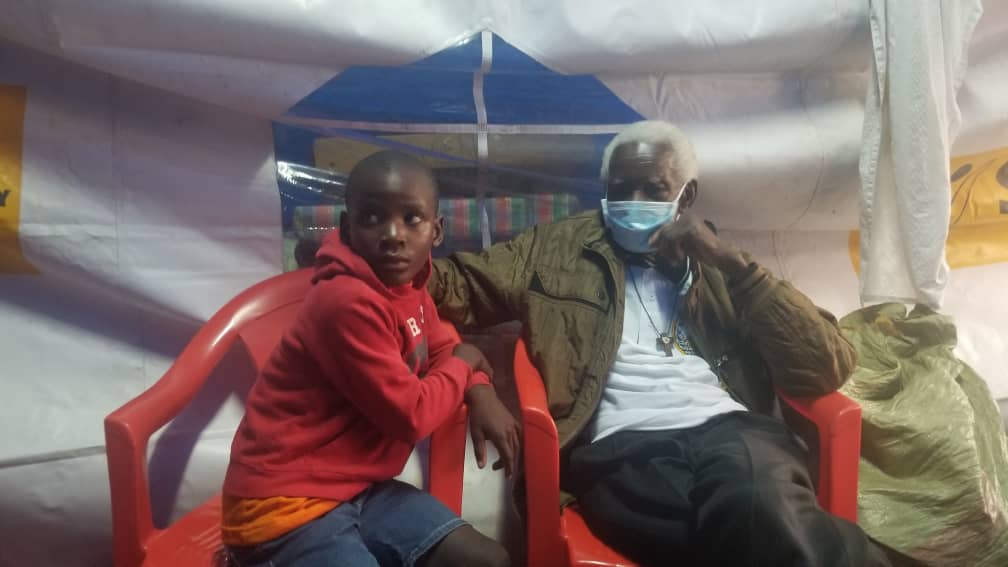 The speaker of parliament Anita Among is said to have been duped into giving her donation to a ‘fake’ recipient, this News site reports.

According to Inspectors at Namugongo Catholic church Martyrs Day organizing Committee, the boy whom Among gave the USD1000 plus lifetime education was simply smuggled in by some individuals within Tooro diocese which organised the event this year.

We are told the organizing Committee had been documenting pilgrims before the day came and on their records, is a 9-year-old boy from Mbarara diocese who was actually the first to arrive at Namugongo.
The boy whose names are yet to be established to us but his picture already with us, traveled all the way from Mbarara and reached Namugongo praying for miracles to happen to him especially on how he could get education. However, when the bishop decided to award certificates of recognition to the oldest and youngest trekker, the boy’s chance was quashed after some leaders allegedly smuggled in Brian who got the certificate.

And to make matters worse, the same boy got favors from Anita who gave him about Shs3.7m in addition to pledging to educate him fully up to university.
Now, this action has brought sharp divisions among the leaders in the organizing Committee suggesting that the speaker should pick interest in the matter.
“If she wants to confirm this, let her ask for the registration book from the organizing Committee. The details are there. This was total deceit and fraud. They smuggled in a different boy yet the rightful owner was there” says an Inspector.

The inspector added that ‘we want that boy stopped from using that money. If he uses the money, then the education should be channeled to the rightful owner. We appeal to the speaker to rescind her decision’
Watch the space!