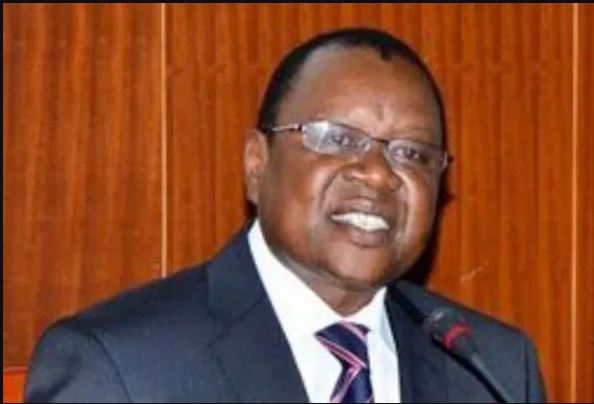 Francis Mashate has been pinned

Available information indicates that this land saga also involves a one Winnie Nakiwala and the suit property is (formerly) located on Plot 58A on Lugogo Bypass.

Records seen by this website indicate that the land in question was sold by Mashate to Nakiwala way back in 2010, at a price of Shs50 million. The lady then reportedly processed and formalized her ownership with the hitherto registered owners, the Uganda Land Commission, which had acquired a freehold land title under public ordinance in 1962.

The land, according to records, was to be used by Kololo Secondary School under the Ministry of Education, the latter, which, under unclear circumstances, showed no interest in the land. This allegedly prompted an unnamed old woman who lived nearby to ‘annex’ the land and later, between 1990 and 2000, sold it to Mashate.

Available information shows that Mashate later sold it sold the land to Nakiwala at Shs50m, receiving payment in two installments of Shs30m at the execution of the sale agreement, and shs20 million a month later.

Indeed, in the sale agreement witnessed by Umar Sekajja and Joseph Mutesasira among others, Mashate reportedly reiterated undisputed ownership of the land, and even after signing the agreement, introduced Nakiwala to the area local authorities.

And, it was after all those procedures, reports indicate, that Nakiwala went to Uganda Land Commission (ULC) and obtained her title, a situation that has now culminated in litigation with the Lohanna Community which also claims ownership over the same piece of land, ironically granted by Mashate Francis.

As all transactions are, the Lohana Community through one Nilesh Lakhan signed with Mashate, in the presence of one Kaya, reportedly a lawyer and commissioner of oaths, to validate the transaction that has since turned into a nightmare for all parties involved.

But Nakiwala was reportedly unaware of this transaction and on learning about it, sought the protection of the law after the Lohana community started destroying her developments on the land, to secure it unencumbered.

Armed with her documents, she confronted the Lohana Community members, who in turn turned to Mashate and sued him.

Undone, Nakiwala sought to be enjoined in the suit against Mashate, a man who had sold her the piece of land some years back. Justice Henry Kawesa heard the case (application) and ruled in Nakiwala‘s favor.

Earlier, during the same period, Nakiwala had also pursued criminal proceedings through the Uganda Police Land Protection Unit under the command of Charles Mutungi, who had also identified a number of miscreants acts perpetuated against complainant Nakiwala. He sought answers, which answers were to be found in Justice Kawesa’s ruling

In his wisdom, Justice Kawesa issued an order impugning other applications hitherto brought against Nakiwala in respect to Plot 58A, a development that has not gone down well with the Lohana Community

Information obtained by The Inspector indicates that on January 22, 2020 Mashate who was financially doing badly approached the Lohana Community and signed a Memorandum of Understanding as explained earlier with the aim of throwing out Nakiwala from the suit land.

Nakiwala who has been using the land with land titles in her names and has some temporary structures thereon was shocked to land on the MOU between Mashate Francis and Lohana community claiming that Mashate has been growing crops on the land without knowing the owner and that he could be compensated to vacate the said land.

In fact the memorandum of understanding signed by Nilesh Lakhan on behalf of the Lohana community and Mashate Francis states in some parts that:-

“Lohana community confirms acceptance to compensate Mashate Francis in monetary terms, in consideration of the said offer, Mashate shall stop growing crops from now and onwards upon signing the MOU and surrender the land completely, vacate and demolish the temporally structures or any other structure as per terms specified or allow Lohana community to demolish it to make the land vacant.

That the quantum of monetary compensation for the said crops as Ten million Uganda shillings (10M) to be paid to Mashate upon signing the MOU, all crops be removed, demolish or remove the boundary structures (perimeter wall) of the said land.

The MOU witnessed by Onyu Denis on behalf of KCCA and Joseph Kyazze lawyer for Lohana further stated that upon compensation, Mashate or his family, successor, will not have any claim for the said land and if does so Lohana community has the right to take legal action, also that any dispute arising on the said land shall be resolved by way of arbitration, mediation and courts of law.

However, basing on the above background of the purported MoU Lohana community stormed the said plot 58A and demolished all the properties worthy millions of shillings belonging to Nakiwala Winnie the rightful occupant of the land.

On learning about the Lohana raid Nakiwala managed to organize a formidable force with the help of security and drove away the Lohana community from her land.

A case of malicious damage was opened up against both Lohana and Mashate at Kira road police under vide SD Ref 35/25/2000.

According to communications and court records, the Commandant Land Protection Police Unit Charles Mutungi swung into action to investigate the matter.

The letters seen by this website indicate that police boss Charles Mutungi was shocked to learn that the Lohana land saga involved cases ranging from forgery to conspiracy to defraud.

“The above described property are subject of police investigations for alleged offences ranging from forgery, uttering false documents, fraudulent procurement of certificates of title, malicious damage to property, unlawful eviction and conspiracy to defraud..” read part of Mutungi’s letter addressed to Kampala District Land Board that had given a minute to issue a land title to Lohana after the existing title of Nakiwala.

Mutungi demanded the relevant offices in Kampala to provide him with all the necessary documents required over the land saga.

Reports reveal that Mashate and Lohana ended up in court as Lohana sought court redress to stop Mashate and his accomplices from accessing the said land. However, when Nakiwala learnt about it she also placed in an application to be rejoined on the matter as a party/.

The Court at Land division Kampala had issued a temporary order Misc. Appl. No. 602 of 2020 that was set aside in the ruling presided over by Justice Henry Kawesa who granted Nakiwala’s application after a shocking twist of event when court discovered documents stating that the land was long ago possessed and occupied by Nakiwala.

“This court did not get a chance to hear from the 2nd respondent’s (Mashate) side of the story since he did not file a reply to the application.

In the absence of his (Mashate) evidence , I am inclined to give the applicant’s (Nakiwala) evidence the benefit of doubt , that is the growing crops on the disputed land were hers and that she also had a house thereon.

It consequently implies that it was the applicant (Nakiwala) in actual possession of the disputed land when H.C.M.A No 602 of 2020 was filed.

This was the status quo to maintain. Having not come to the court’s attention for consideration when it was granting the impugned temporary injunction order, I find it appropriate to review the said order on ground of discovery of new and important evidence.

Consequently, the impugned order is hereby set aside, the issue therefore succeeds” Read parts of the justice Henry Kawesa ruling on the Nakiwala’s application No. 793/2020 arising from the civil suit No. 354/2020 to be rejoined on the court case.

Meanwhile, the Lohana Community are trying to fight to remove the order and by press time they had filed an application asking court to change its position.