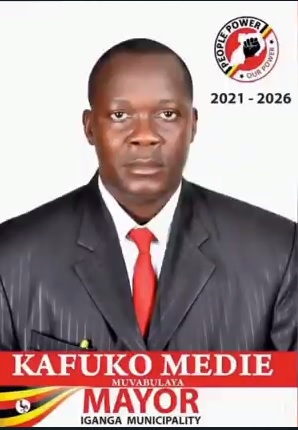 A former mayoral aspirant in Iganga Municipality in Eastern Uganda wallowed in shame after he was nabbed redhanded having carnal knowledge of a fellow man in his car. The disgraced politician has been identified as Kafuko Meddie, who contested for the Iganga Municipality MP seat in the recent general elections. As per a video that went viral on social media, Police on night patrol busted the politician while naked inside a car with a fellow man. Upon being netted, the occupants of the car resisted orders to come out, saying they were waiting for someone to join them. However, by that time a crowd had gathered around them. Onlookers would be heard calling one of the occupants of the car Mayor, alluding to his failed political bid. Area leaders bemoaned the shameful behavior exhibited by the politician. By press time it wasn’t yet established whether the suspects were arrested or charged… Watch this space!!