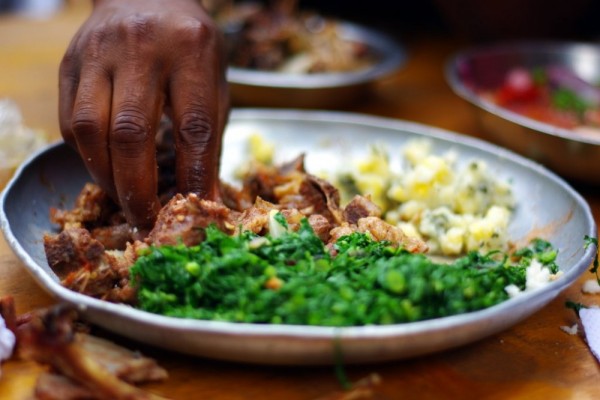 Shame gripped residents of Kanungu district after a 55-year-old man died of food!

According to the Police report, the deceased passed away while battling nine other contestants in an eating competition that was staged at Kibimbiri Trading centre.

Sources say that the competition was organized on Christmas day when a one Severino invited all those that can crush platefuls of chapatti and cakes to enter and win assorted prizes.

It is said that while mainly young lads registered in the now ill-fated contest, 55-year Sentenekora shocked all and sundry when he presented himself as one of the formidable contestants.

Sources added that the elderly man began well and onlookers believed his experience would help him give a bloody nose to the younger boys. However, fun turned into panic when Sentenekora choked on the fifth chapatti and collapsed in a heap.

The organizer promptly halted the competition and rushed the choking man to Kihihi Health Centre IV but he was pronounced dead a few hours later, at about 8:00pm.

Police have kicked off investigations and a file vide SD Ref 04/26/12/2021 at Kabuga police post.