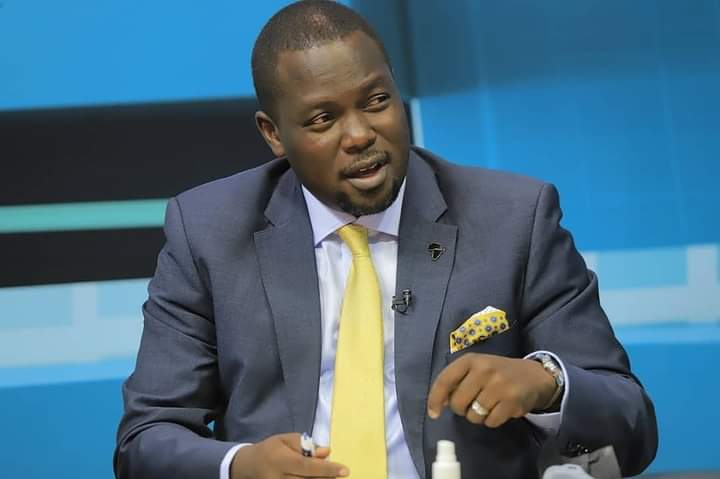 On Saturday last week, there was a zoom meeting. It was called by NRM secretary general Richard Todwong Awany. It was attended by a group of members subscribing to the ruling party-NRM in his quest for normalcy in the UK and Ireland Chapter.
This chapter according to Todwong is littered with divisions, hatred and above all, has the worst case scenario for indiscipline!
The meeting however, nearly collapsed as members started accusing each other of turning the UK chapter into a western affair with only people from Western Uganda dominating its interim leadership and yet they are the ‘minority’ in the UK.
In that meeting which started at 1600hrs up to 1700hrs, members complained that the SG had been duped to believe that the names that appeared on the attendance list really reflected one’s place of origin back in Uganda. Majority of the members we were told masquaraded with Baganda names yet in actual sense are from Western Uganda.

This group is alleged to be the Planning Committee trying to revive the now dead NRM UK& Ireland Chapter. Todwong according to Inspectors, nearly terminated the meeting as members kept pointing fingers against one another on alleged falsification of identity because they needed to stay in UK without getting trouble with the home office.
One member Patrick Asiimwe allegedly informed the meeting that the Planning Committee was 90% dominated by people from one region and this was bound to sow seeds of disunity and hatred from other Ugandans living in the UK.
“Let’s be honest. Why is it that this committee is only full of people from the West? Who doesn’t know that most of you members are hiding in Baganda names but are from Western Uganda? You think those people are fools? Is this taking us anywhere?” Asiimwe is reported to have told the meeting. So bitter he was on this issue that, he even mentioned names of those he knew were ‘masquarading’ in Baganda names simply because they wanted to appear on the leadership of the chapter.

“You’re convincing the SG but majority of you are from the west. People know that you’re actually Banyankore. We need to check this because it will look ugly to our members and especially those who have fought through thick and thin to keep this chapter and are not from Western” Inspectors quoted Asiimwe as telling Todwong. Todwong discovered that actually, the chapter had been divided into three factions and this is when he decreed that each faction brings five members who together with ‘Planning Committee’ shall now constitute the Steering Committee. It is this Steering Committee that will drive the agenda leading to the election of a fully fledged NRM UK& Ireland chapter leadership.
Todwong had summoned this meeting to listen to the history of this chapter, it’s divisions and why according to him it collapsed. We have established that NRM chairman Gen. YK Museveni was fully aware of this meeting and awaited a report from Todwong on Monday this week after cabinet meeting.

“I want you to mobilize NRM fans in UK to have a clear understanding of their roles in the party and country. You should also end these divisions, control your words and emotions. You should have mutual respect and know that NRM is bigger than all of you individually” he told them according to Inspectors.
Todwong also decreed that the process of reorganizing this chapter should have a time frame. Here, he ordered the Planning Committee to submit a report in the next meeting on Saturday this week to the new Steering Committee comprising of all factions. It is this Steering Committee that is going to have direct contact with NRM headquarters and will be tasked to make registration of NRM members before submitting the register to party headquarters.

Besides allegations of turning the chapter tribal, there is an alleged risk of donating free support to NUP in UK especially if the chapter old guards are pushed out badly.
Secondly, we are told there is a secret plan by some new recruits working with NUP to systematically capture all Diaspora chapters and kick out all old guards. The final assault after capturing the diaspora league is for them to get full funding and gang up against the party chairman Gen. Museveni at Namboole on grounds that he has overstayed.
This is the same fate former Zimbabwean party chairman and president Robert Mugabe suffered when he was kicked out of the party by internal saboteurs. Upon losing ZANU-PF leadership, Mugabe also lost presidency and decided to die.
“There is a wider scheme which Todwong must investigate. These chaps may mislead him. He needs to ask how the old guards have kept this chapter, weaknesses not withstanding” an inspector warned.

Indeed, we are told one of the reasons being advanced is the fact that the old guards are allegedly out of touch. This news site is also alive to information that one of the members had registered the chapter as a limited company but later deregistered it after fears arouse that it was bound to create trouble for the old man with a hat. In the plot, some anti-Museveni agents had allegedly plotted to drag him to UK court using this limited company and in turn, he was supposed to suffer travel ban. Meanwhile, we have learnt that the NRM director of external affairs Maj. Awich Pollar has put to notice the UK fans that a team from Kampala will be travelling to UK to conduct elections for the chapter in July.
Watch this space!