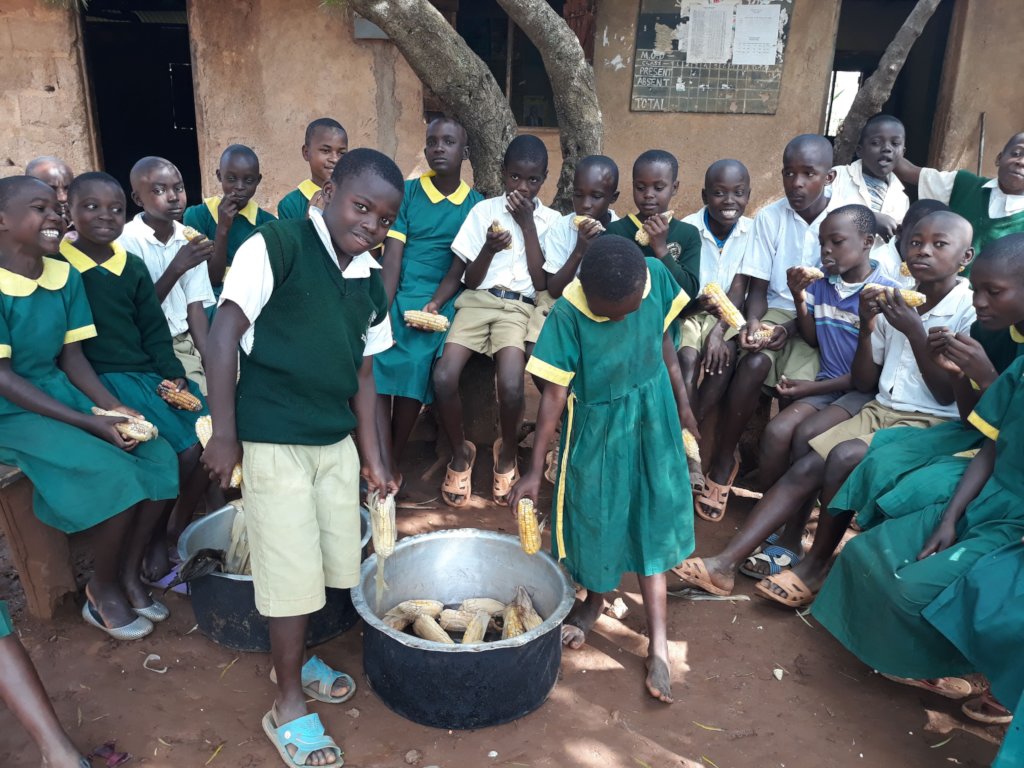 When is the last time you ate a meal? Asks a US-funded interviewer to which 52.9% respondent pupils said ‘yesterday evenning’
Of these, 51.4% are boys and 54.4% are girls and this information was captured while they were at their school(s).

This is the situation going on in the Nyege Nyege festival-hosting Busoga sub-region according to the United States’ agency USAID report that we chanced on. It is therefore, not surprising that the school performance and drop out rate among kids in Busoga is worrying compared to other regions.

This News site can authoritatively reveal that USAID under it’s Integrated Child and Youth Development Activity (ICYD) a few months ago secretly conducted an Early Grading Reading Assessment (EGRA) on the reading abilities of learners, instructional factors affecting learners and drivers of vulnerability to drop out. According to the report, the assessment results provide a baseline to measure progress.

“Learners were assessed in the local language of Lusoga and English. The survey covered seven districts including Bugiri, Bugweri, Iganga, Jinja, Kamuli, Mayuge and Namayingo” says the report.
A total of 1393 pupils of which 694 were boys and 699 girls were assessed drawn from 70 government schools. In every school, 20 pupils were sampled, one headteacher and one primary 3 reading teacher! There were also 68 headteachers and 63 teachers who were interviewed. According to the report, EGRA is made to measure pupils’ progress toward learning and reading. Among issues assessed, included learner’s characteristics, home and school practices in addition to issues of vulnerability in schools and community.

According to headteachers, the situation at school puts pupils at a risk of dropping out at 62% while that of the community is at 68%. They said kids travel longer distances to reach school and this makes them vulnerable to threats. Their assessment is slightly lower than how teachers view the threats because for them, they think the vulnerability of kids at school is at 66% while community contributes 75%. The issue of poor academic progress and it’s likelihood to push kids out of school is according to teachers 22% while headteachers say it is at 25%.

One of the driving factors at school is feeding. On the day of assessment, the report says over a half of the kids said they hadn’t eaten anything that day, meaning majority kids in Busoga stop eating at supper.
The report shows those who left home minus breakfast were 52.9% of which majority (54.4%) were girls and 51.4% boys.

Those who had eaten some food that day at school were merely 4.4% of which 5.6% were boys and 3.1% were girls meaning 95.6% hadn’t eaten a thing that day at school.
So terrible the situation is that the research showed that there were some kids who had not even eaten supper the previous night while others had spent two days and others couldn’t remember when they last ate. Those who had stopped at lunch of the the previous day were 1.4% pupils of which 2% were girls and 0.7 were boys. Those who didn’t know when they last ate were 1.8% among whom 2% were gals and 1.6% boys.

“Over a half of the learners did not eat on the day of assessment. Almost 40% of children do not eat at school” the report says.
The situation is shocking that even President Museveni’s Entanda project for pupils is not being adhered to by parents. The president has always advocated for parents to pack food for their kids and those who can manage pay for them at school for lunch but now, evidence suggests to the contrary.

A similar report by a local NGO Uwezo-Uganda was carried out on the ability by primary kids to read, write and comprehend text written in Lusoga but it was found that 87% of the pupils cannot read or understand any text written in Lusoga. This research was carried out in the regions of Buganda, Busoga, Kigezi and Lango wherein Busoga trailed with 13%, followed by Lango, Kigezi and Buganda which had 50.6%.
(Read: 87% Pupils In Busoga Can’t Read A Sentence In Lusoga-Report-www.theinspector.co.ug)
Watch this space!