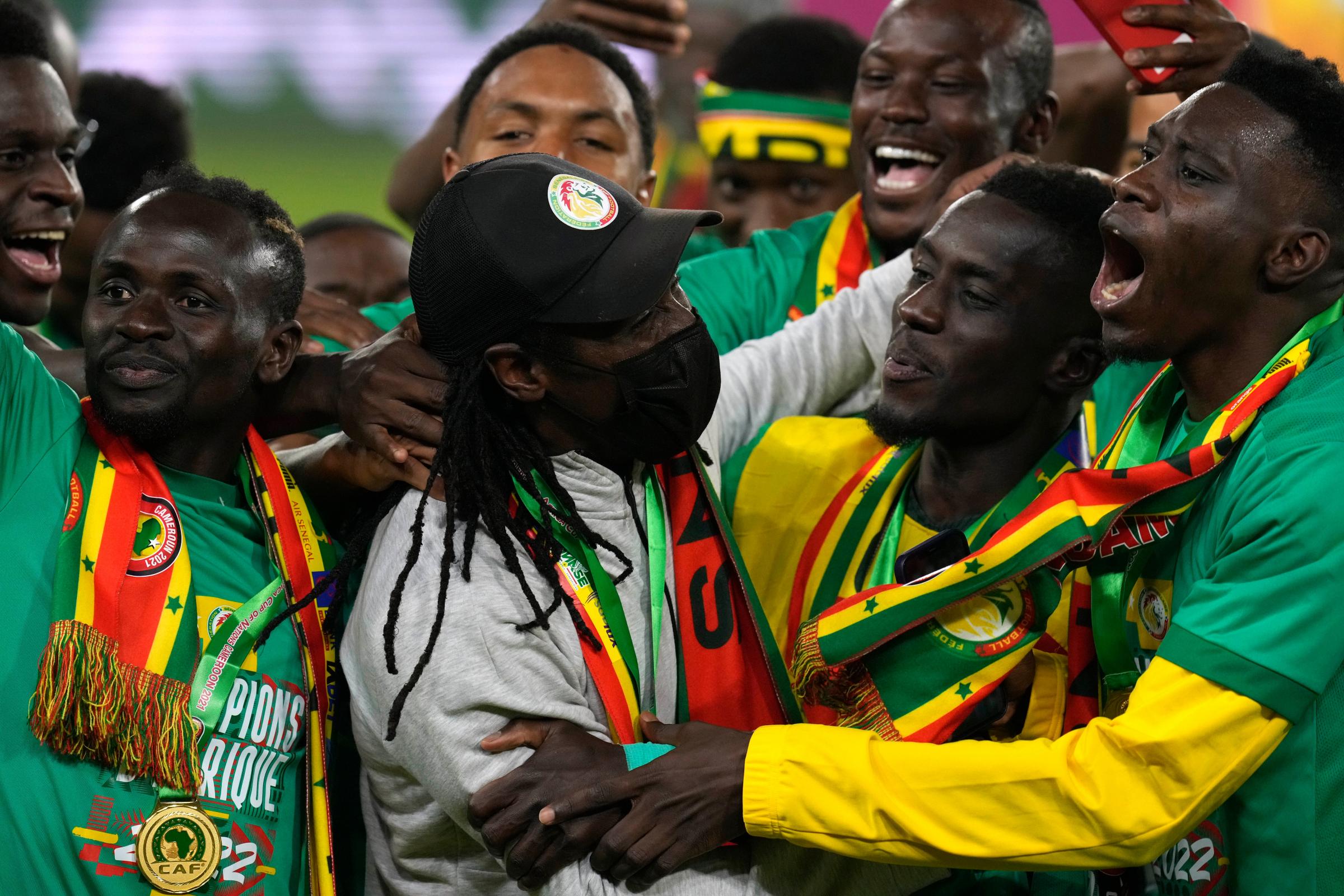 Senegal beat Egypt in a thrilling penalty shootout to clinch their maiden Africa cup of nations trophy in the final played at the Olembe Stadium in Cameroon Sunday night.

With a star-studded ensemble, the Teranga Lions overcame their ghosts of an unconvincing start to the tournament, growing stronger through the knockout stages until they clinched gold in a history-making feat.

The win will be sweeter for Senegalese coach Aliou Cisse as it serves as redemption for his earlier failures both as player and coach.

Captaining an Africa-conquering side in 2002, Cisse suffered heartache when the Lions of Teranga were defeated by the Cameroonian indomitable Lions led by Rigobert Song, Patrick Mboma and Samuel Etoo. Cisse and group including Elhaji Diouf would however get solace with an impressive run in that summer’s world cup when they became the only other African country then to reach the World Cup quarter finals after a Roger Milla inspired Cameroon in 1990.

In 2017, Cisse took over from French coach Alaine Giresse but his maiden Afcon run as coach ended at quarter final Stage. In 2019, it was more heartache for Cisse as he lost gold to Algeria in the finals held in Egypt.

This year, however, Cisse came to the Afcon with all odds in favour of his team. To begin with, soccer superstition favored him, with AFCON records showing that no team lost two finals and failed to win it the third time. Secondly, he commanded a team heavy on world beaters in best goalkeeper Edouard Mendy and Sadio Mane; whose experience this time counted lots.

But perhaps Cisse’s best moment will come in knowing that he delivered Africa’s revenge on cocky Liverpool boss, Jurgen Klopp. It should be remembered that before this year’s Afcon tourney kicked off, Klopp was adamant to release Sadio mane to join the national team, calling the AFCON a “small tournament”. This enraged Cisse, who then boldly demanded respect from Klopp over his demeaning statements.

However, Cisse will now have all reason to chest thump having beaten a couple of Klopp’s fellow European coaches to emerge the best. Among the defeated coaches was high-profile former Alex Ferguson deputy Carlos Queiroz, who coached Egypt in this year’s tournament.

Meanwhile, Senegal declared a public holiday to enable the citizens to celebrate their greatest footballing milestone.