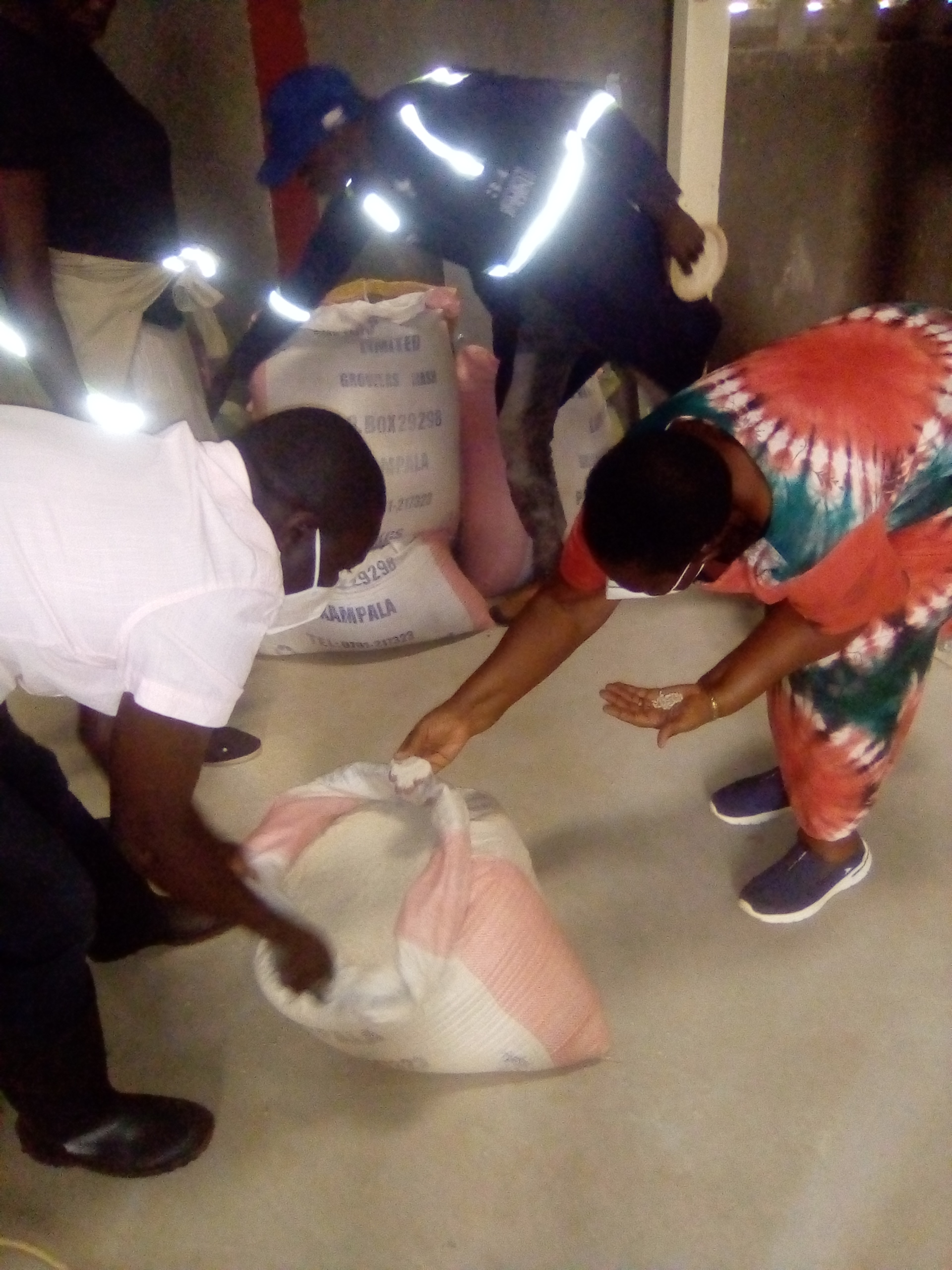 Farmers in Busoga have a reason to smile after the National Animal Genetics Resources Center and Data Bank (NAGRC &DB) has finally set up a state of the art dairy facility at Kasolwe stock farm.

The farm measuring over 500acres is located in Kamuli district in Eastern Uganda.
We authoritatively reveal that Kasolwe stock farm which last year hit headlines for being next to a myth has been transformed within a record four months and everything is on course.

Of particular importance is the impending opening of a dairy unit on this farm with latest information indicating that the cows are now being quarantined at Entebbe after the second batch also jetted into the country.
On the side of dairy unit, the management led by Peter Baine (ED) and Daniel Epinyu (farm manager) have set up a modern dairy unit with hightech machines to milk the cows.

Our Inspectors visited this farm a few days ago but the reality on the ground is that a new lease of life has been given to this vast government farm.
On the site, one could see a vast roofed structure baptized as a cow shade which according to Epinyu has been completed. There is also a modern milking parlour with a capacity to milk 20 cows at ago. The milking parlour has machines installed called 10.Swing-Over Pipeline System or Double 10 with a vacuum pump that enables milking of the cows.

“The main work on dairy is done now. What’s remaining is installation of water, separators and a few small things. The cows will come as soon as we are ready. The first and second batches have arrived and are at the headquarters. I believe by March-April, the cows will be here” Epinyu told the SPA Busoga in charge of Poverty Alleviation Hon. Florence Mutyabule. The SPA had paid an On-Spot visit to this farm to check on the progress on this much-needed farm.

Another good news is the completion of the goats structure, a sty and a feed mill. On the feed mill, the machines have already been installed and testing has also started. The feed mill is going to manufacture feeds for dairy, piggery, poultry, among others and that it’s the local farmers to supply it with grains. The feeds according to Epinyu are expected to be sold at cheaper prices and yet very nutritious.

“The feed mill is operational now. It’s only awaiting commissioning late this month. We are ready to go after commissioning. We want farmers to supply us. I urge leaders, if you have farmers around your area, mobilize them to bring us grains. It’s both soya, maize, cotton seed, sunflower etc we need in all quantities” he sounded.

He asked local leaders in Busoga to make use of this farm and it’s products. He called for massive sensitization of farmers on the importance of this farm and how they can also benefit by among others supplying in bulks grains to the farm.
Meanwhile, Mutyabule commended the management for the job well done and urged them to speed up the remaining works so that the farm can start benefiting the community.

“At least we now have somewhere to run to for fingerings, feeds, quality cattle and training. This will go a long way to address the issue of poverty among people. We need farmers to come here for training and also access better farming inputs” she said.

The farm is also going to have a warehouse and that on this same structure which is under construction, there’s going to be a fish feed processing plant, storage of finished products and grain silos. He said the fish on the farm is multiplying rapidly and that sampling to get better stock is ongoing before supply to farmers commences mid this year.