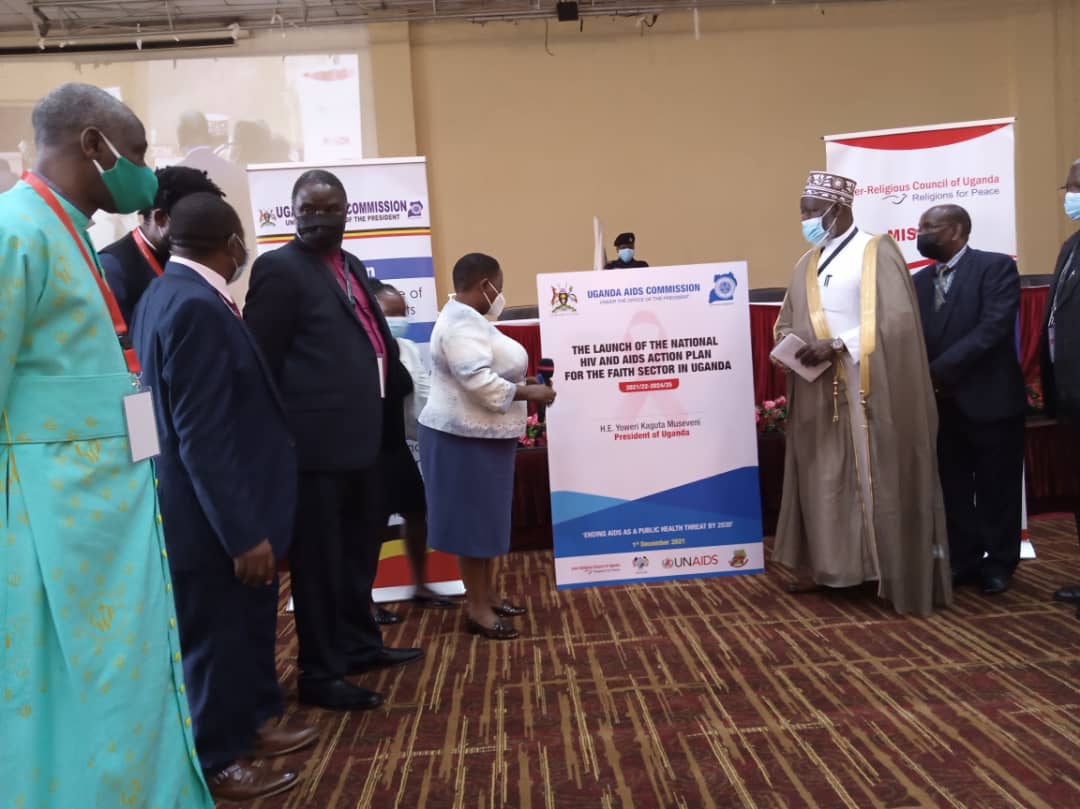 Prime Minister Nabbanja Robinah has launched the 1st National HIV and AIDS action Plan for the faith Sector in Uganda.

The Premier presided over the launch on last night at Hotel Africana in Kampala where she represented HE Gen. Yoweri Museveni.

According to the Chairperson Uganda AIDS Commission ,the action plan is aimed at bringing on board religious denominations in the promotion of four thematic areas of HIV and AIDS care and treatment.

The launch was a climax of the 4th Consultative Assembly of the Inter- Religious Council of Uganda that also marked 20yrs of multi-religious collaboration.

Inter Religious Council presented awards to Partners including HE the President who have been very supportive to the work of the religious council.

The religious council of Uganda aims at achieving a devinely , peaceful,united prosperous,Uganda where all people enjoy full health,and freedoms for the common good.

In attendance were Leaders from the entire Uganda representing all religions.