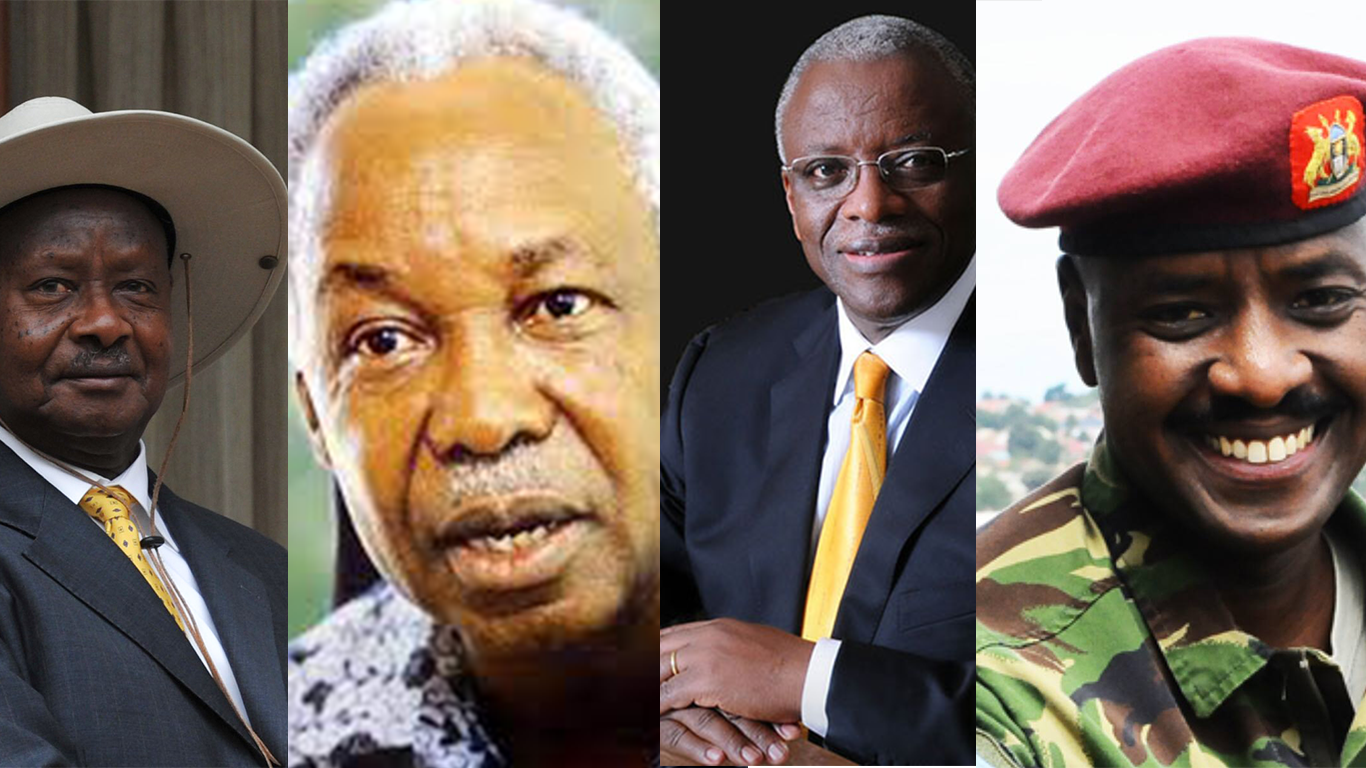 In the reported plan, Gen. YK Museveni is NOT going to quit both positions of president and NRM chairmanship at ago, this News site has learnt!

Instead, the man with a hat is reportedly simply going to maintain a firm grip on the sweet chair of his party-NRM until he will be pretty sure that his successor (read son) Lt. Gen. Muhoozi Kainerugaba has mastered firm grip on power.

In September last year, this news site reported a plan to amend the NRM constitution to create a special organ baptized as Elders Council for Ideological Stability in NRM. This council would house all the current influential NRM top brass mainly those in NRM CEC including Museveni and Haji Moses Kigongo. The council would be there to tactfully guide the new party leaders in the new transition agenda. (for details read: Museveni Succession Takes Shape In NRM-www.theinspector.co.ug).
We have now established that even as talk about this council gains momentum, a new shade of opinion within the establishment has reportedly emerged.
Under the new project, it is being suggested that NRM adopts a similar system used by Tanzania to handover power from Dr. Mwalimu Nyerere to a new person.
An Inspector explained that when Nyerere reached a time to hand over power, he only handed over that of state power (Government) but not that of the party-CCM or Chama Chamapinduzi.
“When it came to transition of power, Nyerere retained the chairmanship of CCM and opened up space only for president. He however, remained in the background using his experience and helped stabilize the presidency of Hassan Mwinyi (successor). This is what Museveni needs and his son Muhoozi. He (Muhoozi) will be learning on job” says a top Inspector.
According to our inspectors, Muhoozi much as he has been around in the system, he is yet to gain the necessary experience to manage both the party and government if released to him at ago.
“He can’t manage both. He will need the experience even as he’s in the system. The overlapping of roles needs someone of experience” our Inspectors said.

To fully qualify this point of argument, those pushing for Museveni to retain NRM leadership point to Amama Mbabazi who allegedly badly failed to steer both positions of Premier and Secretary General at ago forcing Museveni to strip him of the position of party SG.
“We saw what happened to Amama. When he became PM, he had to relinquish the position of SG because he couldn’t handle them effectively at ago. If Amama with his leadership skills and experience failed, how about our son Muhoozi who’s new?” Explained an inspector.

To begin with, Gen. Muhoozi will be learning tactics of how his dad has survived competition within his party.
Inspectors said Museveni has successfully always not subjected himself to any internal election in NRM. He neither went into NRM primaries for nomination as flagbearer nor election for chairmanship. And yet, other party leaders have been going through this situation apart from his vice Moses Kigongo.

It is stated that in the interest of avoiding unnecessary competition between president and party chairman, Museveni prefers preserving the current system where the president is also the NRM boss.
However, for this to happen, his successor needs to be handed power in halves so that there is no room left to crash Museveni’s legacy if done at once.

“But if MK is to come, the party will have to be robust in it’s operations and change its rules on nomination of flagbearers. In this case, the party (constitution) should separate the role of the chairman and the president. Currently, there’s that overlapping of roles under Museveni” says an Inspector.

The separation of the roles is badly needed according to Inspectors because there’s a likelihood that the new arrangement will give the party more powers than those of the president.
“We want NRM to be bigger than everyone including the president. This is meant to provide checks and balances and also hold the government accountable. The sponsor of that government is the party. This is what happened (happens) in Tanzania when Nyerere wanted to quit power. But it was a gradual process” our inspector said.
The country is awash with information suggesting that Museveni is fronting his son Muhoozi to succeed him. Already, Muhoozi has held birthday bashes in different parts in what his opponents say are acting as his political campaign launch. Muhoozi is however, yet to retire from the forces something that has left many NRMs at higher level confused on whether he isn’t playing a spy role for his dad. The president too is still mute on Muhoozi actions. Watch the space!