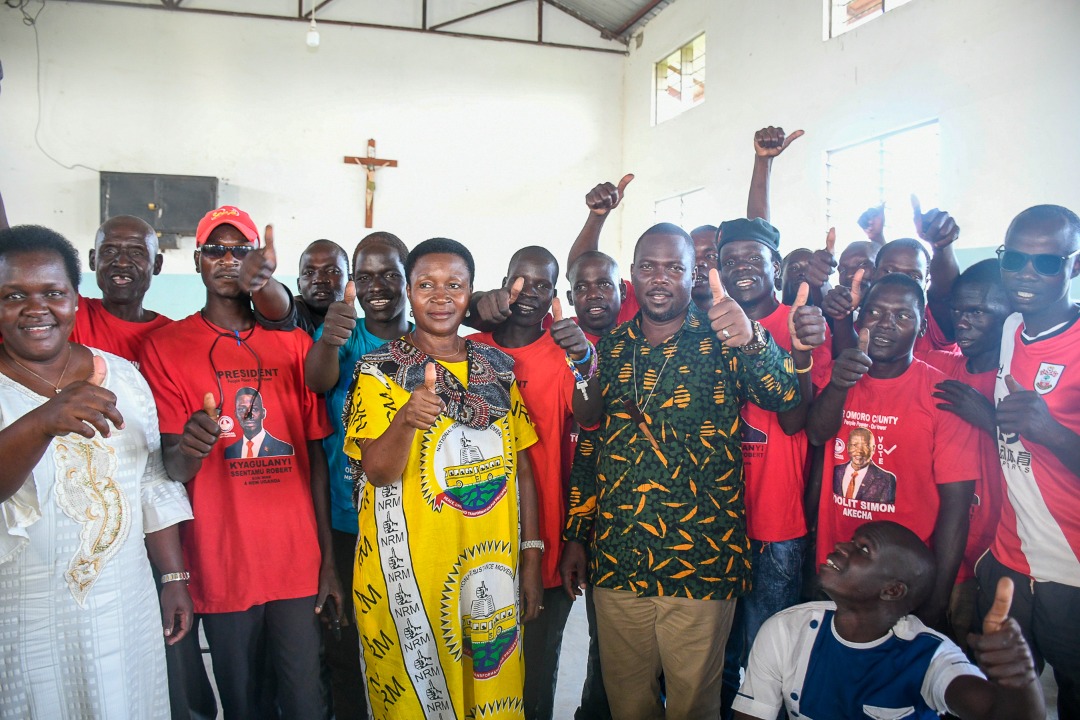 Opposition party-National Unity Platform (NUP) has registered a major setback in the politics of Omoro after 100 of it’s supporters converted to ruling party-NRM.

Those who defected came along with party regalia including caps and T-shirts bearing NUP principal Robert Kyagulanyi’s portrait and that of Simon Tolit, the NUP parliamentary candidate for Omoro by-election.
NRM Secretary-General Richard Todwong received the converts in Omoro district where campaigns to replace departed area MP and speaker Jacob Oulanyah is taking place.
The converts defected sighting what they called growing intrigue among their leaders and a lack of clear plans for them and the country at large.

“We first welcomed the opposition hoping to see any change but we have not benefitted in any way thus deciding to cross to the ruling party with hopes of getting assistance” the converts claimed.

Okello Jacob Henry, one of the converts asked NRM leaders to always remember and appreciate people who at all costs sacrifice and mobilise for president Museveni and the party to win.

“We request that when we have done our mobilization for the president, youth be remembered and appreciated for their good work, not to be misled by a few people who peddle lies for their selfish gains,” Okello pleaded.

Todwong welcomed the converts and applauded the youths for choosing to join NRM a party he described as progressive with clear intentions of uplifting the population to prosperity.

“We are rescuing you from bad groups. Do not join groups of people who are misleading you like NUP. The government is here to help our people get out of poverty. But if you remain in opposition you may miss out on government programs,” Todwong said.

He added the ruling party has identified challenges affecting youth and systems being handled to sort out issues to do with unemployment and limited skills required for the job market.

Meanwhile, the Director for Mobilisation, Recruitment and Cadre Development Hon Rosemary Seninde welcomed the youths into the NRM family and called on them to embrace the available government programmes to uplift their household incomes.

Hon. Emmanuel Dombo, Director of Communication accused leaders in the opposition of dishonesty.

“The opposition leaders you vote, lie to you and go to parliament to earn salaries. I advise you to work with the government and strive to better your lives and communities,” Dombo said.

They went to check on a 9-months old baby who was yesterday evening affected by teargas as police fired to disperse NUP leaders and supporters.
These were accused of campaigning in Acet town council beyond the 6PM campaign deadline.