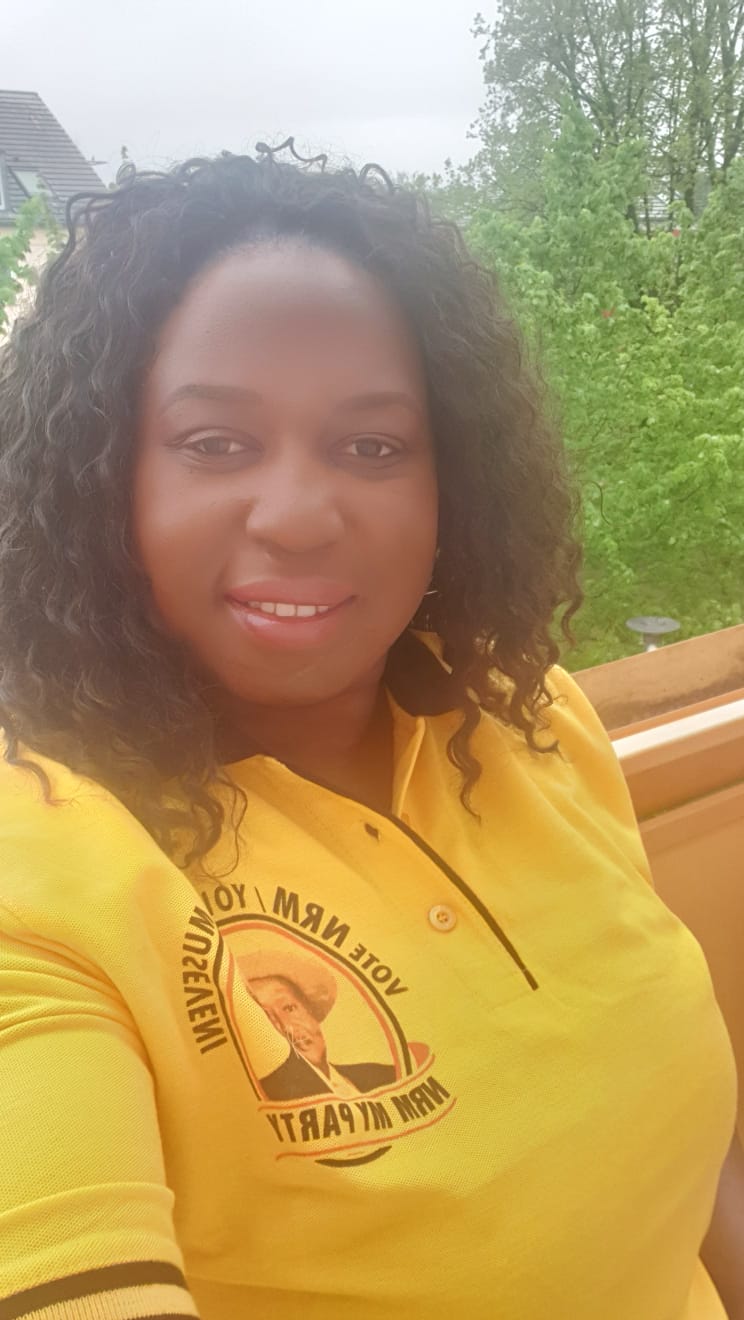 In an effort to redeem it’s seemingly tainted image abroad, NRM/government, is set to hold a convention bringing together it’s supporters and other Ugandans living in the diaspora to discuss matters related to human rights and investment in Uganda.

The convention according to chief organizer Lillian Ikulumet is slated for July 1-3 in Munich- Germany and will be graced by the NRM secretary general Rt. Hon. Richard Todwong Awany and NRM director for diaspora affairs Maj. Polar Awich.
This first ever convention is aimed at addressing various issues faced by Ugandans in the diaspora and also to try to market NRM/ government image in as far as observance of human rights is concerned.
Ikulumet has in the recent past proved to be an effective and smooth operator after putting up a well detailed defence for government and President Museveni at the EU Parliamentary Sub-committee on Human Rights in respect of alleged human rights violations.

It should be recalled that the government has in the recent past faced widespread negative publicity on allegations of human rights abuse. The government especially came under intense criticism after a series of nasty pictures of novelist Kakwenza and others circulated on social media indicating that he had been tortured by security forces. Kakwenza has since fled to Germany in exile.
In the aftermath of this alleged gruesome torture, most government officials became mute only for the lady from Teso Lillian Ikulumet to save the situation. She presented a paper to the Europeans in Brussels giving the government’s position on human rights and related matters. She said the allegations were being investigated and assured the Europeans that it is not the policy of president Museveni and NRM government to use torture as a means of suppressing dissent.
She told us that this planned convention is deemed to attract more than 200 guests to engage and debate with the NRM Party/Government representatives.

A soft spoken Ikulumet who’s the NRM diaspora representative says:
“H.E, President Museveni who is also our party chairman supports such engagement platforms that are intended to address various issues faced by those in diaspora. The objective of this convention is to bring together the NRM party and government representatives to exchange views with those in diaspora on various issues. We shall discuss the Human Rights subject to Uganda” she says.
She says the convention is open to everyone and not limited to only NRM fans.
“Other topics for discussion will include: Repatriation to Uganda in case of emergencies, the Labour market discourse in diaspora, youth/women economic empowerment government initiatives, investment opportunities for Ugandans in Diaspora and dual citizenship among others” she says.

The gorgeous and highly industrious Ikulumet added that one of the overarching questions to be addressed at the event is ‘How can the NRM government engage the diaspora in the domestic political process?
“It’s very important for us to know what the party wants to achieve and when? Which kind of effort is needed and resources it is willing to invest in reaching that goal? Such issues will be on the agenda” added Ikulumet.

She added that with all said and done, the convention platform will also be used primarily to raise visibility and awareness of the NRM government achievements, and initiatives for Ugandans both at home and abroad. It will also help promote Uganda as one of the best tourism and investment destination in the world.
According to Ikulumet, the convention is also targeted at expanding the party’s network outside of its national borders.
“Our goal with such an event is not only to engage with Ugandans in diaspora but to as well broaden the NRM Party network in Europe, in order to serve the party’s national interests abroad: such as opening doors for influencing foreign/international policy, policy input for domestic decision-making, and an input on policies that affect the diaspora itself, such as on out-of-country voting, or pension-systems for diasporas”. She said.
She said as Ugandans in diaspora, they are excited about this engagement and feel it is an opportunity for them especially in Europe (Germany) to come and engage with the ruling party, government officials, Human rights agencies and Ugandan missions abroad”.
She said the key activities at the convention will include Presentations and Keynote Speeches, panel discussions, group brain storming sessions, social connections activities, business exhibitions, women empowerment sessions, entertainment among others.

“As one of the major needs for most Ugandans in Diaspora, representatives from NIRA will be on site to process National Identification, birth certificates registration and embassy staff will also be on ground with regards to discussions on dual citizenship and passport acquisition/ registration procedures.This is a maiden event, that will be hosted for the first time in Europe in the southern city of Germany” a gorgeous Ikulumet said.
She said participants from Uganda Missions abroad, various NRM League chapters in diaspora, NRM fans and well-wishers are expected to come and attend the convention.