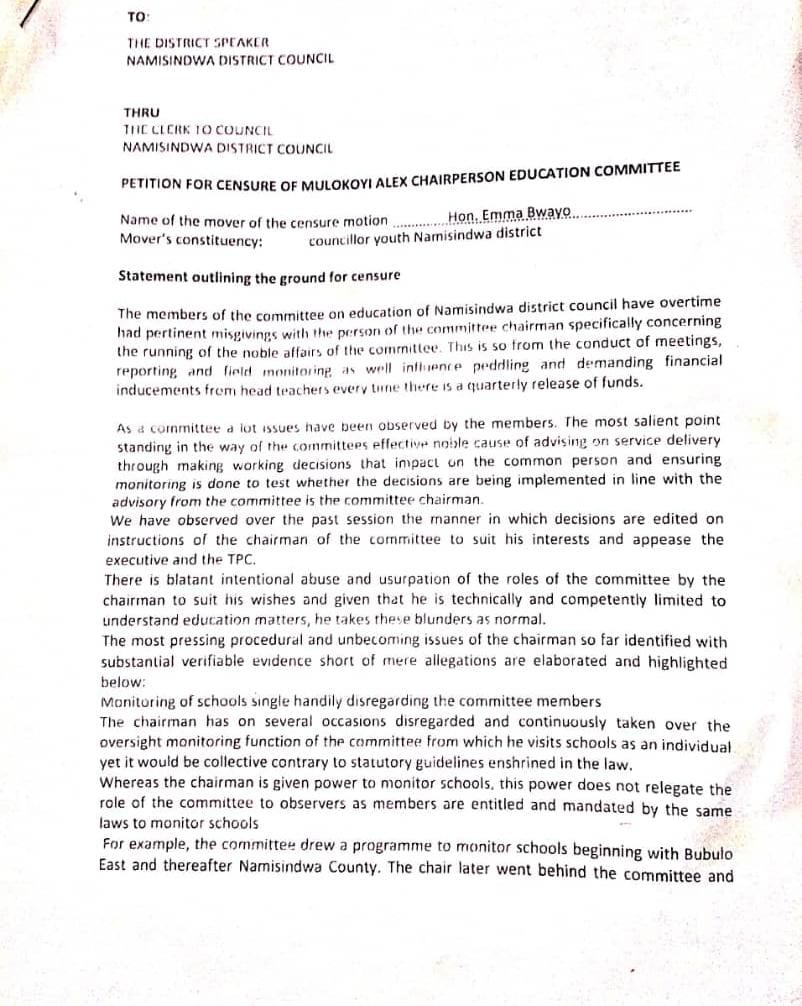 Education committee members at Namisindwa District Local Government Council want their chairperson Alex Mulokoyi censured over allegations related to influence peddling, and failure to engage them in the monitoring of government projects.

The committee members who have appended their signatures to a petition calling for a censure motion include Emma Bwayo, Lunyolo Marion, Masika David, Pokoto Pison, Richard Wakooli and Anthony Walemwa. The committee has seven members.

They accuse Mulokoyi of allegedly demanding financial inducements from head teachers every time there is quarterly release of funds. Mulokoyi is also accused of abusing the powers of the committee for certain decisions taken to appease the executive and the technical planning committee.

They also accuse Mulokoyi of not engaging committee members in monitoring of government programs; saying that he single handedly goes to the field.

Meanwhile, Mulokoyi says he has not yet received a copy of the petition seeking to censure him.

Dorothy Wolukawo the Namsindwa District Speaker has confirmed receiving the petition by the councilors in the education committee and says it will be handled when a council meeting is convened.