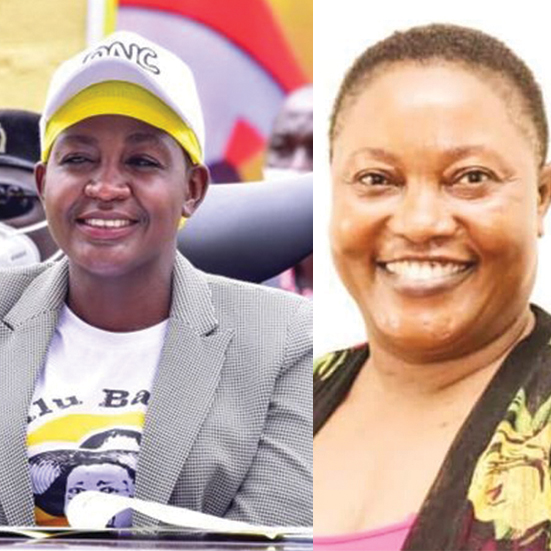 The minister for the presidency Milly Babalanda has directed all RDCs añd their deputies to rally behind NRM National Chairman’s Office (ONC) and the Bazzukulu teams undertaking mobilization activities in the field.

Babalanda guided that ONC is an office of the NRM chairman who’s also the head of state and that, this office is responsible for managing political mobilization and classified assignments of the National Chairman.
“You’re aware that we’re serving under the NRM government and our appointing authority also doubles as the National Chairman of NRM. We therefore, need to support the activities of this office that are implemented in your districts. These include mobilization of the masses to participate in development programs aimed at boosting their incomes, reminding the people of the four core principals of NRM and assessing implementation of the NRM manifesto” she said.

The minister also asked the RDCs and their deputies to introduce the office teams to members of security committees of their respective districts for purposes of coordination and avoiding infiltration by negative forces.

She asked the RDCs and their deputies to contact ONC head who’s also the national coordinator of the Bazzukulu movement Hajat Namyalo Hadijah Uzeiye on 0414671957 and or the office’s public relations officer also Lwengo district chairman Ibrahim Kitatta Almalik on his digits 0775549199 for any consultations.
Babalanda also directed the RDCs and their deputies to fight endemic laziness among the public.

She directed them to amplify the messages that change the mindset of people and also drawing youths to embrace poverty alleviation programs by government. She cited such programs as Emyooga, PDM, YLP among others.

The minister also reminded the RDCs of their duty to keep sensitizing the masses about the dangers of HIV and government’s intention to eliminate it by 2030. Her letter entitled ‘Implementation of Presidential Directives on Mobilization’ is dated today December 28 2022 and is hereunder attached.