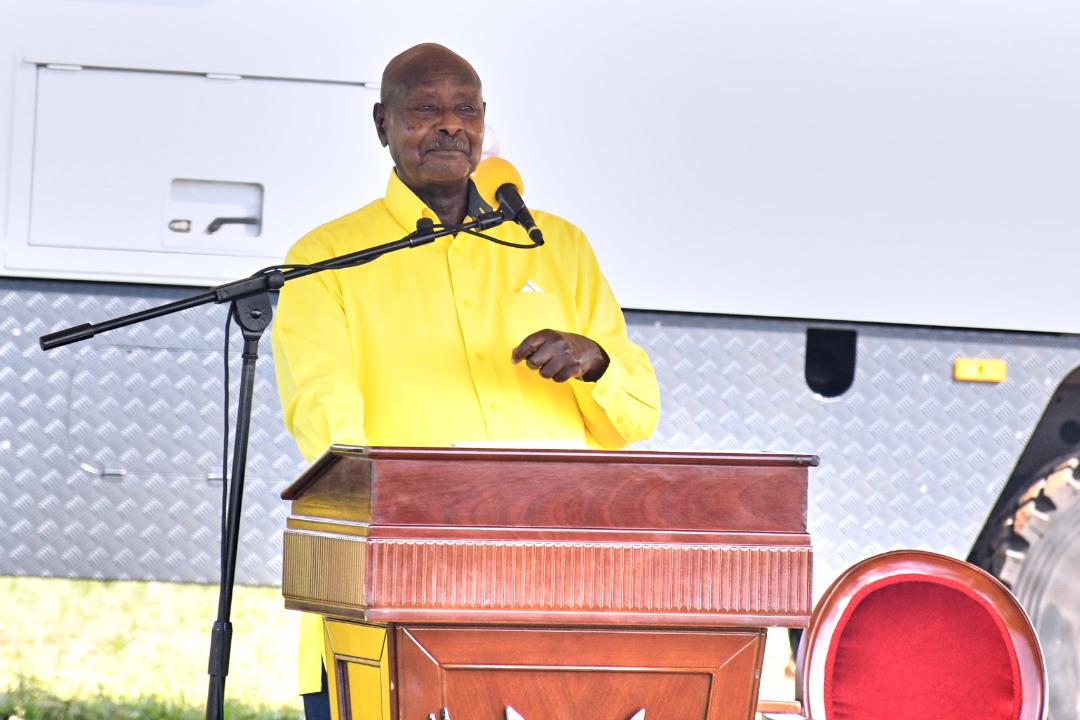 President Museveni is said to have gotten a hair-raising Intel in form of CCTV camera footage allegedly showing one of his ministers swallowing a mega bribe.
The bribe is about Shs180m and that the dark-skinned male minister from Eastern Uganda got it while in a posh hotel in Iganga town.

This alleged act is what forced president Museveni to make a mini-reshuffle last week where he named DP man Norbert Mao after getting serious setbacks from his own cadres who have refused to denounce corruption.
The Minister we can exclusively reveal got this bribe from some technocrats under the Local Government ministry’s jurisdiction.

Not so long ago, something happened on Iganga town. A male minister went to collect a bribe from some technocrats who were closely being monitored by state house’s Anti-Corruption Unit. The Minister we’re told gathered himself to Iganga upon getting a call from one of the legislators from Kaliro in Busoga that the technical people he was pursuing were known to him and wanted to settle matters like ‘gentlemen’.
The Minister we’re told asked for Shs200m out of Shs6bn that the alleged goons had siphoned from tax payers.

As such, the minister was asked to turn up in Iganga and get his part. Unfortunately though, the money was short by Shs20m but still, the minister carried it. Himself, the minister according to State House Inspectors got Shs160m and gave the balance to the deal’s broker.
However, unknown to him, the room where they were, had been wired with secret spy cameras which kept capturing all the details of the sharing session.
When all this was done, the Anti-Corruption agents reportedly leaked the footage to Jjajja Mwami (Museveni) who got shocked at the way his ministers we’re behaving. He accused them of frustrating his desire to kick corruption out of government. Left with no option, Inspectors said Museveni wanted to fire outrightly the minister and also cage him but developed a second thought. He therefore, decided to make a mini-reshuffle in which he chose to appoint opposition man Norbert Mao hoping that the opposition still loves the country.
“Many people didn’t know the secret behind the mini-reshuffle. It was a protest strategy by Gen. Museveni” says a top Inspector.

We’re told, Museveni arrived at this decision after seeing what is happening to key positions where former opposition people have been deployed. A case in point is parliament where both the speaker and her deputy were fetched from opposition Forum for Democratic Change party.
Museveni has never been short of tactics to nab his ministers. One minister Kabafunzaki was nabbed in the same way using cctv cameras as he went to collect a miserable bribe worth Shs5m from Aya investor at Serena hotel.

The president immediately fired the disgraced minister from cabinet. He also deployed now prime minister on speaker Rebecca Kadaga-led Parliamentary commission to see their operations. Nabbanja according to Museveni kept reporting every step that was being taken by the commission to him. When Kadaga was finally kicked out of Parliament top seat, he rewarded Nabbanja with a bigger post of prime minister, and demoted Rt. Hon. Kadaga to a ministerial position. At that time, Nabbanja had been one of the Parliamentary Commissioners. Watch this space!