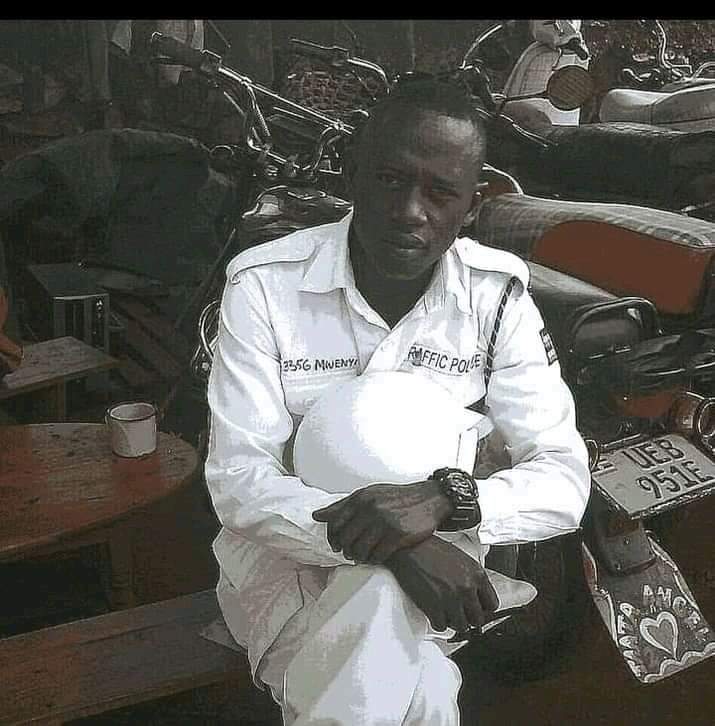 Officer Mwenyi, who was clobbered

A Ugandan police officer is fighting for his life at Mulago Hospital after his lover set a mob to clobber him for spying on her phone. The unfortunate cop has been identified only as Mwenyi, who is attached to the traffic police department in Tororo district.

As per a tweet from top cop Asan Kasingye, Mwenyi travelled from Tororo to visit his lover in the areas of Nakulabye in Kampala.

On reaching Kampala however, the couple got a misunderstanding after the cop checked the woman’s phone and discovered she was cheating on him with other men.

A furious Mwenyi is then said to have confiscated his lover’s phone and left home. However, it is said that the woman followed him and upon reaching Nakulabye town, she raised an alarm branding the officer a phone thief. Within no time, a mob descended on the officer and thumped him to near death. He was rushed to Mulago Hospital in a critical condition and by press time he was still fighting for his life.

The incident exposes the extent to which phones have fuelled domestic violence and relationship breakages among lovers and couples. It is upon this realization that many relationship counsellors advise lovers to avoid getting nosy with each other’s phones.