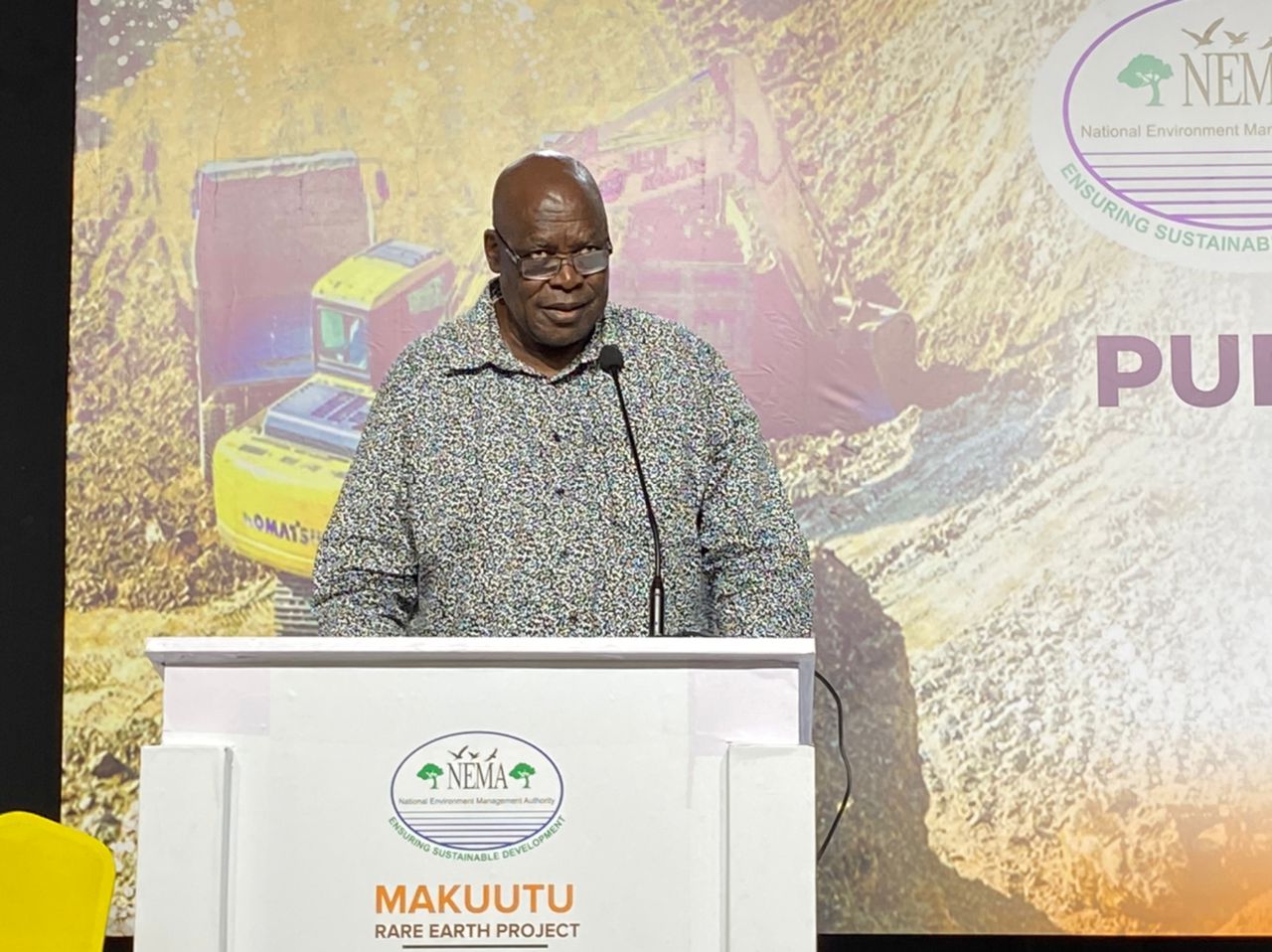 State minister for minerals Peter Lokeris has told the people of Busoga where Rare Metal minerals were discovered that government will take 70% shares on these minerals.
He says according to the law, whereas people are allowed to own land, all minerals underneath belong to government. He says the government takes 70%, District 15%, Sub-county council 10% and the people get 5%.

Lokeris made the remarks during a public hearing on whether or not to grant a mining license to an investor-Rwenzori Rare Metals company who is seeking authority from NEMA before starting the final process to mine these minerals.

“It’s true you want to pay us and relocate us but we also need a share on the minerals discovered from our land” the residents argued to which the minister responded this “You only own the land not what is under the land. The law gives government 70% ,15% is given to the district local government,10% to sub-county councils and only 5% to the residents’
The minister urged residents in Bugiri, Bugweri, Iganga and Mayuge districts to embrace the project of mining Rare minerals that was discovered in Busoga region.

“The law indicates that every mineral under the land belongs to government. I kindly urge you our good people to okay these investors so that they get a license from NEMA and that the project can begin” the minister urged adding that the law tells government and developers to consult the owners of the land where the mineral is discovered hence the public hearing.
He warned residents that if they block this project, NEMA will also not grant a license to the developer which he said which will stall the project.

The public hearing which took place at Makuutu Church of Uganda in Bugweri district focused on environmental and social impact assessment on Rare earth elements.
Meanwhile NEMA Executive Director, Barirega Akankwasa also assured the developers that NEMA will only give them license basing on the views of the residents.
“This developer has two weeks to handle issues of the people living on the land where rare earth minerals was discovered because we give a priority to the interests of the people as far as the environment is well managed” he said.

He assured the people of Bugweri, Bugiri, Iganga and Mayuge that this project will not affect them and their environment since NEMA is working on your interests.
Rare earth minerals are found in Busoga region on 44squarekilometer putting hundreds of thousands of people in four districts at a risk of displacement.
The residents want the exercise of compensation to kick off but still stuck with their ancestors lying in their land.

However, Bernard Ochola the land access resettlement plan officer, says that all residents will be well compensated and reallocated good places.
He said all affected persons will be fully compensated but clarified that it will be done in bunches of 50 families per shift.