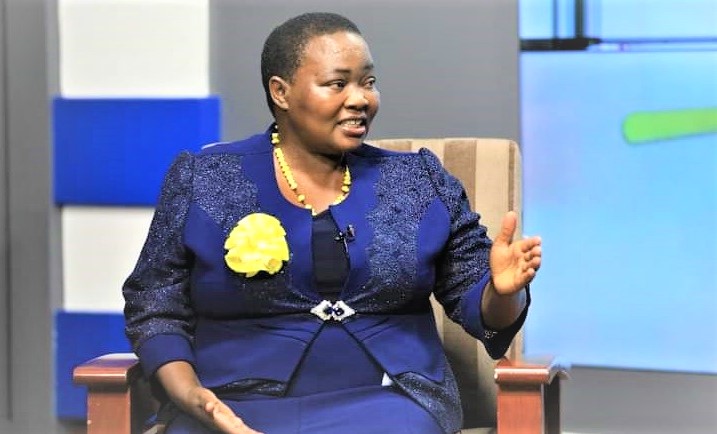 President Yoweri Museveni is reported  to have made two strong statements to premier Robinah Nabbanja. The first is to the effect that Museveni is bitter after realizing that his previous cadres posted as prime ministers had not helped him to deliver services.  Instead, according to insiders, Museveni accuses them of sitting in the offices without being on the ground. This in turn, gave chance for thugs to steal every coin his government had sent to the people in the name of service delivery. The OPM tasked to monitor, evaluate and report on government services according to Museveni was totally absent on the ground right from the prime minister himself.The president who met Nabbanja shortly after her appointment as prime minister is also reported to have accused his former premiers of engaging in cliques which badly injured his government and party.Museveni also confided in Nabbanja that his fight against corruption was proving to be difficult as some crooks keep using his name to steal public funds.

He said that he had all along been suffering with his name being used by unscrupulous individuals claiming to be his close associates. It should be recalled that former IGG Irene Mulyagonja resigned her job after her earlier suggestions that her war against corruption was proving to be hard as those who steal public funds were hiding under state house. Museveni thus told Nabbanja that she should go out and fight thieves at the same time make little presence in her office.”I want to give you all the confidence. No one should call you to say I am Museveni’s so and so. They want to misuse my name. If you receive such a call from anyone claiming to be my relative or friend, let me know immediately. Don’t accept any such claims. Report to me immediately. Please help me fight those thieves. They should not intimidate you” Museveni told Nabbanja.He went on ‘I am tired of prime ministers who simply sit in office. I have been let down by those people for years. They were never on the ground. From home, to office and vice versa. This must stop. Go to the ground’Our sources reported that this explains why Nabbanja is very rare in office and spends much of her work in the field. It is also the reason she has started biting on thieves the first causalities being four officers from her own office who have since been netted. The officers are accused of procuring and supplying fake relief to Kasese people immediately. The whistle was blown by Nabbanja who flew to Kasese and stopped relief distribution to Kasese people recently.Nabbanja also took the nation my storm recently when she refused to bank shs530m donated by city business man Ham Kiggundu on a newly created secret account. Ham had proposed this account on grounds that some people stole the previous donations for covid-19 and the only way was for them to create this account which would be monitored by the premier. On hearing this and armed with Museveni’s word on corruption, Nabbanja excused herself from the meeting and made a call to the president using his hotline.

She briefed him on the issue and Ham’s worries plus suggestions. The president told Nabbanja to bank the money on the government account just like she had insisted upon getting this money. At that time, the manager of the bank at Garden city had gone back home and he rushed back to receive Nabbanja money upon her request.Meanwhile, before she got off the line, Museveni sought to speak to Ham.”First of all, I want to thank you for the spirit of giving back to the people my son. This is good and you should encourage more people in the business community to also do the same. This is not a government war alone, but a war for all of us. I thank you. On the issue of the money, I note your concerns but at least have trust in your government. This is your government. The money is safe” Museveni told Ham on phone but however, asked him not to leave the PM’s office until Nabbanja returns with the receipt for proof of payment/banking that donation.This is how Nabbanja finally handled the donation and found Ham Kiggundu still around her office until he got his receipts. AMAMAIt should be recalled that Museveni fired former PM Amama Mbabazi after he discovered that he was fanning divisions in the party. Mbabazi was sacked as prime minister and also as NRM party secretary general and he finally stood against Museveni in 2016.

Why Speaker Oulanyah Appointed Sarah Kagingo As His Mouthpiece