Why Speaker Oulanyah Appointed Sarah Kagingo As His Mouthpiece 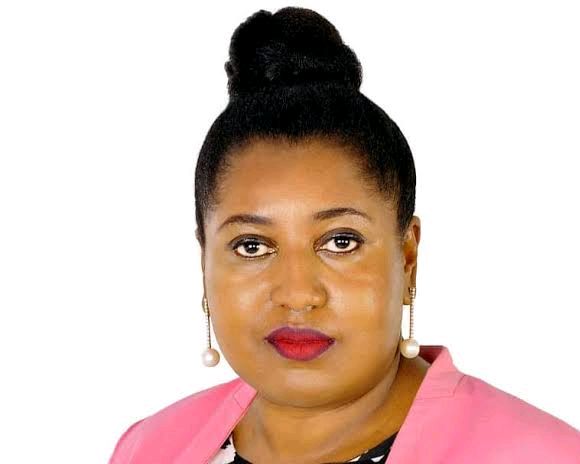 Sarah Kagingo’s appointment as the principal press secretary to the speaker of Parliament took many by surprise, but here is why she scooped that job! Sources revealed that several people had been scheming for this position only for the speaker to surprise them by appointing Kagingo who hadn’t been anywhere in the lobbying group. Recently when rumors circulated about the alleged ill health of speaker Oulanyah, Kagingo through her media company put up a spirited front by giving updates on the speaker with pictures. This in turn, allayed public fears that the speaker had been in bad health status. Oulanyah later returned to the country with a bang and was welcomed in a scientific but colorful ceremony by his MPs and deputy speaker.

WHY KAGINGO?
To begin with, she has served as the president of Public Relations Association of Uganda, an association that brings together all PROs in this banana republic. This according to analysts, makes Kagingo a better candidate because of her vast experience and network.Secondly, Kagingo within state house circles is taken as a celebrity because she’s reported to be the brain behind the recent dynamics in the communication system of state house especially for the president. During her stint as a special presidential assistant on media, she made Museveni’s work visible on social media, a trend that has since become the norm by the president’s handlers to date. The president these days even communicates critical issues on social media platforms.

“This has made the president attract more followers on social media which wasn’t the case before. The social media platforms of the president are now running fully and there’s a lot of visibility for the president and his work. Therefore, her appointment by the speaker is hinged on such positive experience” the sources said.And yet, even among those who have worked in Operation Wealth Creation, testify that Kagingo’s footmarks are still visible there. Here, she was also in the communications directorate until she decided to concetrate on her media company. “Politically, Kagingo isn’t new. She’s well networked within the leadership apparatus of this country. She’s therefore, well positioned to make firm decisions and defend the speakership authoritatively. She also brings confidence to the speaker that the system is fully behind him and no one should bull doze him. Kagingo knows all mafia politics and how it manifests. Her appointment is a good decision” the source said.At a personal level, Kagingo according to MPs is versatile, social and multi-lingal which makes her easily blend with anyone. “She will no doubt be a vital person to this institution. She welcomes everybody and it is difficult to tell when she’s annoyed and when not. These are traits of a good mobilizer and leader. I really congratulate the speaker for making this choice. ” says MP Peter Okeyoh.Kagingo is a former guild president of Makerere University. She narrowly missed to go to the regional assembly-EALA in 2016. Contacted for a comment on this news, Kagingo confirmed it.

“It is true I have been appointed and I give the glory to God. I also thank my appointing authority for choosing me. I promise to serve diligently and to make the office of the speaker visible in all aspects”

she said on phone.Congratulations Sarah!!