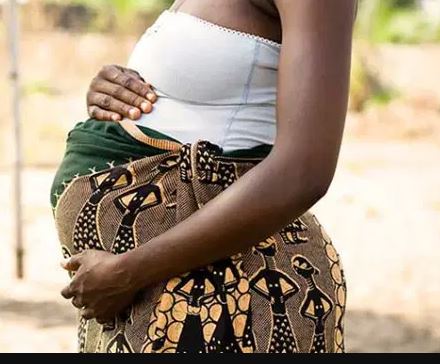 Uganda is grappling with increased cases of teenage pregnancies due to the lockdown. This explains why many parents are pressuring the government to open up schools so that they can send their idle children to the educational institutions so as to save them from raging sexpests.

A recent report revealed that over 4000 teenage girls fell pregnant in the recent lockdown and are at risk of missing studies once school resumes. However, similar cases have been reported across Africa, with Kenya, Zimbabwe also experiencing a similar challenge.

But perhaps one of the most unfortunate stories of Covid-19 lockdown pregnancies happened in Zimbabwe after a landlord suffered a double blow when his tenant impregnated both his wife and daughter during a recent lockdown.

Sources say that trouble for the Budiriro-based landlord, only identified as Nyauta, began when he hired the tenant identified as Reason Musiwechivi to ride his wife to town due to the lockdown’s travel restrictions. Nyauta and his wife have been married for 20 years and are blessed with 3 children.

It was reported that Reason rode his landlady to town on a daily basis but soon Nyauta who is a teacher got rumours that the rider and his wife would spare time to have sex before he rode her back home.

Nyauta first confronted Reason but he denied the claim. However, hell broke loose when about a month later Nyauta’s wife clashed with his daughter at Reason’s home after the pair met there while each of them had gone there to get service from the bike rider.

It was then that the mother learnt that her daughter was two months pregnant for the rider; meanwhile, it emerged that the mother was also carrying Reason’s 3-month-old pregnancy.

Sources say mother and child had kept the matter secret but their 40 days ended when Nyauta’s wife went to a pharmacy to buy abortion pills.

It is said that she unfortunately confessed to the pharmacist who happened to be Nyauta’s close buddy and so he revealed the dark secret to his friend.

It is said that the furious landlord attacked his tenant but the situation was saved by other tenants who separated the two men. The landlord has since evicted Reason from his house and also sent the wife packing as well. The couple are yet to divorce even though they are separated while the daughter is still living with her dad.