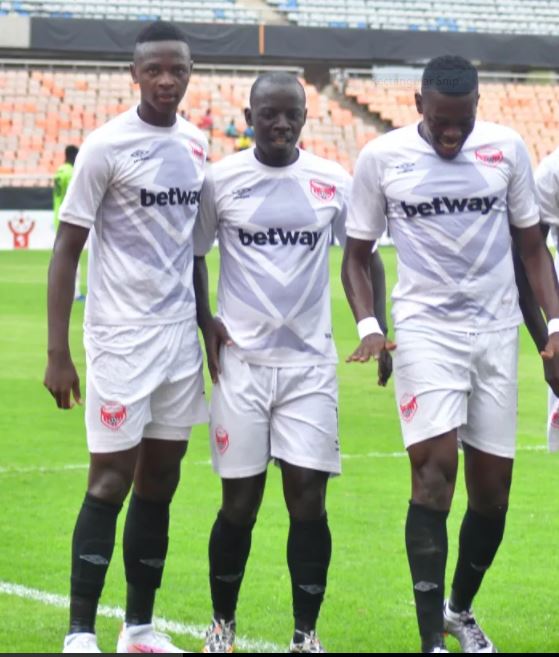 Ugandan side Express FC beat Malawi’s Nyasa Big Bullets to lift the CECAFA Kagame Cup on Saturday evening. In a scintillating match played at Tanzania’s Benjamin Mkapa Stadium, Martin Kizza scored the Wankuluku outfit’s sole goal in the 22nd minute to bring glory home. The win ends express’s 26-uyear long wait for a trophy, with the Wasswa Bbosa led side having last won a trophy in 1995.

The Red Eagles will however have to thank their danger man Eric Kambale who dispossessed a Big Bullet’s player just after the half way line and then initiated a sweet and quick one-two interplay with midfielder Muzamiru Mutyaba who then released a sweet through ball which Kambale squared to Kizza to slot a cool sitter at the back of the net.

The win is express’s maiden club’s cup triumph but the icing on the cake is that it guaranteed them a US$25,000 (about Shs90,000,000) prize money from football governing body, federation of Uganda football associations (FUFA).

The prize was staked by FUFA after they saw off Zanzibar’s KMKM in a 2-1 win at the Azam Sports Complex in Chamazi, Dar es Salaam last Tuesday evening. The prize is a repeat of a similar offer that FUFA extended to KCCA FC which won the 2019 CECAFA Cup edition. It should be noted that the 2020 edition was not held due to coronavirus interruption. Congratulations Express!!