Locals cleanse thieving councilor over failure to rob for their village 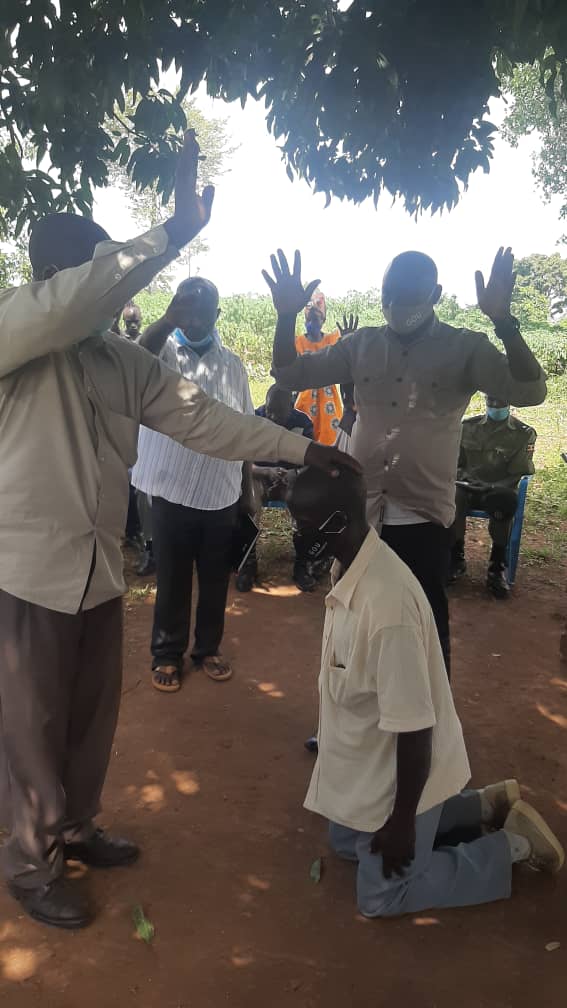 A local politician in Pallisa district has left his voters frustrated over his addiction to theft.

Our Inspectors have learnt that prior to being voted councilor, Omululu (whose name loosely translates to greed) was infamous for his long fingers, with his evil calling well known throughout Owokodo Village where he is born.

“The entire village has known him since childhood as a thief who can steal anything from hens, pigs, and at worst case scenarios even rags,” a source said.

It is however said that despite his kleptomania, Omululu is also a kind man, the reason he has survived lynching to date.

Sources added that during the previous electoral period, Omululu shocked all and sundry when he declared his intention to represent Kafusi parish at Pallisa Sub county.

Quickly, the locals challenged him about his kleptomania, telling him off that he was going to shame them. However, a smart Omululu promised the villagers that the only way they could cure his habit was keeping him busy with the political office.

“He actually told them he had learnt from late former Kampala mayor Nasser Ntege Ssebaggala who stole from the Americans hefty sums of dollars to come and develop his people back home. He thus vowed to steal for them supplies from the sub county to make them rich,” a source intimated to us. “He reasoned that since government structures are full of thieves, it would be wise for the locals to send a thief to steal from those thieves.”

Having bought into Omululu’s strange manifesto, the Kafusi locals showered him with votes so as to elevate him from stealing hens, spoons and pigs to more sophisticated stuff like roads, schools and other social amenities.

Sources however say that the locals soon learnt that Omululu had sold to them hot air after they began nabbing him in acts of petty theft.

Earlier this week therefore, the locals held a meeting to resolve the ‘curious case of Omululu’ once and for all.

It has emerged that in the meeting, the locals resolved to cleanse Omululu of the spirit of kleptomania especially given that he had failed to graduate to stealing reasonable things for them as he had promised in his manifesto.

Majid Dhikusooka, the DPC, and the Pallisa Sub county chairperson to witness everything.

Prior to the cleansing prayers, however, Omululu was made to first apologise to his voters for disappointing them. He then vowed to stop stealing from them but rather stick to his campaign promise— if push comes to shove!