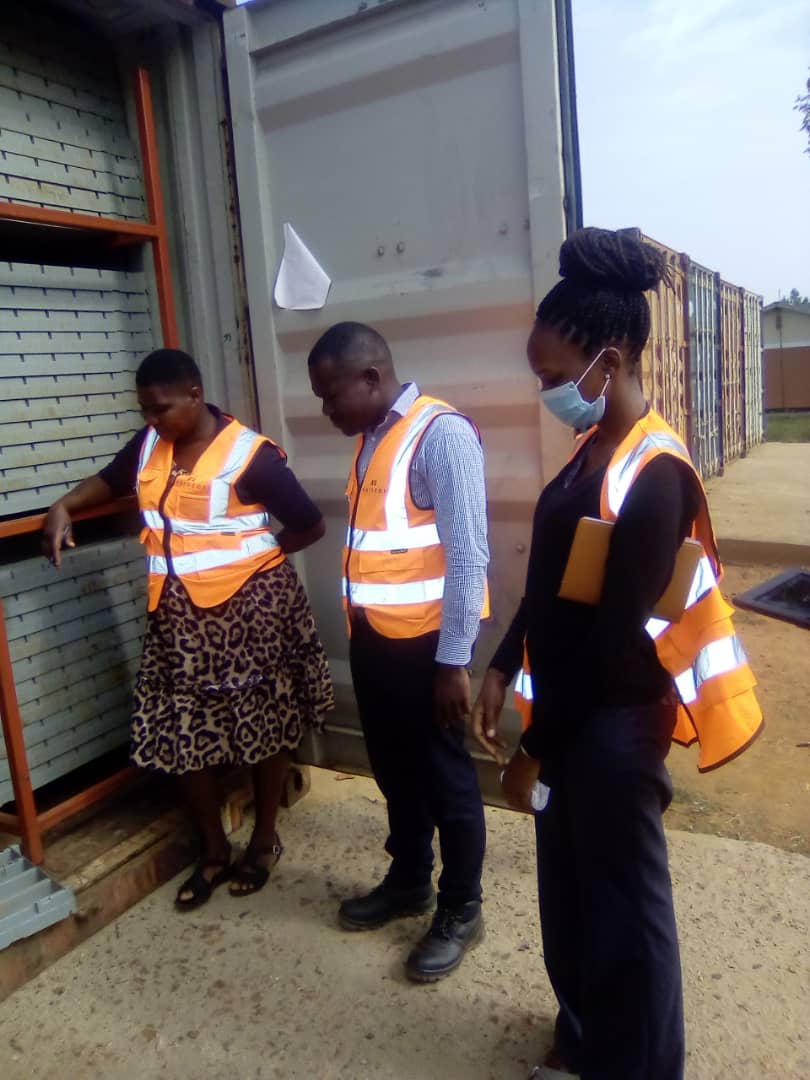 Namirimu with colleagues show us samples of Rare Earth Metals

Interesting news from Busoga sub-region is that the region has been confirmed to be hosting a basket of valuable minerals that among other uses, are critical to the manufacture of technologies most people are familiar with. These minerals are within clays approximately 15 – 20m below the earth’s surface. The discovery has been courtesy of a private company called Rwenzori Rare Metals that has been camped in Busoga almost for a decade now.
Minerals called ‘Rare Earth Elements’ have been confirmed in the districts of Bugweri, Mayuge and Bugiri. Exploration work is still continuing in districts of Mayuge and Bugiri with intensions of increasing the resource base and reclassifying the indicated resource to a measured/confirmed resource.

In Bugweri District, Makuutu sub-county has been at the center of these activities. The sub-county has four parishes of Makuutu, Kigulamo, Makandwa, and Kasozi.
According to what we gathered, Makuutu parish which boasts of seven villages, three of them are rich with this mineral. The three villages include Buwongo, Buswiriri, and Makuutu itself. Other villages with deposits according to our Inspectors include Mawololo, Buyayu, Nakavule, Makandwa Central, and Nabweya. Makandwa Central is said to host the biggest resource in Bugweri District.

According to Deborah Namirimu, the OC of Stakeholders Engagement and Communication, exploration studies started way back in 2012 when the Makuutu – Buwaaya area was identified as a potential minerals exploration target from regional airborne radiometric data. Following a pitting and sampling program among other studies, the presence of these minerals was confirmed later in 2016.
“This mineral is found in clay. It’s not rare as the name goes Rare Earth Elements, but it’s only that finding such minerals in a mineable lumpsum is rare. In 2021 is when we confirmed the existence of a mineable resource in Bugweri. These minerals are good for electricity generation (wind turbines), good for laptop and smartphone technology. This deposit is second to the one in Southern China” Namirimu told Our inspectors in Bugweri.