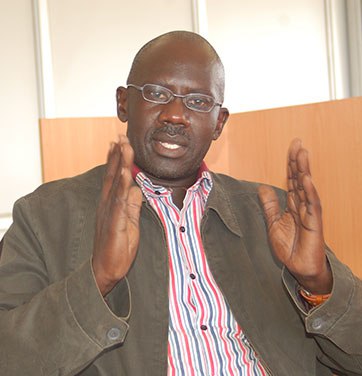 While I largely associate with the issues raised , my point of departure is the mode in which our leaders have chosen to address Mr. Museveni. Why should it be a tradition to present the same things to President Museveni, year in, year out , meeting after meeting summoned by Mr. Museveni without demanding for accountability of the previous petitions.
Why wouldn’t our MPs who have the best platform to address issues concerning our people in Parliament, prefer tabling people’s concerns in non formal meetings with President Museveni?
When shall our leaders question and demand the President to first account for what he has been pledging instead of jeeping the same stories to him ??
Would there come a time that our leaders will give ultimum to President Museveni to respond with measurable actions before petitions and petitions and petitions on the same,same subjects?

Overtime , it’s well known that the same issues that MPs, and leaders from the north have repeatedly presented to Museveni are; cattle compensation, major national roads links Lira-Kamdini, Rwenkunywe-Apac- Lira in Lango ,Apaaland/ land grabbing- in Acholi,etc and yet Museveni’s government has ignored it for now three decades.

Taking into account that , Museveni’s last constitutional term ends in 2026 ,we must be concious that, Museveni is left with only three years to quit unconditionally and if he has not been able to address these same issues in the last three decades( 30 years ),
What would we expect,the Museveni’s regime to do in the three years left?¿?
Wouldn’t it be time for our leaders to give President Museveni an ultimatum upon which such pledges MUST be fulfilled or some other political actions are taken against his regime??

In giving this opinion, I don’t despise the efforts by our leaders but I insist ,that the begging nature of our mandatory MPs or leaders don’t bother Mr. Museveni and yet they can choose a more proactive approach to demand for fulfilment of pledges and services from government as duty calls.
As citizens , it’s our duty call to demand for accountability of our leaders and government without acompramise.
And as long as President Museveni continues to wine and dine in meetings with our leaders we shall not hesitate to take civil actions to compel response and reactions on our plight as citizens.
We damand accountable and measurable actions from LPG and APG and above all, President Museveni
For God and My Country.